Returning to the @ClevelandClinic in the morning


I’m generally a happy person but sometimes I really hate the holidays.  Those sometimes tend to be when we begin experiencing all the fallout from all the overstimulation and excitement.

I mean, it never fails.  No matter how hard we try to avoid this, not only for our sakes but for the sakes of the kids as well, it seems an inevitable fate. 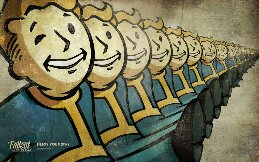 Right now, Elliott and Emmett but especially Elliott, are tippy toe dancing on my last nerve.

I love them but how crap are they driving me crazy right now.  Elliott is literally whining about everything and refusing to eat.  He’s also super clingy right now as well.

Lizze is just physically so far past her limit, we can’t even see where the line was to begin with.  She’s barely able to move and isn’t sleeping at night again.

Gavin is really annoying today.  I know that sounds really bad to say but it’s the truth. He’s just being annoying.  He’s not really doing anything goes wrong, he’s just repeating himself, not listening and saying things to the boys that gets them all worked up.

I blame the holidays and all the excitement and overtimulating things that go along with it.

Clearly our attempts to thwart this fallout failed miserably.  At least we know own what doesn’t work. This should help us to re-attempt the avoidance of this same fallout next year.

How are you all surviving?? Any fallout to speak of?