The Game Cube broke. It's the end of the world, literally. -

How do your kids get along?

Are there any Christmas presents you wish you could make disappear?

The Game Cube broke. It’s the end of the world, literally.

Holy crap.  Elliott is in a really, really bad place today. At the moment, he’s like a really old stick of dynamite.  The slightest breeze will set him off.

My heart is breaking for him but at the very same time, he’s driving me up a wall. 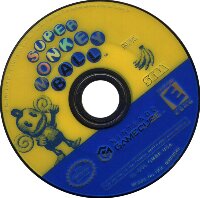 Right now Elliott is devastated because his Game Cube died, that’s right, you heard me, Game Cube. He’s obsessed with the Game Cube, it’s one of his aspergers traits.  He sorta gets really tunnel visioned on the Game Cube and is very emotionally invested in it.

Among his most favorite games in the world, Super Monkey Ball ranks very, very high on the list. Unfortunately, his game won’t play anymore and his Game Cube just died.  You can’t buy this stuff anymore, with the possible exception of ebay.  Plus we’re not in a position to replace it anyway.

I’ve told him that we will get them a Wii U with tax return.

The problem with that is he has to wait and that’s causing a great deal of anxiety.  I probably shouldn’t have said anything.  However, he’s crying and screaming and I didn’t know what else to do.  Honestly, I panicked…..

We still have a few weeks until that ship comes in, a long few weeks….

I think that just moving to the Wii U is the best idea.  Personally, I think the game itself is fine, it’s the Game Cube that’s dead.  Although I’m not sure if the Wii U plays GC games or not.  However, there are plenty of Monkey Ball games for the Wii that will play on the Wii U.

Moving to a game console that’s not over a decade old is a smart idea.

It may be more than a few weeks, the IRS pushed back the date to file taxes to the 30th and returns will come in 7-21 days after that. (I just got my registration to do taxes and spent yesterday learning about tax changes)

@MeganCKitchen I was originally delayed to the 17th. I may depend on your income bracket. I wish confession would get its actually together.

Isn’t the wii u really expensive?
My kids are driving me crazy for one, but I can’t see spending $300+ on a game with all the other expenses we have to deal with.

@Jimnumber2 It is $300+ but that’s not bad for a newly released game console. Sometimes we’re able to budget in things like this. Since we no longer have to replace our TV out of pocket. I can pull this off.

@Jimnumber2 your absolutely right. This is just one of those rare times where it works out for us.

@MeganCKitchen I was checking this out and you’re right, Jan 30th. That sucks…

Rob, if you haven’t already done so, check out Amazon.com. They have Gamecubes for under $30 there. Of course you still have to deal with the wait anxiety though.

Isn’t the wii u pretty expensive?