Confessions of an #Autism Dad: This is deeply personal

Cats in a tree

Confessions of an #Autism Dad: This is deeply personal


What I’m about to share with you is deeply personal.  I’m laying down on the couch trying not to have an anxiety attack or vomit.

At this moment in my life, rational or not, I feel like I’m losing Elliott.

Elliott, at 6 years of age, has been forced to deal with one trauma after another.  Most of these were a result of his big brothers violent behavior over the years.
It’s not like I wasn’t trying to protect Elliott and he wasn’t physically injured by Gavin.  However, he has been hurt on an emotional level.  I hadn’t realized just how bad it was until tonight.

Lately we’ve been struggling with Elliott.
He’s so angry anymore,  and I honestly can’t blame him.  In his eyes, he’s lost his older brother (Gavin moved in with his grandparents) and everything that he was able to eat before he was recently diagnosed with a tree nut allergy.

He was also just diagnosed with severe depression on top of the previous extreme anxiety and ADHD.

Its no secret that Elliott and I are very close.  He’s my first born and he almost didn’t make it.  He spent the better part of 2 weeks in the NICU fighting for his life.  That was the most scared I have ever been in my whole entire life.

Trust me, that’s saying something because I used to run it to burning houses for a living.

That experiences in the first days and weeks of his life forged this bond between him and I that makes our relationship unique.  Does that make sense??

Back on topic now….

Tonight, Elliott completely lost it.  Truthfully, I don’t remember exactly what happened because I spent the time he was screaming at me, fighting back the tears.

There was a bit of confusion tonight about whether or not he could play his 3DS in bed for a few minutes before his melatonin kicked in.  Normally it’s not a problem but tonight was different.  I made the comment before dinner that if he wanted to play his 3DS at bedtime for a little bit, he needed to stop goofing around an eat his dinner.

When it was time for bed, Lizze decided that they needed to take a break from the games tonight.  For the record, I was on board with that.

She didn’t know what I had told Elliott earlier and quite honestly, I forgot. 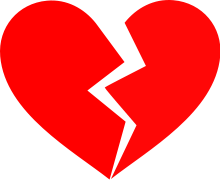 It was like someone had flipped a switch and turned Elliott off and at the same time, turned Gavin on.  I’ve never seen him like this before and I didn’t known what to do.  I tried to comfort and defuse him but he raged and raged is not an exaggeration either.

He began hitting himself.  The sight of him doing this just broke me on the inside.
After trying to give him his space and waiting for him to settle down, it became clear that he couldn’t.

This was very different from Gavin’s tantrums in the sense that Elliott was completely beside himself.  No part of him was in control of this and it was like the flood gates had been opened and his soul was purging itself of all the pain, rage and anxiety that it had been unfairly forced to carry.

After I got him upstairs, he lost it once again.

He became much more aggressive this time.  He was hitting himself in the face and screaming that he hates himself.

My heart was literally shattered when he turned his aggression towards me.  He came at me, getting right in my face and screamed as loud as he could.  He began calling me a liar and switched back and forth between him hating himself and me being a liar.

At this point I scooped him up and just held him in my arms.

I tried explaining to him that no one had lied to him.  I told him that before I could explain to Mommy what I had previously told him, he melted down.

I was fighting back the tears as best I could.

Lizze had been trying to distract Emmett but also came in to help comfort him again.  She managed to get him into bed so that I could collect myself.

I need to write this because I don’t know how to even begin to process what just happened.

I feel like I’m losing Elliott and it’s my fault.

I should have removed Gavin from the house, way sooner than I or rather, we did.  I was trying help Gavin and the whole goddamm time, Elliott was paying the price.

Life can be so hard.

I’ve had many conversations with my ASD 18 year old daughter recently, and she has told me that most all of her childhood melt downs were about when she felt lied to…(ALWAYS unintentionally on my part)…in just such situations, where one thing was promised, and then somehow life got in the way and circumstances prevented the promised thing from occuring. ASD kids that age don’t seem to have the ability to process the nuances. What I’m hearing in this post is that Ellliot’s melt down was very triggery for you, in that it seems that he’s sort of “become” Gavin. But he’s not. He’s still Elliot. You still have that bond and he is still your firstborn son.

@AlanaJulianaSheldahl That was very well put. Thank you for helping me keep perspective.