Being investigated by Child Protective Services -

We will be interviewed by Child Protective Services today

Major Announcement: Helping to recover kids with #Autism that wander away

Being investigated by Child Protective Services

I apologize for the delayed update but today has been pretty crazy.

As you likely are aware of, someone has reported us to Child Protective Services.  They claim that we don’t take our kids to the doctors and follow up with their medical care.

Ironic right? That’s kinda how I feel about it.

I spoke with the investigator (social worker) this morning after we returned from the Farmers market.

We decided that she would come by after school and conduct her interviews and collect whatever information she needed.  I wanted to get this over and done with because the stress of this has Lizze sick and honestly, I’m not too far behind.

When the too social workers arrived, the boys were upstairs playing and we had our grownup talk before calling them down.

I can’t stress enough, just how nice the social workers were.  They were very understanding and accommodating. We were treated with respect and dignity and I got the feeling that they already knew where this investigation was going to lead them.

When it was time to interview the boys, we called them downstairs.

They agreed to have us present because they wanted the boys to feel safe.

This is when things got a bit crazy. 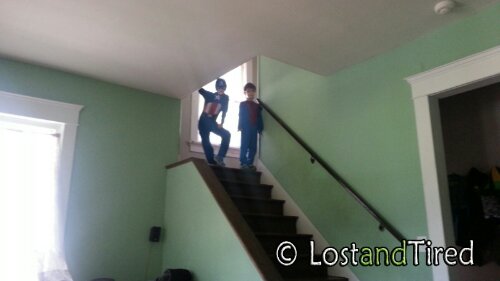 The social worker said that this was probably their way of feeling safer.  Besides, it was friggin adorable.
Of course, the boys were all in rare form.  While they were being interviewed, the we’re using their hands to talk. You know, sorta like little puppets.

It was really cool because the social workers talked back to them the same way and the boys liked that.

Then Mr. Emmett John decided to kick things up a notch and inform them that “Gavin pee’s on the floor in the bathroom”.  Gavin didn’t hear that but Lizze, myself and the 2 social workers did.

They were cracking up because Emmett just kept rattling all these random things off and it was awkward…….hilarious but awkward.

I showed them around the house.

They needed to make sure the boys had beds and their bedrooms were safe. They also had to check the kitchen to make sure we had food.

That was pretty much it.

I mean, there was more things in between and I’ll share how this has affected the boys in a later post.  For right now, we survived today’s investigation.  We will have to wait at least a week before we hear anything.

We signed a bunch of releases for Akron Children’s Hospital an the Cleveland Clinic but it may take awhile to collect the information needed to clear our names.

The next couple of weeks are going to take forever and honestly, the stress won’t be going away until this is completely behind us.  That being said, today went really well and by cooperating we are helping to protect ourselves from this kind of malicious attack in the future.

I have more to say about this but my battery is dead and we have to get the boys to bed.

Expect more from me later tonight.

Thank you all so very much for the enormous outpouring of support.  We very much appreciate it.  🙂 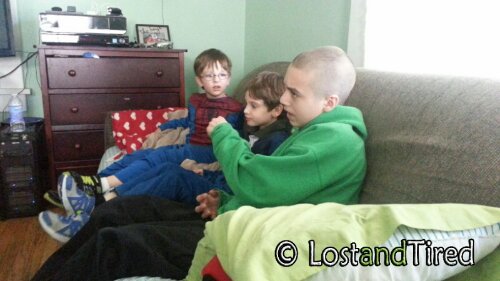 I  have a friend that works for CPS as a social worker.  .  The first time she came over my house for a playdate I admit I was a bit nervous.  I was thinking, what if she thinks my house isn’t clean enough, what if she sees something I don’t, etc.  But I talked to her about her job and she told me that she really has to go in people’s houses and base everything off the bare minimum and she says she’s seen a lot been in really nice houses and been in houses where they barely had any furniture.  Pretty much if they can determine the kids aren’t being neglected or abused, there’s a bed to sleep in , food in and drinks accessible in the fridge and cupboards, and they have clothes, no infestations in the house or anything they’re good.  I can’t imagine going through that.  I would be so worked up.  It’s amazing what some people are willing to do out of spite or a quick unfounded speculation.

I know you will be worried until it is actually over, but it sounds like a slam dunk.  Social workers see such terrible things — it was probably a joy for them to see your home and family.

mkosmicki1 upliftingfam KatMoody thanks everyone.  We all really appreciate it.

I hope that the social workers have kids of their own and know that children sometimes make up false stories, ie peeing on the bathroom floor, ect.  It sounds as if you don’t have anything to worry about other than them being a pain in your rear for 30 days.  Again, I am so sorry that you have had to deal with this nonsense.

I’m so sorry to hear you are going through this! It’s Crazy they go after your family – but the people that let their kids miss 43 days of school in Northern California .. Nuthin.

We as special needs parents know in the back of our minds this is a reality at any given moment but when the phone call comes in our hearts sink. We know we have done everything we possibly can so we cooperate more easily. You guys are amazing parents!!!!!

My social worker sat down and cried as she said to me I feel silly sitting here with you… he is a happy healthy friendly little boy 🙂 he is clearly well loved and taken care of… you are a great mom keep doing what you are doing! They too were very nice.

It was perfect. The social workers were cracking up and it helped Lizze and I feel more comfortable

So glad to hear that it went well… and that the boys wore costumes. 🙂

Are you saying that the social workers not only had heard of autism spectrum but actually understood it?  Holy Cow!  Sounds like the boys did really well.  🙂

sounds like how it would go down at my house!

I had to laugh…not at the situation being funny but that someone would say you weren’t doing what you needed to do medically…I mean it seems at times you practically live at the hospital don’t you? Wow…