The Problem with “Imaginary” Friends

Emmett’s finally decided…..what he wants for his birthday

A tribute to Emmett on his 5th birthday

The Problem with “Imaginary” Friends


Before anyone hates me, I’m not anti-imaginary friends.  Let me explain my problem so that everyone can retract their claws.

The problem is not with imaginary friends per say.

Imagination is such an important thing to foster in a child…..heck….even in adults.  I love my kids using their imagination and  other Lizze and I,  actively encourage our kids to grow theirs.

Gavin’s “imagination” is a main problem, at least in our house.  Again, it’s not the fact that he uses his imagination that’s the problem.

The problem lies in the fact that essentially, Gavin is schizophrenic. Put more accurately, he’s dealing with schizoaffective disorder, which is basically a blend of bipolar and schizophrenia.

On a good day, Gavin struggles with maintaining both feet in reality.  At any given time, he’s got one foot in and one foot out.  On the bad days, he’s completely consumed by his imaginary world’s.  When it comes to Gavin, the word imaginary takes on new meaning. 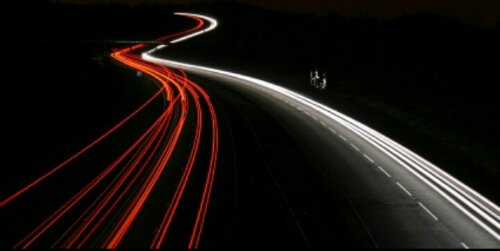 Basically, he knows what the right thing to say is.  He knows that it’s not good that he sees and hears things that aren’t really there. Because of this, he refers to these things as imaginary, further blurring the lines.

We don’t condemn this because this isn’t his fault but at the same time, he acts as though his imaginary friends are real and Elliott and Emmett don’t really know what to think.

You would have to actually see Gavin interacting with his imaginary friends, to fully grasp what I’m trying to explain.  It’s literally as though he physically has other people in his room with him, only we can’t see them.  He’s has back and forth conversations with them and even responds to their questions.

You have to trust me when  I say that this goes way, way beyond an active or vivid imagination.

Imagination is a really good thing but not being able to draw a distinct line between what’s real and what isn’t, can lead to problems and confusion.

Right now Gavin is likely still manic and psychotic, although he’s seems to be doing a little hit better.  Time will tell, if the medication changes will help to get these things back in check.

From my understanding schizoaffective disorder, while symptomatically being between schizophrenia and bipolar, is actually a little more complicated.   On the good side it is not always a chronic condition.  On the bad side it is commonly a part of a much larger complex of disorders, making it difficult to find good treatments for, and is usually a recurring symptom; so even if it goes away it may not be gone for good.
The big part will have to be teaching Gavin to understand the difference between fantasy and reality, and teaching him how to utilize it properly to relieve stress and to express himself without distorting his perception of reality.

I understand what you said, in a nutshell Gavin’s Vale between the Real World and Imagination is very very small right now.

AMDuser that’s a great way to think of it. Thanks.

I read Michael Schofield’s book January First on Sunday. It’s absolutely compelling and you guys could probably relate to a lot of it!

julh very cool. I’ll have to check it out.

julh lostandtired I second reading this book. Some of your descriptions of Gavin’s imaginary friends remind me of some of Jani Schofield.