#Autism: Perhaps we should focus on our differences after all -

The same old song and dance

#Autism: Perhaps we should focus on our differences after all

As an Autism parent and advocate, I find myself frustrated that we (Autism Community) can’t seem to get along with each other. That’s not to say that no one ever gets along.  It’s just that I still witness quite a bit of fighting amongst ourselves because we don’t see eye to eye.

I’ve never been one to cram my beliefs down anyone’s throat but I feel very strongly about this and wanted make my voice heard.

You would think or at least hope, that with all the effort we (collectively) put into educating the world about Autism, that some of that would rub off on us. Apparently, that’s not always the case.

Earlier this week, I asked a question. If you could remove Autism from your child, would you? Why or why not?Here is one of the Facebook threads. Please feel free to join in and share your thoughts.

I had a very specific goal in mind when putting this question out there.  That goal was simple.  I wanted to demonstrate just how differently everyone views Autism and how profoundly different Autism can manifest itself from person to person or family to family.

This was quite successful in the sense that I had well over a hundred people respond and share their opinions.

However, I proved the point that I was trying to make as well.  People were sharply divided on this issue.  Some would take Autism away from their child in a heartbeat, while others would not. 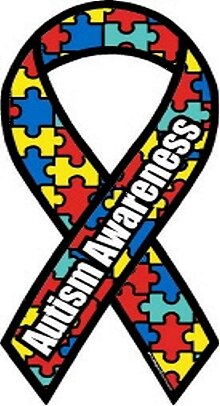 As far as I was concerned, there was no right or wrong answer.

At some point though, things got a bit tense because some people were offended by another’s opinion.  It seemed as though some people couldn’t understand where the other side was coming from.

What I wanted to do, was show just how out of touch we are with each other. Again, this doesn’t apply to everyone but I would argue that we could all benefit from gaining a bit of perspective on how the other half lives.

Essentially what happened was that people were failing to recognize that was going on behind the answers being given.

What happened however, is that people got upset and offended by one anothers answers.

In my opinion, it’s no mystery why someone with a child that is more profoundly impacted by Autism, would be more inclined to want to remove that from their child. When you have a child that is struggling as much as some kids with Autism are, as a parent, you would do anything to relieve their struggle.

On the other hand, if you have a child that isn’t as profoundly impacted by Autism, you would likely be less inclined to want to remove the Autism from their life.

The problem is that we know what we live and that can sometimes blind us to anothers life experience.

It may be hard to understand why someone would want to remove Autism from their child, if you haven’t walked a mile in their shoes or watched as their child suffered.

Likewise, it may be equally difficult for a parent of a low functioning child with Autism to understand why anyone wouldn’t want to remove Autism from their child. 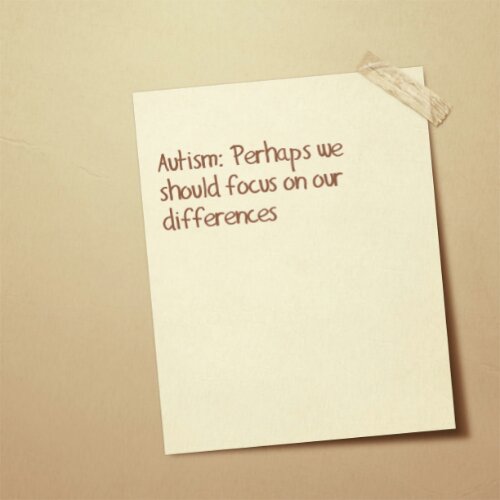 What I want to do is help everyone to see the other persons story.  I want them to see that just because two people share a diagnosis, doesn’t mean that they share the same experience. In fact, two families can both have a child with Autism and yet have profoundly different experiences.

The difference can sometimes be night and day.

It’s no wonder why some people would see Autism removed from their child’s life, while others can embrace it….

Upon reflection, it’s occurred to me that I may be taking the wrong approach with Autism Awareness within the community itself.  I’ve worked hard to focus on what we all have in common.  I wanted people to recognize everything we share.

The truth is, we are all different.  Every person with Autism is unique, as are the families behind them.

While my boys are much higher functioning and in some ways seem to be almost enhanced by Autism, I recognize that many others aren’t.  In fact, I speak to many parents who feel like their child is literally trapped inside their own body. To those parents, the child they love more than anything in the world, seems to be suffering. I understand and respect their desire to free them from what appears to have imprisoned them.

If you take anything with you after suffering through the many words I have written here, please remember that everyone’s experience with a child on the Autism Spectrum is likely to be different, sometimes even profoundly so.

While no one is saying that raising a child with Autism is easy, some have it harder than others but we all have our challenges. That’s the reality of the situation. Likewise, some will see Autism as just a part of their child’s quirky personality.

I think you’ve said before that Emmett was diagnosed as severely autistic. Has his condition improved to the point that it’s no longer “severe”? Like, it’s “moderate” or something?