When's the last time you pooped? -

Roaming the house in tighty whities

When’s the last time you pooped?

Gavin came home this evening from his grandparents, while I was on a business call to Boston. I could see on his face when he walked in the door that something was wrong.

I asked Gavin if he was okay and he replied with a yes.

Unconvinced, I asked him again what was wrong and he finally admitted that he was having chest pain. I had him sit down so I could get a better idea of what’s going on. It was pretty obvious that he wasn’t feeling well. 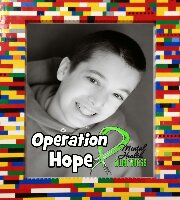 The pain was taking his breath away and so I needed to find out what was happening.

First of all, I asked Gavin to point to where it hurts. I have to keep things very, very simple because he’s easily confused and the last thing I want to do is influence his answers.

When he points to where it hurts, he doesn’t point to his chest. Instead he points to the left side of his abdominal area.

After a few minutes of going back and forth trying to figure out if that is indeed where the pain is, I explained to him that it wasn’t chest pain. He didn’t understand the difference.

Anyway, he rated his pain at a 3/3. We use smaller number for our pain scale when Gavin’s concerned, it’s easier for him.

The pain began on the way home and for seemingly no reason.

The very first logical question to ask is an uncomfortable one.  I wanted to know when the last time he pooped was. He can’t remember.  Maybe earlier today or yesterday, he doesn’t know.

I would be lying to you if I said this was anything less than bang your head into the wall frustrating. I truly believe that he doesn’t remember and that is really scary that we’ve reached the point that he can’t remember if he pooped recently.

These cramps aren’t anything new but we take it seriously each time.  We have too.

Perhaps he’s a little backed up? He used to be on Miralax for that but he hasn’t needed it for a long time.  The only thing we can really don’t this point is start him back on it.  The only problem is that I believe Miralax sorta absorbs water and I don’t want to upset the extremely fragile fluid balance in his system.  I have to call Dr.  Moodley at the Cleveland Clinic in the morning to find out if this would be okay.

The pain subsided and he went to bed,  so at least there’s that.

Every day it seems like there is something new to worry about.  I find myself wondering how much closer we need to watch him? Clearly we need to keep tabs on his bathroom schedule.  We need to get Gavin to understand that if he’s experiencing pain, he not okay.

Gavin’s memory is like an etch-a-sketch anymore.  We can have a conversation with him and much like when you bump or shake the etch-a-sketch and the picture is erased, so is his memory. Maybe that doesn’t make any sense? Basically, nothing we tell him is going to really stick.  We’re gonna have to come up with some more visual aides to assist us in the struggle.

I’m so stressed out right now and I can’t seem to relax.

I feel like I need to look over his shoulder, every second of every day because we can’t rely on him to tell us anything.  Sometimes he will and other times we won’t.

In Gavin’s case, memory does have a great deal to do with it but you’re absolutely right about body awareness.

I thought we were the only ones that have to ask our (20 yr old) daughter “When was the last time you pooped?” We do have to keep tabs on her tolieting or we get into these medical issues (when she backs up she loses weight quickly). It isn’t really their memory that is wrong it’s a body awareness issue and I use visuals when asking questions but it will always be a struggle.

I can only imagine how frustrating this must be.  My family is thinking and praying for yours.

Throughout most of August, I suffered from serious gastroenteritis, couldn’t keep anything down, kept puking. I finally went to the doctor and they asked when was the last time I’d pooped. I said I reckoned four or five days at least. They then took some X-rays and ordered me to go to the hospital at once. They thought I had a blockage in my intestines. It turned out they were wrong, but but they gave me some interesting pictures of my insides from when they did the scope thing.