When I say stop, I mean stop -

A morning of meltdown madness

Should we do prenatal screening for #Autism?

When I say stop, I mean stop

So we had issues with Gavin today.  It was like no sooner did I open my mouth last night, than something happened. While this wasn’t a huge deal and no one was hurt, it did trigger a pretty massive meltdown from one Mr. Emmett John.

Basically, Emmett wanted to do something by himself.  The ball he was using to shoot baskets with bounced over the gate and into what used to be my office.

Emmett asked if he could go get it and we said yes.

Gavin shouted that he would get it for him, to which we respond with, no, Emmett wants to get it himself. Even Emmett told him to please leave it alone.

Gavin didn’t let our instructions or Emmett’s pleas, stop him from doing what he wanted to do. 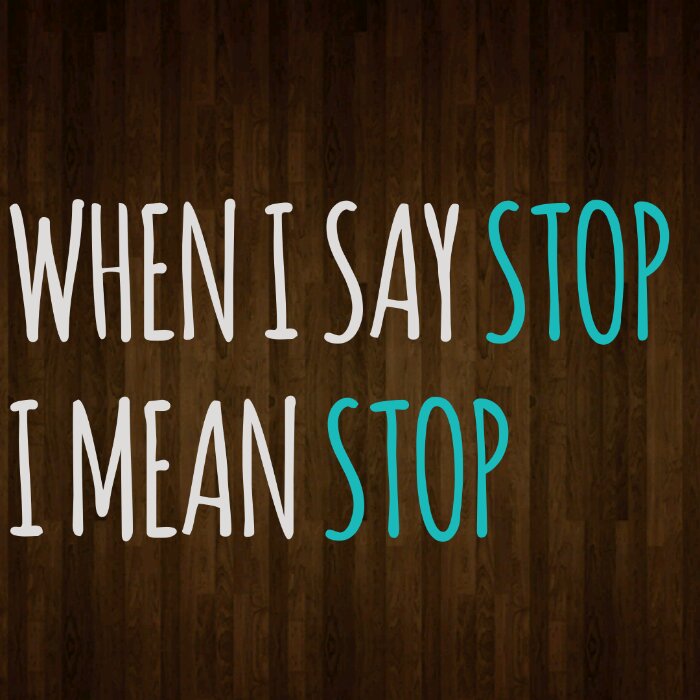 At this point, Emmett’s freaking out because Gavin isn’t listening and we are repeatedly telling Gavin to put the ball down and leave it alone. Collectively, he must have been told to stop, no less than a dozen times.

All he does is come out of the room with the ball and a smirk on his face.

It’s situations like these that could be completely innocent or something darker.  Perhaps Gavin was so wrapped up in “trying to help”, that he just didn’t hear what we were all saying?.?.

However, based on his smirk upon emerging from the back room with Emmett’s basketball, it feels a whole lot more like he accomplished exactly what he set out to accomplish.  Emmett’s melting down and Lizze and I are upset.  He created chaos and he thrives on chaos.

Even if it was innocent in nature, he still didn’t listen to what he was being told to do and that’s a problem as well.

Big picture, this isn’t an Earth shattering event.  Having said that, what scares the shit out of me is that as Gavin gets older, This type of situation becomes much more serious.  He has to learn that when an authority figure tells him to stop, he must stop.  For that matter, if he’s doing something that upsets someone and they ask him to stop, he needs to stop.

The legal system isn’t going to care that he has special needs and to be totally honest, I don’t think that I would be able to believe whatever his side of the story was.

it does scare me about the legal system if he didnt do what he was told. even though my kids are nt i told them if they were pulled over or whatever by the police, just do everything that say and keep your mouth shut except for yes sir. i would take care of things when i got there. NT people wont listen, i have always been afraid they might be tased for not doing exactly what they said of if God forbid they said something out of line. Your concern is very real. I dont have an answer i dont know who does

So my sons therapeutic school uses Magic 1-2-3 and he had been doing really well with it, so I finally read the book. Although I’m not completely consistent with it the one thing I have found helpful is to try and reduce my talking. If Ive told him to stop doing something and he continues we go straight to consequence. When I remember and do this things seem to be going better. Granted there was a backlash at first. It might be worth checking out at the library.

So many times it is like you are writing about our family… Except you’d need to add several more kids! ( we have 7!) anyway, this is a huge issue with us as well.
It isn’t about “obeying” the rules just to obey…. And it is in the small things that they refuse to listen that truly scare us as well. The looking in our face and lying to us…
It is an unique situation… ADHD/ AUTISM, mood disorder (nos) and more…. With the larger family the line “not me” is heard quick a bit… Just scared as we work to help them make wise, legal and safe choices!

Tara Safarian you’re right, Gavin is a good kid and is capable of some amazing things. Unfortunately, he’s also capable of some very dark and dangerous things as well. He’s getting all the help we can get for him. The only thing eat is residential treatment. However, because of his health issues, that has been impossible to line up.

Celeste Johnson I totally get it. Hang in there

Off topic, but look I did it! https://www.facebook.com/flipsideofnormal

I SO feel you! My son turned 20 yesterday. I don’t know if he’ll ever be able to not be so reactive and violent. His diagnosis is bipolar with psychotic features, Aspergers, mild mental retardation and ADHD. We can’t treat the ADHD because it send him into a psychotic rage. It’s hard but, I suppose it’s hard for all of us. Praying Gavin calms down, just like I pray for my son every day.

I don’t know Gavin I just know what I read about him is sometimes disturbing! I feel bad for him! I feel like he gets in trouble a lot! Then again I don’t live your life! I have a child with special needs so I know how hard it can be! I feel like Gavin needs more help then he is getting and is a good kid! I pray for him all the time!

Vicki Hill I totally agree. Gavin’s case is further complicated by many darker mental health issues as well. Autism is involved but songs Reactive Attachment Disorder, Schizoaffective Disorder and a host of other issues.
It really is scary because the world isn’t very forgiving and at the same time, Gavin’s capable of some really scary things. 🙁

I’ve been in your shoes. From this side, and knowing many adults with autism, I’d say this isn’t likely to come for him, no matter what you do. You are trying to make him think like a neurotypical – that is, intuitively pick up on social situations that are going on around him and thus respond like neurotypicals expect him to respond. You may find your time – and worry – is better spent trying to teach him how to handle himself, in his own skin, so that he doesn’t get into situations where strange adults are telling him to STOP. Because you actually have a great likelihood in success for that. Adults with autism walk around all the time without getting into trouble with police. But many may not respond the way we would anticipate when confronted by police. That is why it is important to train police as well, so that when they see a person responding abnormally, they don’t just think “high on drugs’; they also consider the possibility that they are dealing with someone who is developmentally disabled.