Holy Cow, this is a MAJOR victory


Gavin was in his room playing his tablet after school today.  The rest of us were downstairs in the living room.  Elliott was constructing a level on Portal 2 and Lizze, Emmett and myself were watching.

Lizze kept saying that she thought she heard someone screaming.

Where we live, it’s not uncommon for people to be fighting outside.  Sometimes people are just really loud and obnoxious.

Shortly after that, I heard it as well.  We couldn’t make out what was being said.  Then all of a sudden, I heard “Help Dad”…. I got up and as I moved towards the staircase, I could finally hear Gavin screaming.

Lizze stayed with the other boys and I ran up to Gavin’s room to find out what was going on.

When I arrived, I opened his door, expecting the worst. 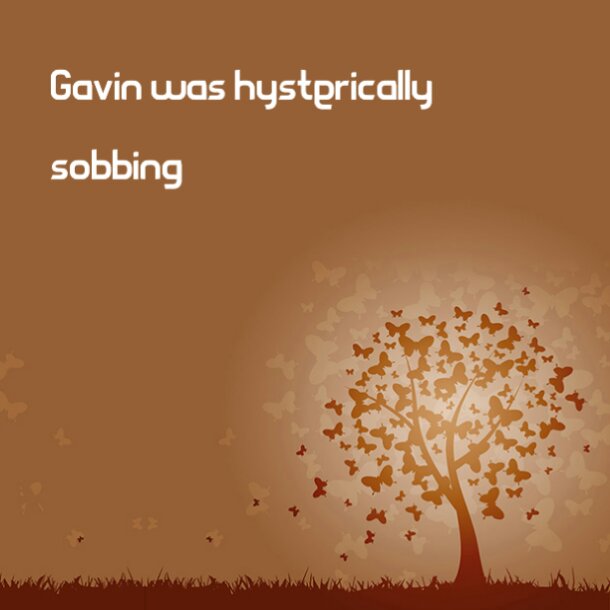 There was a million things running through my head as I entered his room.  I was panicking because I thought he was in pain and for him to be that upset, it had to really bad.

I asked him what happened. I asked where he hurt.

Judging by his face, he’d been hysterically sobbing for some time and we just couldn’t hear him.

When I finally got him to calm down enough, so I could what he was trying to tell me, I learned what had happened.

A mouse. He had seen a mouse.

Part of me wanted to scream at him because I was terrified something horrible had happened to him.  The other part of me saw how traumatized he was and I quickly moved past my frustration.  He was legitimately upset and there was no drama involved.  This never happens.

When he had collected himself, he was able to explain what happened and I realized he was so upset.

Many years ago, before Gavin was officially diagnosed with Schizoaffective Disorder, he was in the throws of a really bad psychotic break.

One night we heard him screaming, just like he was today. We raced to his room and found him in bed, freaking out.  He was hysterical. He was screaming for help because he could see hundreds of mice, climbing all over him. Even worse, he could feel them eating him alive.

Today when the mouse ran across his floor, he must have sorta flashed back to that night, many years ago.

I explained to Gavin that we have a very old house and sometimes in the winter, we get mice  UT they are nothing to be afraid of.  I also reminded him, that we have the cats so that they can catch the mice.

We went downstairs and explained what had happened.

Lizze and Emmett carried Blue (Emmett’s cat) to Gavin’s room.  As soon as they opened his door, the mouse ran out of his closet and across the floor.  Blue tore our of Lizze’s arms and immediately took care of the problem.

Gavin feels a little better but I don’t remember the last time I’ve seen him this legitimately upset.

Thankfully, he seems to have moved on and went to bed without a problem.

Maybe to reassure him for the next few weeks take one of the cats for a patrol of Gavin’s room once a day? Poor kid, that must have been horrific for him 🙁

So sorry to hear… Glad he was able to reach out to you when he needed you. For my RAD kids, that would be an indicator of *major* progress.

When you have a Jerry loose in your house, you need a Tom. But I bet that your cats are much better mice catchers than Tom is. 🙂

this made my heart hurt. ihave a fear of mice, and can in a small way relate to him. poor gavin

poor Gavin. I cant imagine the horror he felt if he did flashback to the other time of seeing mice that were not really there. I no it sounds terrible but if he does still remember that other time, at least this time the mouse of real. Keep in mind that he could have been hysterical about the mouse because it was a mouse and it scared him and hopefully he doesnt remember the not real mice.

Oh my…. that poor Baby! He must have been scared out if his mind!!!

And, of course, I’m glad everything was ok.

I’m glad your cat took care of the problem ;-). My cat would have looked at it and turned to walk away LOL

Rob for the Mice since you have Dogs get Snap Traps and bait it with a nut product like Peanut Butter on the trap. back I lived at my mom she lives in a desert and we got field mice and since we had 2+ Dogs on the property and the house the poison was not an option. I found snap traps that worked and I reused them, I would actually dump the mice and reload. Keep in mind the traps work best if it is along the wall, Mice can’t see very good.

Also as a side note for portal I think Valve has a dev Kit for that, that have a Map maker called Valve Hammer if any of the Es would like to make there own Maps 🙂 , I use to map sometime back and I hope here soon I can get back into it lol.