Anyone else HATE #Christmas Shopping? -

You’re not going to believe this….or maybe you will

Confessions: I know I’m doing everything I can for my family, even if you don’t agree

Anyone else HATE #Christmas Shopping?

I was wondering if anyone else finds Christmas shopping for their child with Autism challenging? I’ve gotten to the point where I’m so stressed out about this that I actually hate the idea of shopping.

With the exception of Gavin, my kids don’t ask for much. However, the things they ask for are impossible because they simply don’t exist.

We’re not in the nest position this year but we have some latitude, not much but some.

Elliott is obsessed with Mario vs Donkey Kong: March of the Minis… He wants this thing he came up with called a mini-o-matic. This of course, doesn’t exist in real life.  It’s basically this little mini factory, that creates remote control characters from the above mentioned game. 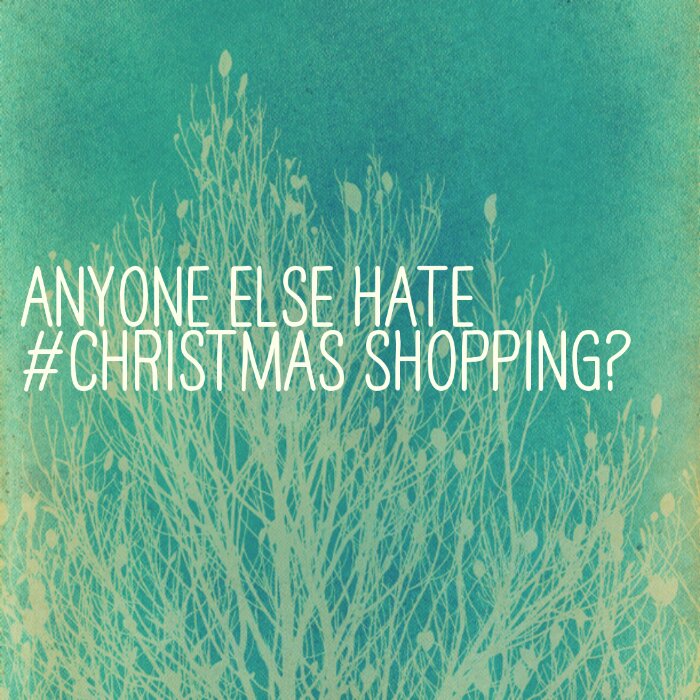 Emmett, God love him, wants a magic wand that will make all his wishes come true.  He promises to let other people use it as well but not evil bad guys.  I’m pretty sure Santa is fresh out of those.

Before things with the van went horribly wrong, we were thinking about a combined gift of a Wii U because all three of the boys have really wanted that, but that’s no longer practical, at least at this point.

It’s so hard to figure out what to get these guys.

Gavin’s really easy.  We just have to wittle his list down a bit.  Gavin’s meticulously begins planning his Christmas list, the day after Christmas… O_o

One of the things that we want to do is move away from the commercial side of Christmas and teach the kids that the holiday isn’t always about getting presents. That being said, we will need to prepare them for that in advance.

We want them to get presents, we just don’t want that to be the focus.  Does that make sense?

This year I’m really feeling the pressure and it’s really sapping my Christmas spirit.  Our goal is to do as much as we can while the boys are in school but that’s no longer a simple task.

We’ll figure this all out.  We always do.  I just wish that I could get them what they wanted.  Unfortunately, what they want doesn’t exist and so we have to figure out some type of substitute and one that won’t be too disappointing.

How do you shop for your kids with Autism? Are they easy or hard to shop for?

my nt kids have always been hard to shop for. they wouldnt ask for anything and I finally had to go to cash.

MalloryOnTravel Lost_and_Tired haven’t Xmas shopped for years, doubt i will ever relapse now that i know how great it is

I did my main christmas shopping on ebay and I had to be cheap because I am on a fixed income. When people shop for me it is easy any gizmo or gadget to now laserdisc since I collect those now 🙂

I hate Christmas shopping for an entirely different reason – the sensory side. I had forgotten how much I hate it until I went on Saturday with my other half. I was okay for a while because I was excited about getting gifts for his daughters but after about 45 minutes he said he noticed a change come over me. The constant hum of people talking, fluorescent lights, people everywhere. It was horrible.

MaryBarnett Seems like we had a book from the science or natural history museum when my kids were little that showed the human body on clear pages, you would turn a page and the muscles would lay down, then turn a page and the bones would appear, etc.

@Lena Finley @Maria Hall MaryBarnett Lost and Tired  thanks for sharing everyone.  This is a really stressful time of year for a great many people.  That’s really sad because I don’t think that’s what the holiday is about.

My 8 year old is almost impossible to shop for! He doesn’t play with toys but wants to know how everything works. He’s fixated on sprinklers, air conditioners, washing machines, and internal workings of the human body. He’s asked Santa for the past five years for a camera to see inside his body. His list to Santa this year says X-ray vision, see through washing machine, CT scan machine, and candy cane. I feel so bad I can’t get him what he wants. I made his own personal sprinkler system out of PVC pipe last year but this year I’m flat out stumped! Good luck finding your boys presents they will enjoy, and I truly applaud you for teaching them that the true value of Christmas isn’t always about receiving. And I can relate to you about Christmas shopping sapping the life out of you, hang in there 🙂

Kids want so much all the time. It’s hard to simplify and get them used to receiving less. We prepared our kids months in advance that they would get just a few things they enjoy. I took the time to talk with other parents too that take a simpler approach and have learned different ways. Our daughter talks everyday about what to expect and seems ok that there will be less to open. We include them in discussions about what is more important like being a family and spending time together.

Today I am hating it. Took the boys out to get something for my husband and their dad for Christmas. Last weekend I have all three of them together to do it and we had to go to Canton anyhow to take Jake to counseling at 4Kidhelp. Roads were crappy and the kids were all bouncy and I nearly wrecked on the way home AND I still have to go out to another store because the one store did not have what the kids are getting my husband. Ugh!

Make up your own Christmas Wish book. Cut from the Sunday paper toys (they are full of ads this time of year) and use a glue stick to glue the options to plain white paper. The choices are narrowed down to toys and such that you feel are appropriate not just for your kids but for your budget! Staple “your” version of the wish book together and hand each kid a different colored marker, having them each take a turn looking thru the book. Tell them that they are to circle the things that they would like to have for Christmas and to be careful not to accidently mark over one of their brothers circles!