My 5 year old with #Autism confesses his worst fear

The boys had therapy tonight and I’m got a few photos of what went on.  While Lizze and I were getting Dr. Pattie up to speed, after the long Christmas break, the boys were playing.

Dr. Pattie has a mini set in the giant playroom.  I played a few rounds with him while Lizze and Dr. Pattie were chatting.  Then Gavin played for a little while with Elliott.

Elliott eventually quit playing with Gavin because Gavin has a win at all costs approach to most things he does.  He doesn’t scale down to the level of the person he’s playing with.  He also like to celebrate everytime he does something well or scores a point.

It sorta demoralizes his opponent and they don’t like to play with him.
This has always been a problem but I don’t think he means anything by it.  It’s just sorta one of those things we have to continue working on.

Dr. Pattie helped them work out a few of the little squabbles that did arise.  It was a good night and the boys had fun.  Getting out of the house was a welcomed event. 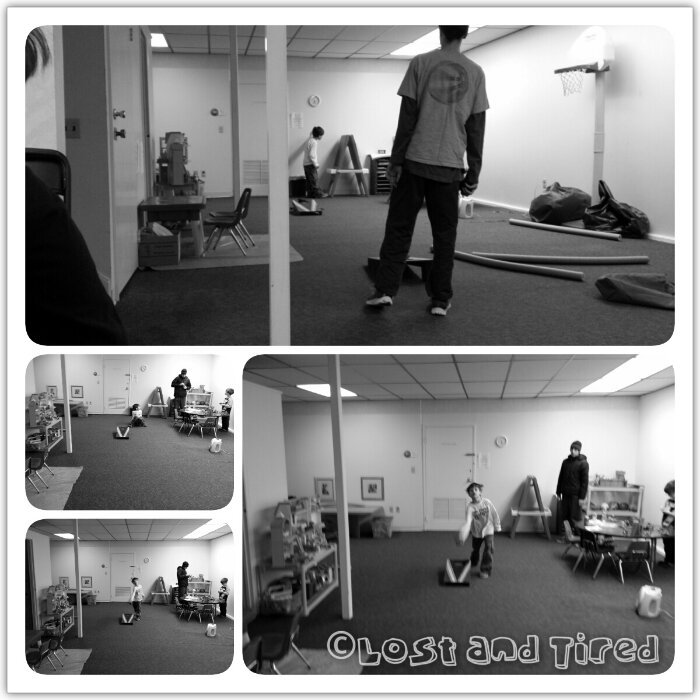