Let me start out by thanking you all for your concern about Lizze and what she’s going through. I’m in a really emotionally drained state of being lately and so I want to make sure that I’ve not only addressed some of the questioned raised but also clarify a few things that need clarification.

Please know that your questions are not offensive in any way shape or form. The fact that this has people talking is helping to quash stereotypes and raise awareness. 🙂 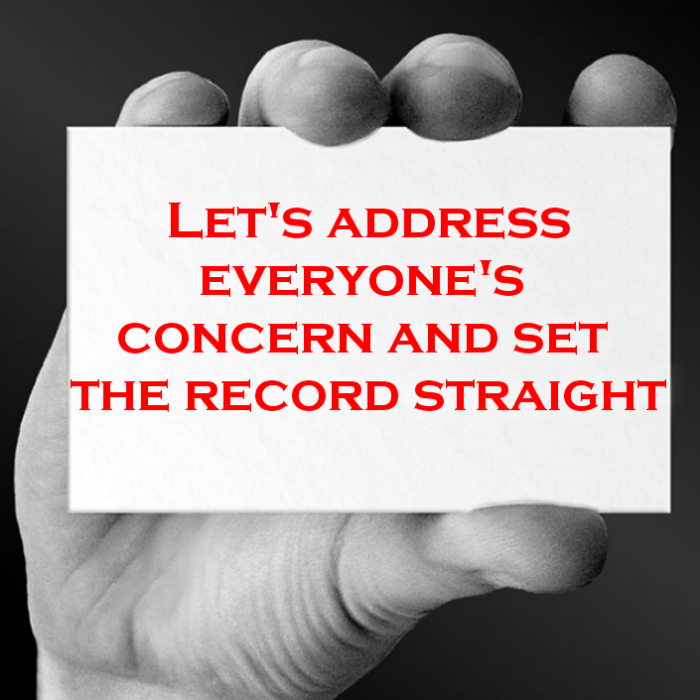 Is Lizze in a really bad situation? Yes, she absolutely is. She’s going through some very profound emotional and physical challenges and she needs help.

As far as her physical health goes, she’s not dealing with anything life threatening. That’s not to say that things with her health aren’t bad. They are. However, in life you sometimes have to prioritize things and our lives are no exception. At this moment in time, her emotional health is the number one priority.

I’ve been talking a lot about the new psychiatrist at the Cleveland Clinic lately because that one of the current most pressing issues that we need to address.

I recently responded to a readers comment and I’m going to reiterate some of that here.

When it comes to this new doctor in her life, here’s the bottom line.

As a patient, it’s your responsibility to understand, research and question any treatments being offered or provided to you by medical professionals.

In this case, the psychiatrist at the Cleveland Clinic is a resident and saw Lizze twice, for a total of about 90 minutes. That’s it. He made a decision on how to proceed forward based on that 90 minutes and is unwilling to modify things to meet her individual needs or take into account the concerns that her psychologist of several years has and actually made a phone call and a trip to Cleveland to express.

Something else to keep in mind is that over the last year or so, Lizze’s family has experienced the deaths of nine people. While she wasn’t necessarily close to all of them, she was extremely close to her grandfather and aunt. Their passing has had a tremendous impact on her and I think has made dealing with Gavin’s fragile health even more difficult and painful.

These wounds are all very fresh and her heart is broken. Dr. Pattie has been helping her to cope with these losses. Again, it’s a priority thing. They are dealing with the current crisis and everything else is put on hold as they work through this together.

The concern was that all of this was making the depression worse and it is. Her medication had become ineffective and would likely need to be adjusted or changed. Anti-depressants have historically worked quite well for Lizze but sometimes they need to be changed, especially when things change so dramatically or the person has faced significant trauma.

We aren’t talking pain medications. We’re talking anti-depressants to go along with the intensive therapy she’s in, no less than twice a week.

Do we let one resident who’s known her for 90 minutes change the course of her care, especially when it’s got the other professionals in her life (that we have grown to trust over the years and are more familiar with her and her situation) concerned about the approach being taken.

Doctors are not perfect and sometimes you need to get a second opinion if your’re not comfortable with what’s going on.

I will add that the psychiatrist at the Cleveland Clinic was not going to accept Dr. Pattie doing the DBT therapy (which she is qualified to do), even temporarily until we located a group that would take our insurance and we could manage the logistics.

Do I harbor bad feelings for this doctor? Absolutely not. In fact, I really liked the guy. I think he’s a great doctor and I’m quite sure that he helps a lot of people.

Just so I’m very clear. Lizze and I choosing to locate a new psychiatrist, is not based solely on his unwillingness to address her depression.

While that’s part of the reason, it’s also the fact that he is not willing to work with her unless certain conditions are met. The biggest of those conditions is DBT therapy. Again, we aren’t against that in the slightest. The problem is insurance, locating one of the less than common groups and of course the logistics.

We know of 3 groups. One is local and won’t take our insurance. The next is in Akron and the last is in Cleveland. We’re looking at a 35 – 90 minute drive respectively. Sometimes it’s shorter and other times it’s longer. It all depends on traffic.

The only one we are relatively certain will take our insurance is in Cleveland. Making multiple trips a week is something that wouldn’t be realistic. Even if we find out that Akron takes our insurance, it will still be really difficult.

It’s one thing to make the occasional or even weekly trip but my understanding is that this is intensive outpatient therapy and is multiple times a week.

We’re still reaching out to these places and gathering information.

This would be challenging for any family. However, we have three kids with special needs, one medically fragile, no car and Lizze can’t drive that far even if we did. We would have to use our parents car to get there and then Lizze’s Mom would have to leave work to go pick up the kids and take them to my parents.

There are a million things we would have to coordinate.
We are also meeting with Lizze case manager at her insurance company to try and figure out a few other options or even see if we can make special arrangements to get the local site covered.

This is not a quick process but it’s one the all the wheels are in motion and we have to hurry up and wait.
All of this wasn’t enough to show a good faith effort to the psychiatrist at the Cleveland Clinic. He felt that we just needed to make the trips to Akron or Cleveland. It’s like he’s removing Lizze from the context of her life and expecting that we can make miracles happen.

That’s pretty much where we had to draw the line.

In the meantime, Lizze is getting her intensive, twice a week therapy sessions with Dr. Pattie and she’s working on skills to help her deal with everyday life. She’s also working through the grieving process and living in chronic pain. She has her plate full but she’s not giving up.

Something else that’s pretty cool is that she’s connecting with others that are living with the same diagnosis.

Some of you have asked why we didn’t have Dr. Pattie do the DBT therapy? The simple answer is that we could and we were going to. She’s more than qualified to do it but the psychiatrist would support that, even while we were trying to find other options.

Again, we have nothing against this doctor. Our leaving isn’t personal or meant to be a reflection on his competency. It’s simply Lizze taking control of her health care and choosing to find a doctor that’s a better fit for her unique situation. I have nothing but love and respect for the staff of the Cleveland Clinic. We owe them a great deal for all the life saving help we’ve received for Gavin.

At this point, we will keep on keeping on. I believe we meet with Lizze’s case manager at some point next week. She’s actually going to meet with Lizze, myself and Dr. Pattie. We will try and get this all worked out and formulate a plan to move forward.

Thank you for expressing your concern about what’s going on with my wife. Thank you for asking questions and being respectful. Don’t forget to check out Lizze’s personal blog at www.mylifebeyondlabels.com

i am all about a second opinion. i am sure the dr is fine too but i don’t let residents make decisions for my kid because they are residents. you can look at him but i always need a “real dr” to help me make decisions. I am glad you are getting a second opinion. wish there was a video or sound recording of the first session cause now she will have to go thru all that stuff again with a new dr and now the new dr won’t have dr pattie (God love her for going with y’all to help with Lizzie) with y’all for the real dr visit. Please let Lizzie know that she is great, hang in there and i can feel she is the kind of mother i am. I think i am a great mother so that is a compliment

I think this is a good explanation.