When your child is the #bully -

This bully will face the music today

When your child is the #bully

Everyone knows that bullying is a huge problem but what happens when your child is doing the bullying? How do you handle that? This is something that has once again come crashing into our lives..

Lizze and I were talking to Gavin tonight and he was telling us how someone in his class had been annoying him..

We asked him to explain and this is what happened.

He shares a table with someone in Math class.  At some point this someone had not moved out of the way when Gavin had asked him to.  This happened one time and one time only..

Gavin has been fucking with this poor kid for at least a few weeks now as a result (according to Gavin). 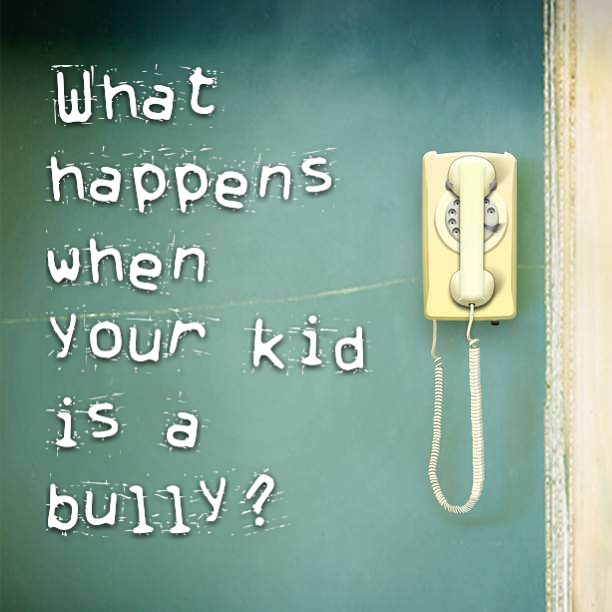 It was a total fluke that we even picked up on this today. He was complaining about this kid annoying him and so we wanted to know what happened.  He explained that they each basically get half of this desk or table to share during class.

Lizze and I both looked at each other and knew exactly what was happening because it’s happened at least twice before.  This was Gavin extracting revenge for something that he felt was a wrong done to him by this kid.

So what does Gavin do? He finds a way to get back at this kid by invading his personal space and refusing to stop….

In my book, that’s bullying…. He’s targeting this poor kid and doing so in a way that is flying under the radar of his teachers. It may not seem like a big deal but his intent is to cause this kid distress and that’s unacceptable…. I wouldn’t tolerate this happening to my kids and I won’t tolerate my kids doing this to someone else…

We are taking a very aggressive stance on this because Gavin’s a RAD kid this isn’t the first time that he’s done something like this….

This isn’t something that we can really deal with at home, so we are going to have the school handle this.  We are going to notify the school as to what happened and have them apply their bullying policy, if it applies here.  Gavin has to learn a lesson.  He has to understand that you can’t trust people that way.

At the very, very least, he will make a public apology to this classmate… I don’t care if he’s embarrassed or uncomfortable, he’s going to do this and hopefully learn that bullying is unacceptable…

I’ll let you know what happens…

Heather Lee-Thomas quite honestly, I’m horrified that he been doing this…. I appreciate your support.

Great job! I believe you and Lizzie are doing a great thing by not letting him get away with it so easily.