Houston we have a MAJOR, MAJOR problem -

Another rough morning for my #Sensory sensitive kiddo

Houston we have a MAJOR, MAJOR problem

The boys went down without much problem tonight.  Everything was going well until about 9pm. That’s when Gavin came down and told us he couldn’t sleep.

I thought it was a simple he couldn’t sleep kinda thing.  Unfortunately, it wasn’t even close to being that simple.

When he came downstairs, acting like something was wrong but telling us everything was fine,  we knew this wasn’t going to be good.  In fact, to be completely honest, I got a sinking feeling in my stomach. 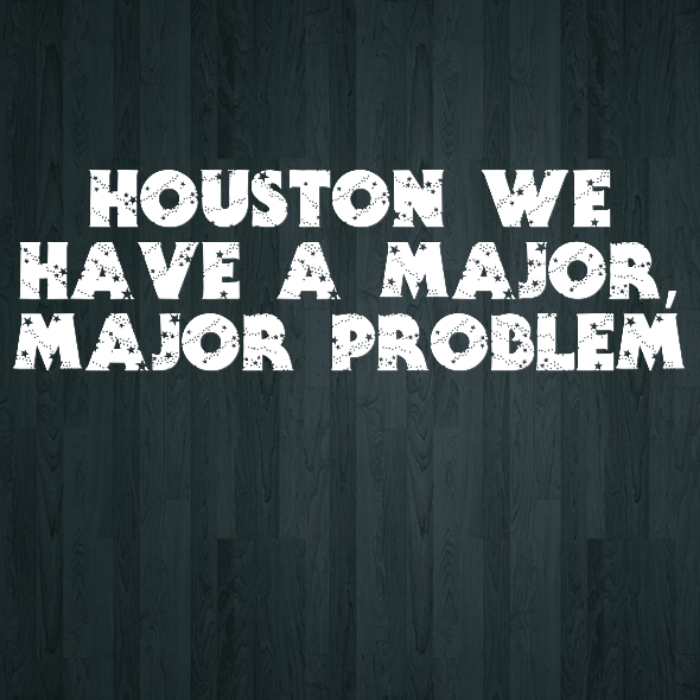 He told us that he just couldn’t sleep.

Lizze and I knew he wasn’t being honest with us because of how he was talking.  He insisted that he hadn’t been doing anything. When I flat out asked him if his friends had been keeping him awake, he got angry and literally fell over.

He then told us that he had to send his friends on a really important mission.

He had to send Sonic and the gang into Rainbow Dash’s subconscious with a special canister to retrieve the dark ball of darkness that Sunset Shimmer had implanted in her. O_o

Later he admitted that when they came back from their mission, he had to debrief them and discuss the mission with them.

After that his friends went to sleep in the super robot and he tried to go to sleep but he couldn’t fall asleep.

When I asked him why he couldn’t sleep again, I was hoping that was the end of the story but it wasn’t.  As it turns out, he was laying in bed struggling with this thoughts.

This is where I honestly got freaked out.

He said that he’s been thinking about our house burning down. The moment those words left his lips, I got sick to my stomach.

This is a something very, very concerning and I hadn’t actually thought about this in years.. In fact, I don’t know if I’ve ever even shared this with you because it occurred before I began blogging.

When Gavin was really young, about Emmett’s age, things were really bad.

It was at this point that all of his mental health issues began coming to light.  During one of his darkest times, he began waking up at night because he was hearing voices that were telling him to do things.

This voice was eventually called his Lego Boss.

Things started getting really creepy because we would wake up in the middle of the night with Gavin standing in our doorway, watching us sleep.  I swear to God is was straight out of a horror movie.  It was creepy and scary.

He said that he was protecting us from what the voices were telling him to do.

It was about that time that the scary thought began.

He used to draw these really, really creepy pictures.  I’ll be honest with you.  These pictures were straight fucked up.

They all seemed to center around our house being set on fire.  He would be standing outside the house on the sidewalk while Lizze, myself and Elliott (who was a newborn), burned alive inside the house.

Once he was properly medicated, this all seemed to somewhat slow down.

The fact that he couldn’t sleep tonight because of hallucinations and then factoring in the I’m thinking about our house buying down bullshit, it’s down right scary.  I’m not sure I going to actual sleep tonight.

I’m going to spend Thursday trying to figure out what the hell we are supposed to do.

If things are getting this dark again, I don’t think he can stay here. It simply wouldn’t be safe for anyone.

I don’t know if he needs to be admitted to the psych-unit again for stabilization. All I know for sure is that this is NOT a good thing.

sounds like a call to dr pattie might help. if he is thinking about burning the house down. i think you said he is already down to the last medications. not that i want him on any more meds or anything but isnt that what halidol is for to stop hallucinations. you might have tried that already. from what i have read it is a really bad meds. sounds like a phych visit is in order for sure but then can he still get his ivig? who would give it in a phych ward. you have already been there and see that it is a babysitting service for mentally ill people (no offense to anybody as that sounds horrible) but maybe worth the effort to try another med if there is one. if there is not another med what do they do with someone? i am glad he came down to tell you he couldnt sleep and why he couldnt sleep. you have to call somebody i would think cause you cant expect him to keep his halucinations in check because they arent real so he cant really control “them” telling him what to do.

I hope everything works out and that you can figure out what is going on with Gavin.

Thanks everyone. I really appreciate all the love and support. I wish ZZi could say I knew what to do but I can’t. All I can do at this point is seek out the help of those that can helps us…..

Whatever option you choose, I hope Gavin gets better soon (I mean, as better as he’s able to get) and no longer has these scary thoughts. I wish I could give you all a huge right now.

I hope and I pray that the lego boss has not returned if that was the bad hallucination in his mind, if so he could need stabilization or something. At this point I hope to god that the good sight challenge hallucination can for now suppress the Lego Boss hallucination until something can be done.

Sounds like you have a pretty good idea Gavin needs serious intervention for this now, and you know it has to be now. God bless you.

I don’t know where to begin you just need to do whatever will keep all of your family safe. I’m so sorry he’s tormented again. You guys just can’t catch a break.