Today’s been a really tough day for me.  This morning went pretty smooth with the only exception being Gavin messing with Lizze again. He’s once again started targeting her and that set the tone for the entire day.

I don’t know what we are going to do because we don’t have many options left.

His thoughts about our house burning down have me freaked the fuck out because I remember this happening to him before and things got really dark and really scary. 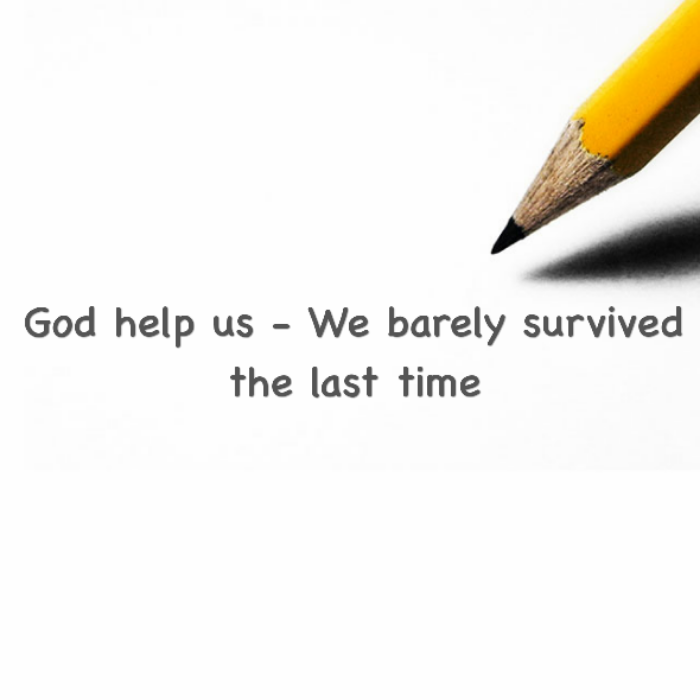 I made a call to his psychiatrist’s office and explained  what was going on and why I was concerned.

After the nurse that took my message spoke with the doctor, it was decided that they would have to squeeze Gavin next Tuesday for an emergency appointment.  We also discussed the possible need to take him to Akron Children’s Hospital for possible admittance into the psych unit.

The plan was to try and wait until Tuesday’s appointment. However, she called back about 5 minutes later and asked me if I felt he was a danger to himself or others. That’s not an easy question but I said that I’m more concerned about everyone else’s safety because he’s not been self-injurious lately.

She then told us that we should take to to the ER at Akron Children’s Hospital for an emergency evaluation.

I don’t really know what to do at this point.

Gavin’s been there so many times that they stopped admitting him because he’s issues are chronic and not acute.

Lizze spoke with Dr. Pattie and her thought is that they likely won’t do anything because there isn’t really anything they can do.  The reality is that she’s probably right.

This isn’t an easy undertaking either.

We would have to make overnight arrangements for Elliott and Emmett. We would be at the hospital for countless hours because this process is exceedingly slow.  If he does get admitted, we will have to make almost daily trips back there for family therapy and to be perfectly honest, we can’t afford that.

If we take him there, we also risk pissing him off and that would be like poking the bear.

Right now, Lizze is his target of choice and so the risks are somewhat manageable.  Lizze feels like it would be a waste of time, effort and our preciously limited resources.

At this point, I have to agree with her.  Doing this would cause a huge disruption in everyone’s life and likely not bring any benefit.

We will be installing a new alarm on his door so that we wake up if he leaves his bedroom at night.  We have also removed anything that he can potentially use as a weapon or to start a fire.  Lastly, we will have to be very, very vigilant in keeping a close eye on him.

Right now that’s about all we can realistically do.

Things are getting really complicated again and I’m not looking forward to having to deal with this shit again.  We barely survived the last time this happened.

God will and is helping you. I don’t preach that kind of stuff to you guys but i wouldnt have made it this far with out God helping me. i understand about the whole ER waste of time thing and him being chronic etc. my kid’s issues are not mental but his chronic physical ones scare his regular doctors. i wrote recently that his oncologist seems to be afraid because he doesnt know what to do to help him and his case is complicated. i honestly think we were the last straw that made a great doctor that was good to my son leave that practice because he just couldnt take it anymore. i pray you make it till tuesday. i am glad the lady called back and asked that question about being a danger. it makes you want to say “hell yes he is a danger look at the f****** chart.)

Hugs and lots of prayers ♡♡
Ironically I am going through a similar situation with my 23 yr old autistic son. His anger and self injurious behavior has greatly increased recently and now he is kicking other innocent clients at his day proggram. They are close to kicking him out of this program due to this new abusive behavior he is displaying toward others. My son is non verbal so we don’t know what is bothering him.
Q UESTION: what psych meds have worked for Garvin when he is displaying angry and violent behavior? Thanks for helping a mist your own family crisis 🙁

First of all, I’m so sorry you’re going through that. Secondly, I’m not sure we ever really found a med for the outbursts. Typically for Gavin, these tantrums and willful acts of violence meant to manipulate or punish us for not giving him what he wants.

I would think something like Klonopin or Ativan would help to ease these situations.

I know that Klonopin can be taken more than once a day and that might help with the outbursts. Outside of that, I’m not sure what else to suggest, other than obviously trying to figure out what getting him so upset.

Talk to his doctor and hang in there……

Thank you Rob for your response and suggestions. Many times Calebs outbursts are similar to a two year old not getting what they want like a bowl of candy for dinner. Thedifference is a temper tantrum in a adult male who is 5’10 and 260 pounds can be quite dangerous for himself and for others around him . In the past he has only displayed self ingurous behavior….this new display of violence toward others is a new behavior and very concerning. Psychiatric services for cognitively delayed adults is very scarce in our area…the wait list is one year so my only avenue is going to his primary care physician who is clueless when it comes to behavioral concerns. I just wanted to go in armed with some medication suggestions. Thank you again foryour help. Your blog has really helped me feel not so alone in my journey. Good luck with your new crisis with Gavin and always know you have others praying for you and supporting your struggle with parenting children with Autism.

Stephanie, dont be afraid of the klonipin. a friend of mine takes ativan and swears by it. since your child is non verbal you of course dont know what is bothering him. maybe one of those two meds might help him calm down. dont be afraid about him being dependent/addicted on those two drugs either cause drs will try to scare you with that. you probably need to get some klonipin (different from an anti depressent) for yourself. I dont know how people make it thru all this without being medicated in some way themselves. if i remember when i was young all the mothers were taking valium cause the kids had adhd and the meds werent given to the kids. now the kids get adhd meds and the mothers dont take anything.

Stephanie, i am so sorry that on top of everything you have to worry about your son getting kicked out of the day program. i am sure they don’t have a place in mind for him if they do make him leave. hugs prayers for you