Review – Tired Teddies is an all natural sleep aide for kids


We are officially in a crisis with Gavin.

Today has been an absolute nightmare and it’s not even lunch time yet. While I was taking the boys to school I got a call from Lizze because Gavin was freaking out.

Apparently, she went to give Gavin his meds this morning and had to get him from his room.  She assumed he was sleeping so she brought them to him.

She found him wide awake and interacting with his visibly challenged friends.

I got home as fast as I could and intervened. 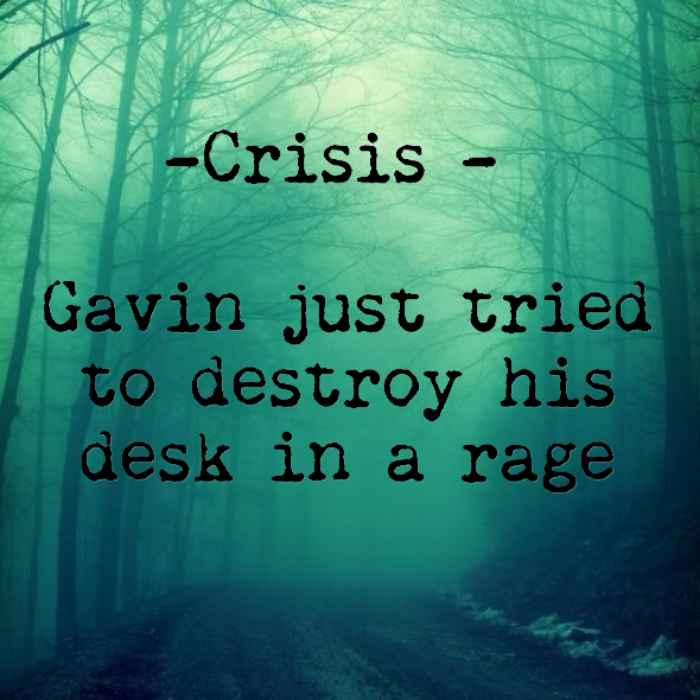 I got him downstairs and Lizze and I tried to speak with him.  We explained that the only reason he’s in trouble is because he being violent and destructive. We weren’t mad that he got up early to meet with his friends.  We’re just concerned.

He was basically hysterical and he wouldn’t calm down.  We did however, learn that he lied about getting up at 6 am.  Turns out he never went to bed in the first place or at least not for very long.

Apparently, he’s been up since at least 1 am.  He says he just couldn’t sleep but I think it had a great deal more to do with his friends not leaving him alone.

Anyway, he wouldn’t settle down so I sent him to his room to calm down before we even tried to start his infusion.

That’s how our day has gone so far.

I fear that Gavin is coming unglued and I don’t know that there is really anything we can do about it.

I have a feeling that this is only the beginning and things are going to get much, much worse.  We may end up taking Gavin to the ER today and get him admitted for emergency stabilization, assuming they will even touch him.

The other major concern is that his outbursts are going to trigger an Autonomic Crisis and that would be a very, very, very bad thing..

There’s more to the story but that’s for another post.  I have to try and get his infusion going…..

i am so sorry this is happening again. yall must seem to be ready to check yourselves in somewhere. i would video all this stuff for your documentation. i hope you were able to get the infusion done. glad the other kids were not there to witness this. lizzie i know this is hard on you to