With all my recent talk about Gavin being a Sociopath, I wanted to help make sure everyone understood what exactly that means. I’ve connected with a few other parents and families dealing with the challenge of living with a sociopath. I hope to be able to provide support to these families and any others going through the same or similar thing.

I’ve taken the steps to add a new forum to the My Autism Help Forums. This forum is dedicated to discussions and support in regards to Anti-Social Personality Disorder, otherwise known as Sociopathy.

While this doesn’t take away the pain of what I know these families are living with, I hope it helps to provide a sense that the aren’t as alone as they feel. I hope it provides them with connections to people who understand what they are going through. Most importantly, I want them to know that they aren’t crazy and there are people out there who know they aren’t… Those of you living with a Sociopath will know exactly what I mean.

I hope this helps….

You can find the forums here. 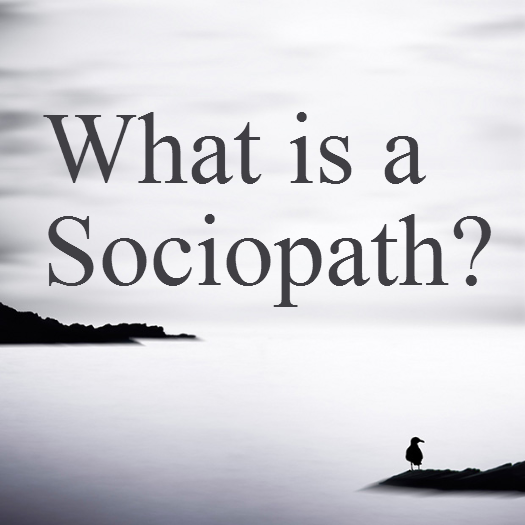 What is a Sociopath?

Courtesy of the Mayo Clinic.

What is Anti-Social Personality Disorder?

Symptoms
Antisocial personality disorder signs and symptoms may include:

Antisocial personality disorder symptoms may begin in childhood and are fully evident for most people during their 20s and 30s. In children, cruelty to animals, bullying behavior, impulsivity or explosions of anger, social isolation, and poor school performance may be, in some cases, early signs of the disorder.
Although considered a lifelong disorder, some symptoms — particularly destructive and criminal behavior and the use of alcohol or drugs — may decrease over time, but it’s not clear whether this decrease is a result of aging or an increased awareness of the consequences of antisocial behavior.

Causes
Personality is the combination of thoughts, emotions and behaviors that makes everyone unique. It’s the way people view, understand and relate to the outside world, as well as how they see themselves. Personality forms during childhood, shaped through an interaction of these factors:

Risk Factors
Although the precise cause of antisocial personality disorder isn’t known, certain factors seem to increase the risk of developing or triggering it, including:

Men are at greater risk of having antisocial personality disorder than women are.

Complications
Complications, consequences and problems of antisocial personality disorder include:

When doctors believe someone has antisocial personality disorder, they typically run a series of medical and psychological tests and exams to help determine a diagnosis. These evaluations generally include:

To be diagnosed with antisocial personality disorder, a person must meet the symptom criteria in the Diagnostic and Statistical Manual of Mental Disorders (DSM). This manual, published by the American Psychiatric Association, is used by mental health providers to diagnose mental illnesses and by insurance companies to reimburse for treatment.
Symptom criteria required for a diagnosis of antisocial personality disorder include:

Psychotherapy, also called talk therapy, is sometimes used to treat antisocial personality disorder. Psychotherapy is not always effective, especially if symptoms are severe and the person can’t admit that he or she contributes to problems.
Psychotherapy may be provided in individual sessions, in group therapy, or in sessions that include family or even friends.
Medications

There are no medications specifically approved by the Food and Drug Administration to treat antisocial personality disorder. However, several types of psychiatric medications may help with certain conditions sometimes associated with antisocial personality disorder or with symptoms such as aggression. These medications may include antipsychotic, antidepressant or mood-stabilizing medications. They must be prescribed cautiously because some have the potential for misuse.
Skills for family members

There’s no sure way to prevent antisocial personality disorder from developing in those at risk. Trying to identify those most at risk, such as children living with neglect or abuse, and offering early intervention may help. Getting appropriate treatment early, and sticking with it for the long term, may prevent symptoms from worsening.
Because antisocial behavior is thought to have its roots in childhood, parents, teachers and pediatricians may be able to spot early warning signs. While diagnosis of antisocial personality disorder generally isn’t done before age 18, children at risk may have symptoms of conduct disorder, especially behavior that involves violence or aggression toward others, such as:

Early, effective and appropriate discipline, lessons in behavioral skills, family therapy, and psychotherapy may help reduce the chance that at-risk children go on to become adults with antisocial personality disorder.

I appreciate your posting this. It is quick & informative. I am 35 & have ASD. I was misdiagnosed with schizo-affective disorder, bullied & antagonized by hospital staff & doctors and told by a “specialist” that I would wind up either dead or in prison if not the morgue in 2006.

thank you for the great explanation. I am so sorry yall are having to deal with this.

Thank you as always… I appreciate it. ☺

I know you do Rob. I can’t say it enough how much your blog has saved the little sanity I have left. I am sorry Gavin is going thru this. your expanation not only helps me understand what is going on with yall but I will have this knowledge if i run into a situation with someone else and i can be more educated and compassionate.