I wanted to update everyone on Elliott and everything that happened today. It’s been a really rough 24 hours and nothing about today went according to plan.

It was supposed to be pretty straight forward today but that proved to be anything but the truth.

I was supposed to take the boys to school, Lizze to Dr. Pattie, myself to the park to walk and them take Lizze to University Hospital to see her new migraine specialist. 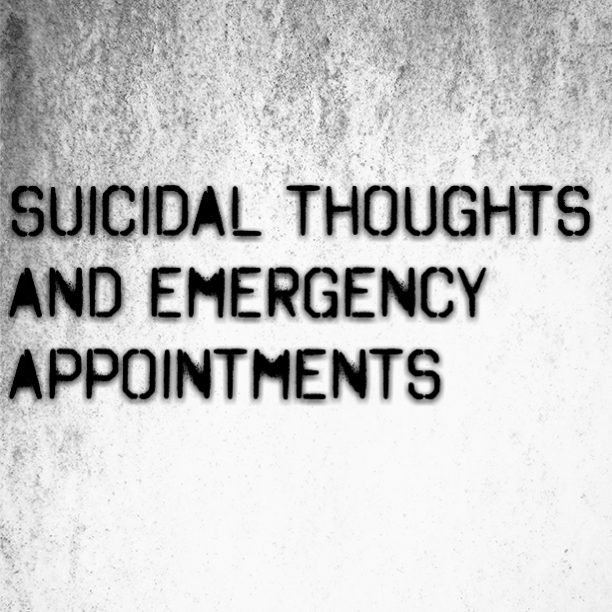 Unfortunately, I made it halfway through my first mile and I got the call that Elliott was sick.

Lizze had to cancel her appointment with her new neurologist and we went home to let Elliott rest.  However, that was short lived because we got a call back from Dr. Reynolds office and they wanted Elliott seen right away.

If you missed this from earlier, Elliott has been having suicidal thoughts and we just found out it.

Elliott was seen within 45 minutes of me hanging up the phone.

We met with Dr. Reynolds new Nurse Practitioner and she was really cool.  After interviewing Elliott and asking him some pretty difficult questions, we decided what our first move would be.

It was decided that we had to immediately treat Elliott’s depression.  His suicidal thoughts are most likely not related to the Abilify he’s on.

In the morning, Elliott will begin taking Prozac in order to help him manage his severe depression.  The idea is that the combination of Abilify and Prozac will help to stabilize his mood and manage his depression.

We did learn a few things about why he’s so upset and a large part has to do with Gavin.  He’s angry and hurt because Gavin doesn’t keep his word to him.  He’s angry that Gavin is being mean to Lizze and bullying people at school.

At the same time, he’s terrified that Gavin will have to be removed from our home again and he says that he doesn’t think he could take loosing his big brother for a second time.

Can you say heartbreaking.

Elliott goes back in 4 weeks for a followup and sooner of there are any problems.

When he went to bed tonight, he was clearly not feeling well and most likely will not be at school in the morning.  I had thought that he was not feeling well because he was so stressed out and while that may be partially true, he’s definitely getting sick.

I’m hoping that we will be able to get a handle on his depression and begin helping him reclaim his life…..

Anytime someone threatens to kill themselves, especially children, it must be taken seriously.  It’s positive that they are talking about it but that doesn’t mean they’re out the woods.  They need and deserve whatever help is required to provide them with relief from the monster known as depression.

As for me, I’m absolutely exhausted and completely drained emotionally.  Elliott spent most of the day crying for a million different reasons.

We had a few minor issues with Gavin but nothing catastrophic.

I’m so ready to call it quits for today.

I am taking what was said into account, when I use to go on to the site wrongplanet there was users that had thoughts of killing themselfs and from what I have seen is for someone that is on the spectrum it can be even worst because for alot of Aspies, Emotions is a hard thing to process in there heads at times.I know that because I have had times were I couldn’t process the emotion in the right way or order.

I was thinking about Elliot all evening and kept checking the blog to see what had happened. I suffered from severe depression for much of my childhood and didn’t get treatment of any kind till I was an adult. People think “it would be great to be a kid and have no responsibilities” but kids also have little or no control over their lives. Like Gavin’s being abusive to Lizze and kids at school, and the possibility that he’ll be removed from the home — that’s got nothing to do with Elliot and there’s nothing he can do about it, but that doesn’t stop him from freaking out. Even adults have a hard time not freaking about things they can do nothing about.

Praying for you guys!