Hopefully Gavin will learn his lesson. Yeah… Probably not.

Confessions of an #Autism Dad: I don’t think I could be anymore worried than I am right now

Last night, I upset Gavin because I wouldn’t allow  him to use a jeans day pass that he claims he left at school.

We told him that if he brings it home today and we see it, he can use it next week when he returns to school.  He was pretty upset that we wouldn’t allow him to use a pass that we truthfully don’t know actually exists. 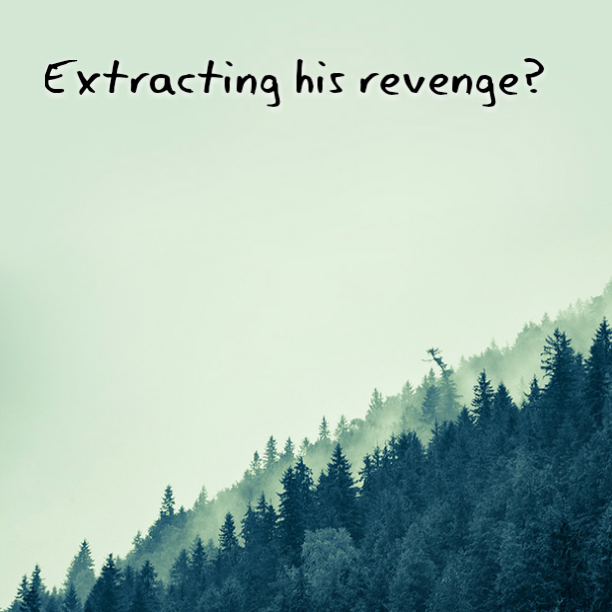 Lizze and I explained to him that this is why trust is so important and this is can happen when there is no trust left because it’s been broken too many times.

My hope was that he would learn a lesson from this…

However, this morning while taking his meds, he dropped at least one pill on the floor and I can’t help but wonder if that was done to get back at me for the jeans day pass thing.

Gavin dropping his pills is something that he’d been doing to Lizze specifically.  Truthfully, I don’t know what he gets out of it but he’s getting something because he was doing it purposefully.
We addressed this by putting his pills on a plate or in a little cup.

This prevented him from pulling his hand away as we were dumping the pills into his hand.

While this addressed part of the problem, he soon began spitting his pills into his water bottle, only to be discovered by us later.  He even spit pills through the straw on his water bottle and claimed it was an accident.

So you see, this wouldn’t be the first time he’d done this and fact that this happened the morning after the jeans day pass thing, lends me to think he was trying to get back at me for not allowing him to wear jeans today.

With that said, it’s also entirely possible that dropping his pill today was an accident because his hands shake.

My gut tells me this was him trying to get some sorta revenge. However, guilt soon follows because what if it was an accident?

Is there any help for sociopaths?? What will Gavin’s future be?? Is it possible to eventually videotape Gavin’s sociopath behavior??

I totally agree , i don’t think you all are giving him credit. I think he knows exactly what he is doing, but don’t care because he didn’t get what he wanted so he is going to try to get his revenge. I fully understand it as my 15 year old daughter, who has autism, ADHD, bipolar, and more, does this all the time. If she doesn’t get what she wants she does something that could look like an accident to any other person but really she doing it on purpose because she did not get something that she wanted or she got into trouble. It seems to me like gavin is way smarter than some people think but just does this stuff because he didn’t get something or got in trouble or he is acting like he dosen’t understand something because he doesn’t want to do it. I believe if he keeps doing things like this with his medicine . he should be given a punishment.

I agree with you. The problem is, how do you discipline a child that simply doesn’t care? How do you teach a child that doesn’t learn?

It is hard to discipline a children that are like that. I am constantly having to find a new way to disciple my daughter. I am trying to switch as punishment as often as possible because she thinks if she does something like if i find out she lying to her teacher than she will say, (after having the biggest tantrum) i don’t care i am only losing all my electronic usage for a day i try i make it two or three days. I sometimes add another punishment to it like doing an extra chore or something. I try to make it so she doesn’t get use to the punishment. Also something else i do if she has a tantrum then i say you must be tired, you’re not getting enough sleep and make her go to bed 30 min to an hour earlier than usual. But then there are time when nothing works and then it goes to her getting admitted to the hospital for days sometimes weeks at a time, like now where we are almost to having to have her admitted again.

Brianna, know that you have another person praying and thinking of you and your family out here. all of that has to be difficult and plus you may have other family or just the system to deal with. i hope she doesnt have to go to the hospital but i know you need a rest to recharge.

I love how everyone is there for one another.

I want to thank you for adding my family to your list of prayers and thoughts. And yes it is very difficult to take care of a 15 year that has been given too many mental and behavioral diagnosis to list in this comment, a 3 year old son who is unable to speak and refuse use sign language or any other form of communication , and a 8 year old little boy who is stuck in the middle of it all but is so sweet and longs for special time alone with me but can’t get much of it because i am a single parent taking care of 3 kids, two of which have special needs. So again I thank you for thinking and praying for us.

I have read this blog and ‘My Life Beyond Labels’ from start to finish and honestly, I don’t think you’re giving Gavin enough credit. I think you write too many of his behaviors off as kids’ play or part of his diagnoses, and from the outside, Gavin seems like he’s making very calculated decisions in an effort to get his own way, and failing that, make his family miserable.

I’m not sure what other punishment method is available, but I don’t think oatmeal for dinner is cutting it anymore.

Thank you for investing so much time. I also wanted to thank you for recognizing our struggle. He is very calculating and he doesn’t care. You’re also right, Oatmeal is no longer working.

However, as I stated in the comment above, how do you a discipline a child that doesn’t care?

I wish I had an answer for you, Rob. The other worry is that once you find something that he cares about enough to be of use in regards to discipline, will he then set the bar higher when it comes to his revenge? When I read the Gavin stories, one thing springs to mind immediately: What about Elliott and Emmett? Are they 100% safe from their older brother?

please know that this reply is not an attack on you what so ever. I appreicate you caring enough for rob and his family to write anything. what i did want to say is that nobody is 100% safe from anybody. i wont go into all the terrible things that could happen that dont have anything to do with gavin. everyone has probly imagined the worst being a parent. you have to write some of gavins stuff off as being a kid because even though he is mentally ill he is still a kid. whatever gavin is doing is kid’s play or his mental illness. I dont think he is trying to make is family miserable on purpose. that would be his mental illness. if he takes a toy from his brother and it makes brother cry, think about your own childhoods and how your brothers and sisters may have done that just because he is your brother and thought it was funny in a kid/brother way. Gavin has other things going on with him, such as his autism, mental illness, the automonic thing, and more. i know that when we were younger my sister loved me but my mom wanted her to pick me up from the skating rink and earlier my sister was not allowed to go out with her boyfriend for whatever reason so guess what my sister was pissed because she didnt get to do what she wanted. then she picks me up from the skating rink and i probably had a sip of beer (young stupid teenager) and my sister was so mad in general as soon as she opened the door to our house, i will never forget it lol she said “she smells like a brewery” (who says that and where did she get it lol) and all hell breaks loose between me and my mother and it wasnt pretty at all and my sister just walks off. of course i am in serious trouble and my sister was glad i was in trouble because she was angry and didnt get her way. i do have to say that my two kids did none of that back and forth meaness and i dont know why but it happens all the time.

Everyone is as safe as possible…

I think you mean Exacting his revenge…

Lost and Tired
Reply to  Banana

Yup. You’re right. It was an auto correct thing and it was so close I didn’t notice….