#Autism – OMG the screaming is torturous

I’m really proud of myself


Gavin had a massive tantrum on Saturday afternoon.  It was rather disruptive and I’d like to pretend that today will be a better day but I’m a realist.

This is what happened.

Because of Gavin’s problematic behavior, we’ve had to institute rules to ensure everyone’s safety.  One of the most important rules is that Gavin is never left alone with anyone.

As a result of his propensity to target Lizze, he’s not allowed on the same floor if I’m not there.

If we’re all watching TV and I have to run to the bathroom, Gavin has to go to his room.  He’s not allowed to leave his room until he’s called back down. 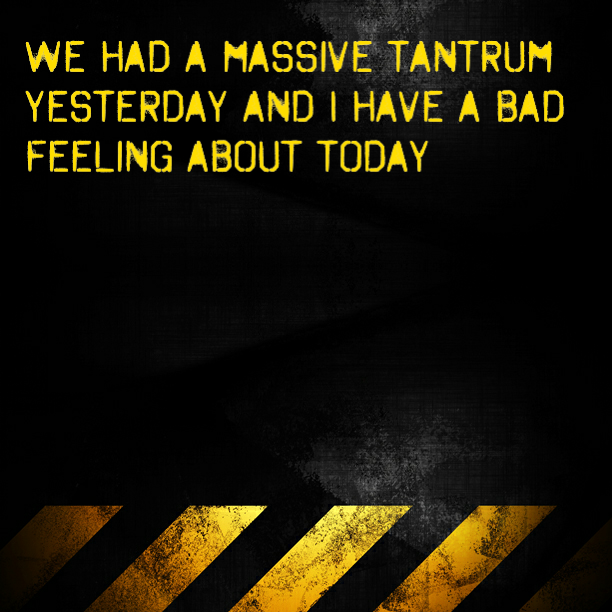 It’s important that we know where Gavin is and so when he’s sent to his room, he needs to stay there until we tell him he can come down.

Today was a really rough day for a million different reasons.

When Gavin was sent to his room while I was upstairs waking Lizze up from her nap, he let himself out of his room without being called down.  We had just gone over this and he knew that he wasn’t supposed to leave his room.

We have to have a zero tolerance policy for things like this because we’re talking about everyone’s safety.

I was getting ready to take Elliott, Emmett and Gavin outside while I cooked dinner on the grill.  However, because Gavin hadn’t listened, I sent him back to his room.  He began throwing a fit on the top of the stairs and so I made him come down and sent the boys upstairs.

Gavin sat on the floor in the living room throwing a tantrum.

It’s was a really unpleasant 25 or 30 minutes for everyone that was in the house because there wasn’t anywhere you could go where you could escape his tantrum.

As Gavin’s tantrum continued, he lost his choice of what to have for dinner.

We were all having chicken but Gavin had oatmeal.  We haven’t really done that in awhile but for those of you that are gawking at the thought of us doing that, let me explain. 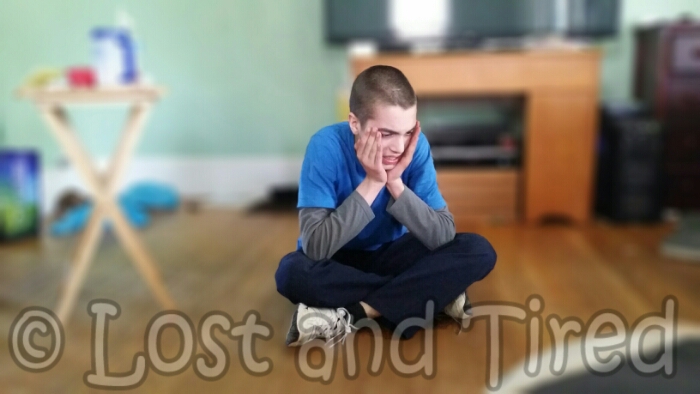 Gavin is very, very food driven.  Many times, it’s the only leverage we have.  We absolutely never deny him a healthy meal.  All we do is take away his choice.  Typically, we give the boys a choice of a few options because they are all sensory sensitive esters and I can rarely feed everyone with one meal.

Sometimes when Gavin is choosing to disrupt everyone with his behavior, as a consequence, we simply don’t allow him a choice.  He gets the default and that’s oatmeal.

He still gets desert and fruit or whatever else we have.  It’s just that we take away his ability to choose what it is he’s going to have.  It really sounds much worse than it actually is.

You have to remember that we are trying to manage a sociopathic teenager and that requires us to think outside of the box.

Anyway, Gavin did fine the rest of the night and is certainly a positive thing.  He’s just in a really weird place right now and I have a feeling that today isn’t going to be much better… 🙁

Thank you all for your support. 🙂

to “actually autistic mat” Tantrums are very different from Meltdowns. This was clearly described as a tantrum (which is a chosen form of manipulation) for which punishment is and should be given. I totally agree that if it was a meltdown (which is something out of his control) then a different approach is necessary.

i am kind of horrified and nauseous reading this.

you banish your 12-year-old to his room regularly. he comes out, you try to send him back, he has what (if it went on for longer than 15 minutes) was probably a meltdown, and you PUNISHED HIM for it?

you sicken me and i am desperately glad you’re not my father. i would take the religious abuse i suffered over this parenting any day.

Mat, Rob has posted frequently about the difference between a tantrum and a meltdown. He’s extremely skilled at determining which is which for his boys. All of the parenting techniques used with Gavin have been approved by a host of psychologists, psychiatrists and other experts. What is important to remember is that Gavin isn’t actually very autistic. The majority of behaviours he exhibits are the result of his mental health diagnoses – predominately the reactive attachment disorder and antisocial personality disorder. The management of a child like Gavin is very different to the management of a child with just Autism and you’ll notice that Elliott and Emmett, who are much more straight forward, are dealt with very differently.

actually autistic mat, you sound like a kind, sensitive person. Gavin can’t be around the other boys for their safety, not to be mean to Gavin.

Oh no this doesn’t sound good. How often does Gavin misbehave like this?

unrelated question: how do you get your photos to have such a specific focus and the entirety of the background to be blurry?
I hope tomorrow is better.

Lost and Tired
Reply to  K

Thanks k. The app is called after focus. 🙂