Haircuts for kids with #Autism can prove insanely challenging

My kids will get their #flushot today and here’s why

Haircuts for kids with #Autism can prove insanely challenging

If you recall, Lizze had a dentist appointment and her Mom picked up the boys from school for us.

After the appointment, we grabbed the kids and headed out to run an errand. While we were out, I decided stop and do haircuts. It began as just Elliott, who was not at all cooperative but desperately in need of a haircut. Emmett decided he needed one as well. I figured why not add Lizze to the mix because she’s been wanting one also. Gavin and I shave our heads so we don’t need help with that. ☺ 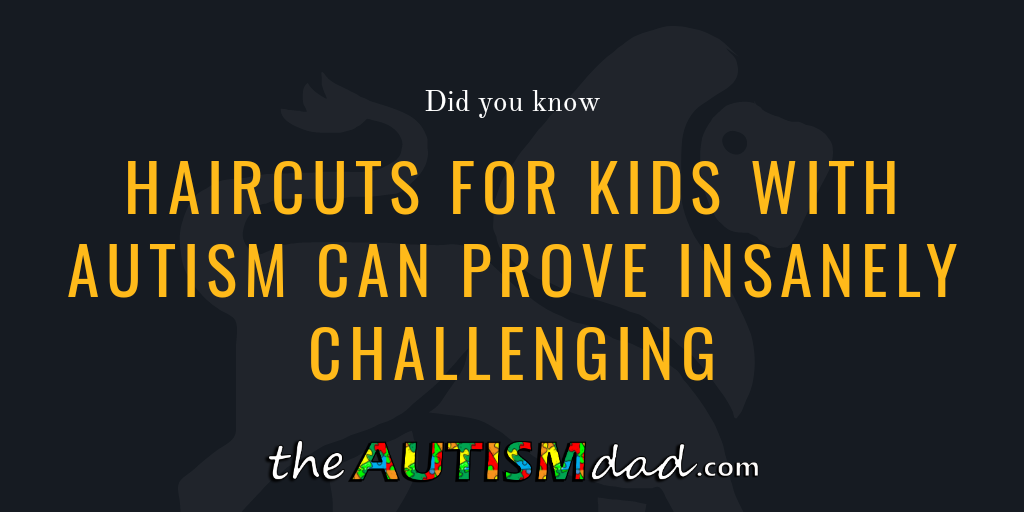 Elliott was not in a good mood, making a scene and being very difficult. It’s so hard to see him like this and I wish we knew how to better help him. 😔

We aren’t sure what’s going on with Elliott right now. We know that Autism, Anxiety and Depression play a role but so is him being a preteen.. We’re getting him as much help as we can but it’s an uphill battle.

Anyway, Elliott ended doing really well with the stylist and got a nice haircut. It wasn’t easy but I’m very proud of him and I made sure he knew that.

Emmett was indecisive but otherwise very cooperative. Emmett’s problem is deciding what he wants and then accepting what he decided afterward. It can also be a sensory nightmare as a result of the little tiny hairs that manage to find their way under his shirt. The stylist was really great with him and he’s super happy with his hair cut. Sometime he’s not and it’s a big problem for awhile.

Lizze is happy with hers as well and she looks amazing.. ☺ 💙

I’ll try and grab some pictures later on. I didn’t want to push things because it was a sore issue still for some of them. Cough cough Elliott cough cough..

I wish I had hair to cut but I haven’t needed to see a barber for a very long time and I’m okay with that.

Anyway, it was a busy afternoon/evening and I’m beat. I’m hoping a good nights sleep will help me to find a better day when I wake up.