IEP meeting in the morning 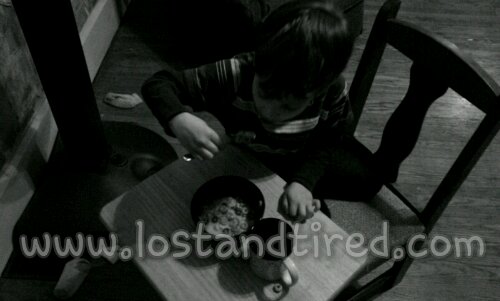 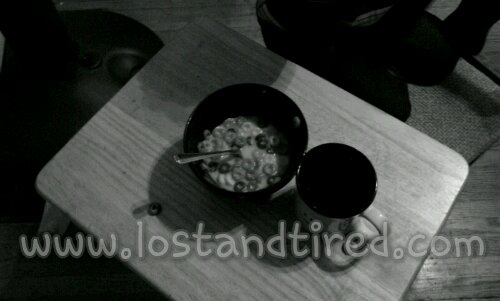 I think I’m going to make it a point to share our daily victories. So many times, these little victories get lost in the shuffle and I never get around to sharing them.

Today’s victory is pretty simple but significant nonetheless. Elliott, doesn’t have as many challenges as some other kids with Aspergers can have. However, one of the things we do struggle with is texture, especially when it comes to food.

Elliott has never liked milk. He’ll drink chocolate soy milk and that’s all. He has got to be one of the pickiest eaters I have ever met.

He finds something wrong with almost anything he eats.

Anyways, today, out of nowhere, he asked for milk in his cereal…..and he actually ate it. Well, most of it anyway. I couldn’t believe it.

I actually don’t ever remember him having cereal with milk and actually eating it. Again, this may not seem like a big deal to some but to me, this is step forward towards broadening his diet.

my son one day asked for milk in his cereal and i nearly fell on the floor. he ate 5 or 6 spoons of it and said it is soggy now, and didnt want it… he hasnt eated it with milk since…. BUT in order to get him drinking MILK. we mixed two heaping spoons of yogurt into it and called it a MILK SHAKE. he loved it. and has it daily… my daughter on the other had is lactose sensitive and complains of a icky tummy when someone serves her milk, she LOVES cereal but we have to buy her LACTEZE milk and she is able to drink it. (is it a lactose issue for his dislike for milk?)

try making a MILK SHAKE one day with yogurt (we only buy vanilla because ayden is offended by the chunks in those berry ones) but you never know, you might find the kids will start drinking milk

I LOVE any day when He eats a new food. i pick up the phone and call someone ANYONE who will listen and say GUESS WHAT…. lol. sounds silly to some. but to me it is an amazing thing.

GOOD LUCK with the battle…

I l-o-v-e that are sharing daily victories!! Nice. Work.

Ironically funny, there's a lot of food I won't eat but I crave that texture from milk & cereal. 😛

Nice post. My son has Asperger's and struggles with different things including food. He will only drink milk with lunch at school or with oreos 🙂 Never on cereal. It is always a huge accomplishment to add a new item to the food list.

Thanks. Progress is progress. 🙂

At almost 26 I still won't eat cereal with milk so I take my hat off to him!

26….OMG do I feel old. Thanks Julia. I don't know what it is about milk but I'm just happy to be able to add something new to his diet. 🙂