It’s gonna be one those days


I’ve mentioned a few times about Elliott’s broken DSi.  I explained that while we have the extended warranty,  Elliott picked the sticker with the serial number,  of the bottom.

This has prevented us from getting his DSi replaced.

Yesterday,  on a whim,  I went to best Best Buys and spoke with the general manager, Bob Lewis.  I explained that Elliott has Autism and picked the serial number sticker off the bottom of his DSi.

I told him that since that had happened,  his DSi had stopped working correctly.  We had wanted to get it replaced but I was told it wasn’t possible because the serial number was missing.

He asked me to wait a few minutes and he would look into it.

He came back and explained that the problem with doing the exchange is that the store would likely not receive credit from Nintendo for the return.

However,  having said that,  he said he would be happy to take the loss.  He gave me his business card and write a note,  approving the exchange.

I can’t even begin to explain how awesome that made me feel.  This DSi has been really frustrating Elliott and we were gonna try to replace it with tax return.  However,  since we will likely be out of a van now,  we had to re-prioritize.

I was so excited.

As soon as Elliott came home from his grandparents,  I told him we could get it replaced.

He and I went to Best Buy and approached the customer service counter.  I explained that we had spoken to the manager and he said we could exchange his broken DSi under warranty.

Not only did they replace it,  they let him pick out a 3DS as a replacement. They evolved Elliott and made sure it was what he wanted and they did the exchange.

He is beyond thrilled.

Later on,  traded my PS3 games in to GameStop,  so that he could get some 3DS games.

Between the trade-ins and their buy 2 get one free,  he walked out with used copies of Mario 3D, the Zelda remake and the new StarFox without having to spend anything other then the trades.

It felt so good to be able to do that for him.
I want to thank Best Buy for their understanding and compassion.  They didn’t have to replace the DSi.

I was very impressed by their actions and the fact that they involved, Elliott in the process to ensure he got what he wanted.

For that reason,  I consider Best Buy to be an Autism friendly store. 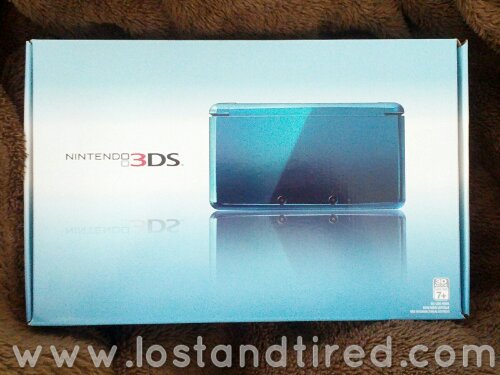 That is so awesome!
My recent post asking for prayers and crossed fingers tomorrow!