Confessions of a special needs Daddy: Clutter and Chaos

#Autism and The Spider Monkey


While I was working on my last post,  we had another structure fire in the neighborhood.  This happened just done the street and honestly,  this is getting scary.

I don’t know what started the blaze or whether or not anyone was hurt but I’m pretty sure it was an amazing and abandoned house.  Last summer and the summer before,  we were seeing a lot of abandoned house being torched.

This is scary not only because the firefighters could get hurt but also because these houses are so close together.  It wouldn’t take much for a fire to jump from house to house. The past week or so there have been huge explosions.  These are happening at night and they actually,  literally shake the house. The police have told us that the explosion is so loud that they are getting calls many people in the general area.

It was thought to be M80’s but,  this seems much more powerful than that.

I don’t know if anything is related or if it’s just random acts but something has to give.  When the explosions go off,  it’s really scary.  It feels like I would imagine a bomb going of would.

Canton, City Fire did a great job of knocking out the blaze in no time. As I said,  I don’t believe anyone was hurt. If that’s the only good to come along today than at least we have that. I really hope this fire was accidental. That would make me feel a little bit safer.

Thank you Canton City Fire for keeping us safe. 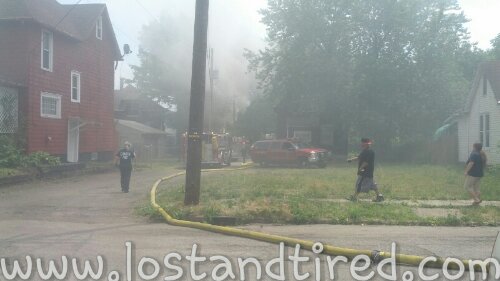 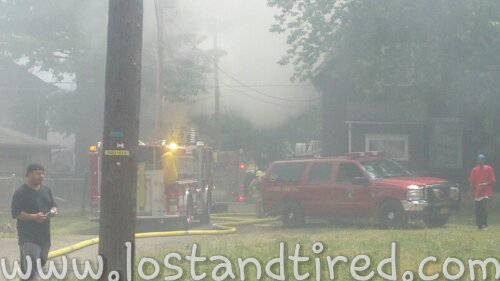 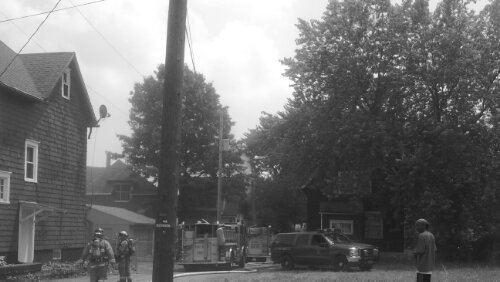 I have a video clip of the power lines going down and arching all over the place. I’ll post it later…

I would go so far as to leave a bag with friends or relatives, just in case the van gets stolen or something. when I win the lottery…

That made me laugh Carl. Only because that would truly believe the icing on the cake. 🙂

That is scary. Make sure you have some emergency bags packed in case you have to leave quickly. I hope you all stay safe.
My recent post Solar Oven S'Mores

You know, that\’s a really good idea. We used to have a bag packed when my wife was pregnant with the boys. I hadn\’t thought of doing that since. Great suggestion. Thank you.