#Autism and a trip to the store -

From bad to worse

#Autism and a trip to the store


I did a very brave/idiotic thing today.  I took Elliott and Emmett to Best Buy this afternoon to trade in some of their games and use the credit to pick out some new ones.
Lizze and I have been wanting to thin their DS game collection out for sometime now.  We especially wanted to purge the most frustrating games from existence.

I either bravely or idioticaly,  depending on how you look at it,  took both boys in to the store at the same time.  It was just the 3 of us and no backup plan.  This was kinda like walking a tightrope without a net.  It’s either really brave or really stupid.

The boys actually did really well.  It took a little while for Captain Indecisive and Sergeant Can’t Make Up My Mind to actually make their game selections but it was meltdown free and rather painless. I was really more worried about Emmett but he did quite well.

While I traded in their games,  the two of them played Lego Batman 2 on the XBOX 360 display.

There was no fighting, whining,  kicking or screaming. I can’t remember the last time a trip to the store,  especially a store like Best Buy,  went so well.  I mean,  I took 2 very young boys with #Autism to a store that is the very definition of overstimulation,  and asked them to each pick out one game.

Proud just doesn’t do what I was feeling any justice. They did awesome.

Way to go boys.  Daddy is so extremely proud of you both.  I love you and I enjoyed our time together this afternoon.  🙂 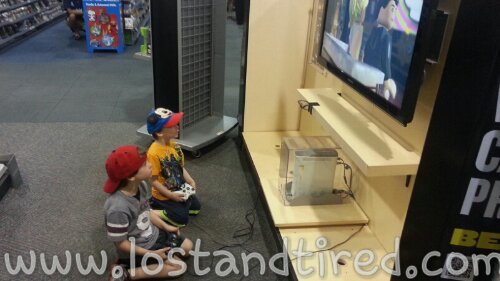 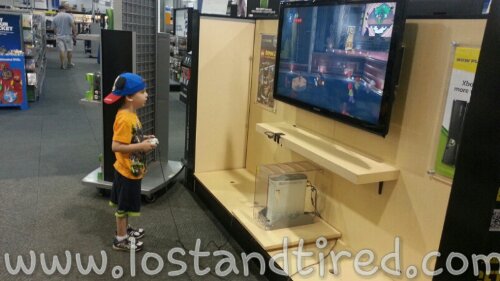 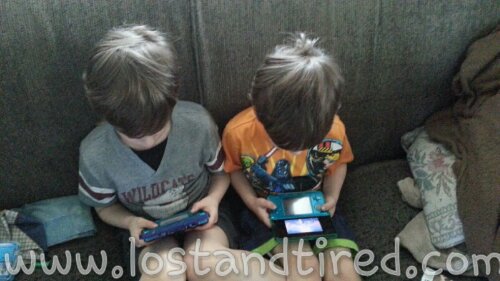 Wow!! I would have to say you are very brave!! So glad it went well for you. They are too cute. 🙂

Lucky day!  Our trip to Piggly Wiggly was not that smooth.  Saved by purchasing a crossword book and handing her a pen.  Thinking on our feet, yep, that's what we do.Snuck out on the next round of errands alone, and we were probably both happier.

@KathyKohlBuehler We used to have a Piggly Wiggly 😉
We are required to think quickly as well as outside the box. Thanks for sharing 🙂