The #ADHD Experiment: The addition of a maintenance dose


Monday will be 4 years to the day,  that I officially adopted Gavin.  We affectionately dubbed it gotcha day. It’s always been sorta like a second birthday for him.

Sadly, it’s doesn’t appear that we will be celebrating with this year.

It’s really sad that things have come down to this. 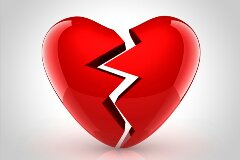 swearing an oath that I would raise Gavin as my own and take responsibility for him, from that day forth.

Sometimes,  I wonder if I lived up to that promise or if I’m somehow breaking it because of the direction things have taken since that day.

I have loved Gavin from the day I met him.

We became so close and I always looked at him as though he was mine.

In 2003 or 2004, a switched flipped in Gavin and it was like he was a completely different person. He no longer connected and retreated into what was later diagnosed as #Autism.

My heart was broken.

I adjust, over time and continued to love Gavin for who he was, #Autism and all.  After all,  you love your child no matter what, you just can’t help it.

Fast forward and I feel like I’ve lost him once again.

Disconnected has turned into cold, remorseless and empty.  He loves us the only way he can but it’s cruel, violent and scary.

I feel like I’ve lost what was left of him and I’m crying inside.

I so desperately miss my son.  It’s been almost 9 years sine that switch was flipped and he began the long road on a journey called regression.

It never gets any easier.

This is so painful.

I never thought that I would have to cast one of my own out of our home.  I never imagined that doing so would become the only way to protect the rest of us.

I want to ask something of all of you.

Please, never take anything for granted. Cherish every single moment you can with your children. You never know when some will happen that changes everything and you’ll be filled with sorrow and regret.

we have known Marc for all of his 11 years.  On December 28th, it will be 10 years since he was placed with us for adoption.  Tomorrow we are attending our first staffing for Marc since his placement began 3 weeks ago.  Not a day goes by when he isn't in my thoughts.

Loving our children is part of what makes us human.  Happy "Gotcha Day"  celebrate it anyway.  When Gavin is older, hopefully he can continue the tradition.  Right now, he is where he needs to be.  His placement doesn't mean that you love him less.  It is just the "next level of care."

Remember,  parenthood is a lifestyle choice.  not everyone decides to be a parent, even after they have kids of their own.

@Carlyoung you really should put this all down in a book. Very well said. I hope all is well for you and yours, 🙂

@lostandtired   Funny you should mention that.  I am working on a book.  The working title is "Not Wired for Love".  it is a compilation from my blog and some other things regarding RAD that parents might benefit from.

@Carlyoung can't wait to read it. 🙂

Rob, please don't wonder. Not today, not on any other day. There are no plans, no guarantees, no absolute outcomes. You know the grief that accompanies an autism diagnosis–it *is* one of losing a child–the child you *expected.* And you adjust your expectations and there is a "new normal" that looks impossible or absurd to everyone outside your house, but it is your normal. When people find out I have twins, they tell me how they "could never do it." This is just the twin part, not the "one has autism" part." Now I just remind them that sometimes we don't get to choose in such matters and that they don't make strong enough duct tape to "not do it."  It is in front of you and you do it. I knew for a freaking fact I couldn't do twins–god, I was terrified (and that was so far before Autism that it makes me laugh)–but, as I said, no duct tape, so I learned. And so it went with Autism.  You know how that goes.
Do you wonder because you think others wonder? Oh Rob, that will never go away, but neither will it ever be the least bit valid–does that make sense? And I suspect that you are strong enough to tune out your critics when the time comes. No, I know you are.
You have acted with love and concern and in good conscience. All of this is peppered with human weakness, but you're human, so that works out well. And you love a child who simply cannot respond with those very necessary human learning tools, so there's never going to be a happy balance, I don't think. You held up your end. Way high over your head, even.
Me? I don't think we control nearly as much of our lives as some would have us believe.  I don't think we can "choose" to be happy in a given circumstance–our emotions are part of the ride, part of the lesson, part of knowing-better-for-next-time.
Our job as parents is getting our children to a good and strong and safe place. Sometimes that's self-reliant/good citizen kind of adulthood, and sometimes it is less of a metaphor and more of an actual place, with doors and stuff–a particular school or, as in your case, a therapeutic residential setting for Gavin.  Getting him to that place will let you get the E-team to their own good, strong, and safe places.
Thank you, though, for reminding me what treasures my sons are. I remember the darkness of those early diagnosis days with Daniel, and I look at him now, and he just sparkles.  He will always be autistic, but now I know that he will also always sparkle.  We've been blessed, I know. Thank you for the reality check.
Regards, leslie

It's still an important date for him and you.  Isn't there some way you can find to celebrate it, even if it's not in person?  A card, or small gift?  My heart goes out to you guys….