How does the time change affect those with #Autism?


While Gavin was over yesterday, he informed both Elliott and Emmett that Burger King had Super Mario toys in the kids meals.

I don’t know what his motives were, if there were any,  but Elliott and Emmett latched on to that and wouldn’t let go. 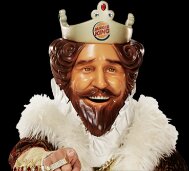 I’m not suggesting that Gavin was looking to cause trouble but he wouldn’t let it go we I told him to.

I know that I will inevitably get comments and emails saying that Gavin’s not responsible for what Elliott and Emmett do, and their right.  However, when I ask or tell him to stop talking about this and he keeps going, that is a problem.

Basically, I was left with 2 small children with #Autism and anxiety issues, now laser focused on these Goddamm Super Mario toys.

With a typical child, you can simply say, you can’t always have it your way, or something to that affect.  However, when you’re dealing with a special needs children, there are a million reasons why that approach is at the bottom of the list.

For starters, when your dealing with a special needs child, specifically #Autism, nothing is that simple.

Trust me, I wish it was.

Another side to this is a bit more selfish.  Self preservation is a factor as well.  My kids will latch on to these frigging Super Mario toys and will perseverate on them and drive me crazy in the process.

Maybe that sounds bad but I’m simply being honest.

I have often said that if the CIA ever needs information extracted from someone, they should send my kids in there to do it.

I love my boys more than anything but holy cow, can they drive me nuts.

Anyway, I took the irresponsible cowards way out and ran to Burger King to get them the kids meals with the Super Mario toys.  Lizze and I just didn’t have the energy to face the battles that would lie ahead of us of I didn’t.

When I arrived and was placing my order, I noticed the the menu board was missing.  They said they wind had blown it down.

I thought I had managed to avoid all of our problems tonight.  Little did I know…
As it turns out, they didn’t have Super Mario toys in their kids meals. Can you say disappointed?

Not only did my plan backfire, but it totally exploded in my face. It was bad enough that there was no Super Mario toys in the meals but they each got different frigging toys.

All I can say is that I’m glad the day is over and I’m going to sleep.

Couple of things to say to ya, Rob – you’re right, Gavin is not responsible for his brothers, but he IS responsible to listen to you and do what you tell him when he is able to come over.  As for the trip to BK, my suggestion, when you realize you’re going to give in to what they are wanting (and what I tried to do with my boys) is give them a task or a chore, that they are capable of doing, that allows them to earn the kids meal – then they aren’t “winning a battle of wills”, but being rewarded for good behavior.  Oh, and you’re not alone in getting a kids meal because your kid wants the toy, only to find out when you get home that they had run out of the toys, and it was something completely different. *sigh* Disappointing for normal kids…migraine causing when they are special needs kids…my condolences and sympathies go out to you. 🙂