Poor Emmett is really struggling today and it's heartbreaking -

How do you prioritize anything when everything is a priority?


It’s been a rough morning. The boys let us sleep in a bit and we’re able to occupy themselves with the Xbox. I always feel guilty when I sleep in because I feel like I should be awake. Truth is, I’m exhausted and not in the best place.

Lizze just wrote here personal struggles at the moment and you can read that here. People always ask how she’s doing and while she’s struggling with depression and chronic pain, at least she’s writing. That’s a good sign.

This post is mostly about Emmett and what he’s going through.

Emmett is so frustrated and overwhelmed by his stomach issues. I can’t blame him for that and I feel awful that we have been unable to help him. No one knows what’s causing these issues and we’re taking every step to get to the bottom of this. Unfortunately, it’s taking some time and he suffers while we’re tying to figure things out. He spent a large part of this morning in tears and it breaks my heart.

While Emmett’s menu has expanded in recent years, he’s still incredibly difficult to feed. There aren’t that many things he finds sensory friendly or palatable and now he’s associated stomach aches with some of those limited items. 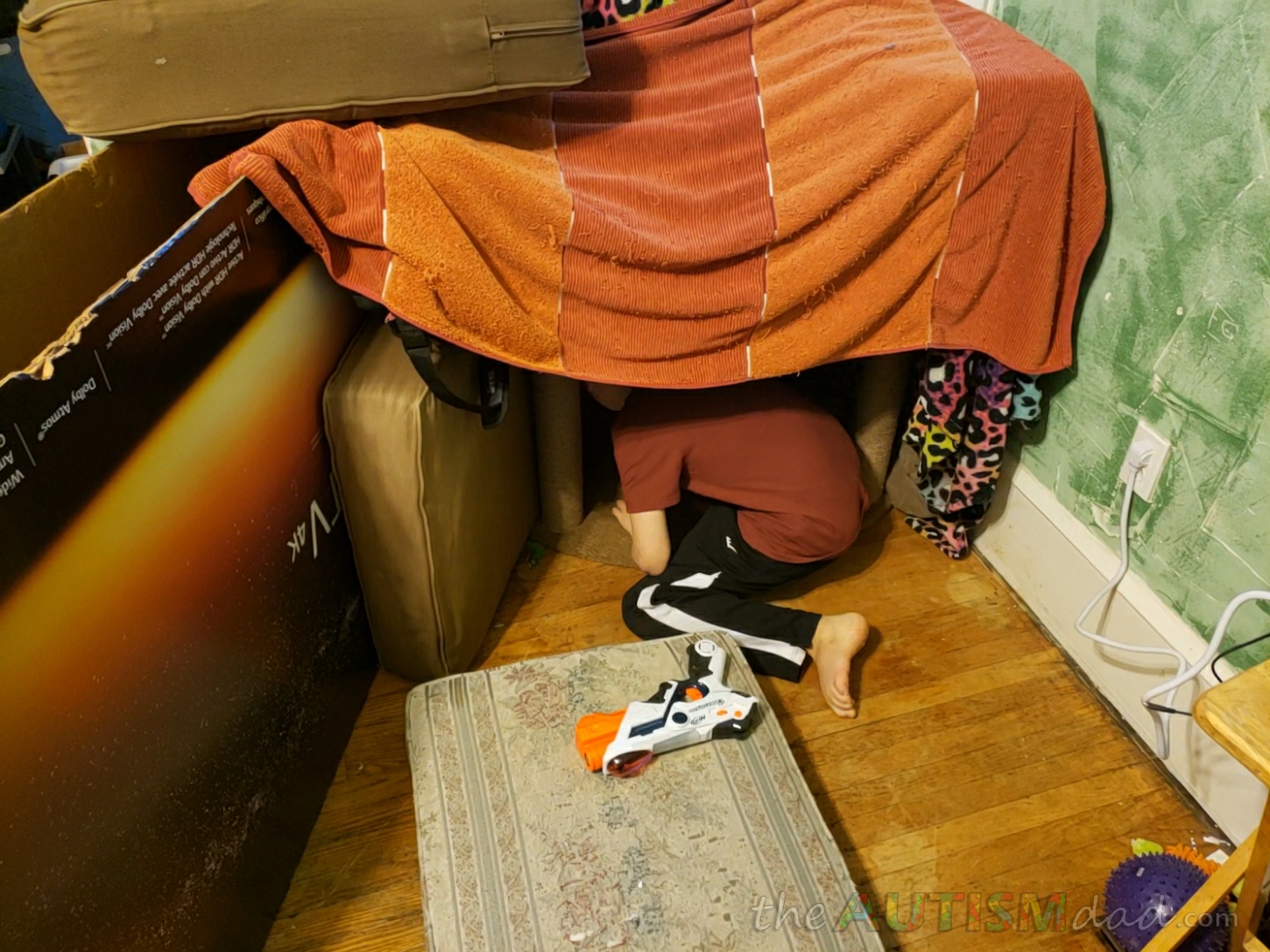 I don’t know if any of this is actually related to food or if it’s just sorta coincidence. I know that internalizes everything and has been prone to stomach aches as a result. He’s always anxious, stressed out but lately, it’s gotten worse. His fuse is incredibly short and he goes from zero to full-on-rage instantly. Emmett is an amazing kid and he’s not being difficult on purpose. In fact, I believe most of this is outside of his control. He’s so overwhelmed and frustrated with life. You can see that in his eyes when he’s freaking out.

I’m praying that we get his test results back quickly. If it’s not food related than we need to look elsewhere. If it is food related, as soon as I get paid, I can go shopping for things that should be okay for him to eat. That’s not going to be easy because not only does food need to be okay with his body but it also needs to be sensory friendly and that can sometimes be a moving target.

Speaking for myself, I’m frustrated and overwhelmed by all this. I can’t imagine what he’s feeling.

All I can do is try to comfort and distract. He’s not easily distracted from this but we did build a fort in the dining room and he’s found some comfort inside of that.

The boys went to their grandparents this afternoon and that should do him some good. We’ll have to see how that goes because he’s very volatile and it won’t take much to shove him over the edge.

I would love to be making better use of the first break we’ve had in awhile but I have too much work to do and with the kids gone, I’m somewhat distraction free. Lizze is sick today, so getting out of the house for a little while is not going to happen anyway.

Life is a constant struggle but it’s always worth living….

It hartbraking when it’s ur own, but seeing your kid going through a hard time it’s hartbraking als… https://t.co/oRVLNthr9n

Hang tough, take every minute as it comes. I know Emmett will start eating again, once the tummy tr… https://t.co/R5BOrCCLbI

Stay strong and know your not alone. My 12 year daughter is high functioning and struggles with con… https://t.co/XboN5elLK4

My 14 year old is high functioning. He struggles with anxiety, skin issues (blood blisters that no… https://t.co/fHcbumUidZ

Hugs to you and Emmett. My niece is low functioning and although her menu expanded from when she wa… https://t.co/xeYKI1zf8V

How about hot dogs and tater tots?