What it feels like to be investigated by Child Protective Services

Do your kids ever drive you crazy


Sometimes there are moments as a parent, at least for me, where I know I totally fail my kids.  This is never intentional but that doesn’t make it better.

Yesterday was one such day.

I totally let Elliott down and I hate myself for that. With everything that has transpired in the last week and Gavin’s infusion yesterday, I totally forgot Elliott’s martial arts demo. 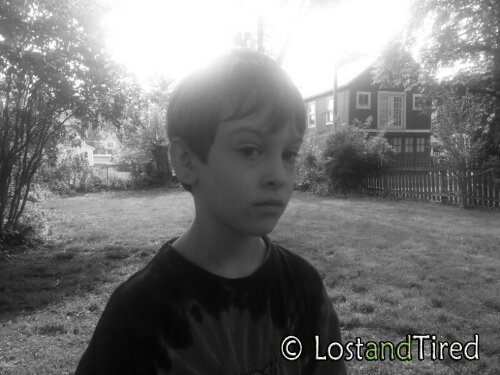 He never said a word about this yesterday until something happened that had him reacting in such a way that we knew something else was going on.

During this emotional episode yesterday, Elliott let it slip that we missed his martial arts demo.  He said that he was the only kid in his class that didn’t have a parent there.

As I share this epic failure with you all, I have tears in my eyes because I know I let my sweet, amazing and extremely sensitive Elliott Richard down.

I let him down in a big way.

The truth is that even if I had remembered, with Lizze and Gavin at the hospital all morning, I wouldn’t have been able to get there.

Having said that, I would have made sure that he had someone there and supporting him.

I absolutely hate letting my kids down and I never forgive myself when it happens.  When Elliott gets home today, I’m going to talk to him about this and apologize for not being there.

He will forgive me and that almost makes me feel worse.

Look, I know that many of you reading this will be like, dude cut yourself some slack. On one hand I know you’re right.  However, when I think about how badly he felt without me there, I get sick.

KatMoody rmagliozzi it’s nice to know that I’m not alone.  Life is like a juggling act and sometimes a ball gets dropped.  I wish it didn’t happen but such is life.  🙂

This happens to be all too often Rob — and yes you have to cut yourself a break. At the same time, give yourself permission to feel bad about it – sometimes we feel worse because we hate beating up on ourselves when we already feel bad, but sometimes we have to! That said, rather than concentrate on the negative, maybe talk with your little champ and see if there is some way you can see an example of what he did there, and maybe talk with him to see if he can be your “helper” to remember things like this in the future. Bobby (almost too) enthusiastically throws himself into the roll of “helper” when I ask, lol. {{hugs}} You’re an awesome parent, but we’re only human and we tend to make mistakes sometimes!

yes!I have not been able to make my youngest son’s school events for the last two years, always because I end up having no hours left at work. I did get my in laws to go last year in my place and his father this year. But still, I feel bad. I mean, he’s the second child and I feel he gets overlooked way too often. I have always had to handle the oldest child’s school stuff because he is so complex no one else could do it, and unfortunatly it became a priority. Maybe you can find a way to make it up to Elliot?

Gabe84 jjean3940 mvharbath Thank you everyone. I truly appreciate your honesty and support 🙂

It’s ok.  You’ve got more than your fair share on your plate.  But I get how you feel.  I assume you have a smart phone.  I have everything set up on an calendar on my Android and I have alarms and reminders going off for absolutely everything.  I even have an alarm that goes off twice daily that says, “Take care of YOU.”  Sadly, I usually ignore that one.  I try to be vigilant about putting everything in that calendar as they come in and set two reminder alarms, but I still fail sometimes.  And more often than I would like, I need to be two or three places at once-it is what it is!  Could you have him repeat his belt performance for all of you and then do something special as a family or have some alone time with him afterward?

Last year I forgot my aspie’s field trip- I drove around like a moron trying to find where it was (I was supposed to take him there since it was only prek).  never found it….ugh.  we ALL have moments, that’s for sure, and with all of the stress and planning and changes, it would be impossible not to.  hugs

Appreciate you openness and candidness on this mistake.  I have done the same thing to all three of my children.  And to be honest every time is like the worst moment in my life.  The capability of the children to confirm their forgiveness for my accidental oversight is always overwhelming and heartening.  As a parent we should always know that sometimes our efforts will not measure up to our own expectations and desires to overly satisfy our children. Unfortunately that is so much easier to type then to actually do.
Father on and know that no matter what you remain an inspiration to the many fathers that read your blog daily.