#Autism and ignorance on the playground -

We return to the @ClevelandClinic this week

#Autism and ignorance on the playground

Today we took the boys to the playground. That’s not exactly groundbreaking news. However, what happened while we were there was unpleasant, to say the least.

When we arrived at our usual playground, there was already someone there with their kids. They were from out of town, Florida to be exact. The kids were all on the playground, which is around 100 yards from where you park your car.

The Dad was standing next to his car smoking a cigarette.

When we walked the boys to the playground, the problems immediately began. There were three kids on the playground when we arrived, all belonging to man with the cigarette.

It was like they were heat seeking missiles, all targeting Gavin. The oldest of the three kids said he was 12 years old but didn’t look it. He was the ring leader and the one that started it all. He began making fun of Gavin, calling him names and poking fun at the fact that he was different.

I should also say that we actually let Gavin play on the playground for the first time in a very long time. His cardiologist cleared him, at least as far as his heart rate is concerned. We still need to be very careful.

This kid was challenging Gavin to run this obstacle course on the playground because he knew that he could beat Gavin.

Lizze and I encouraged Gavin to do something else because we knew what this kid was doing. However, Gavin didn’t have a clue and if we made a scene, we’d have to explain to him what was going on. I for one, didn’t want to have to explain to Gavin what was happening.

We eventually got Gavin distracted but this kid just wouldn’t shut up.

Even though Gavin didn’t know what was going on, we did and I had to exercise a great deal of self-control in order not to say something and make this kid shut up.

What was even more disturbing is that their father was now passed out in the car, not paying any attention to what his little minions were doing.

Lizze and I let the boys have their fun before pulling the plug and moving on with our day. We didn’t want to let this kid ruin that for them. We kept Gavin away until we finally left.

This is exactly the kind of thing that I’m working to address. Unfortunately, between kids being kids and parents not caring, it’s an uphill battle. I just get so frustrated when we are face to face with this type of ignorance and cruelty. 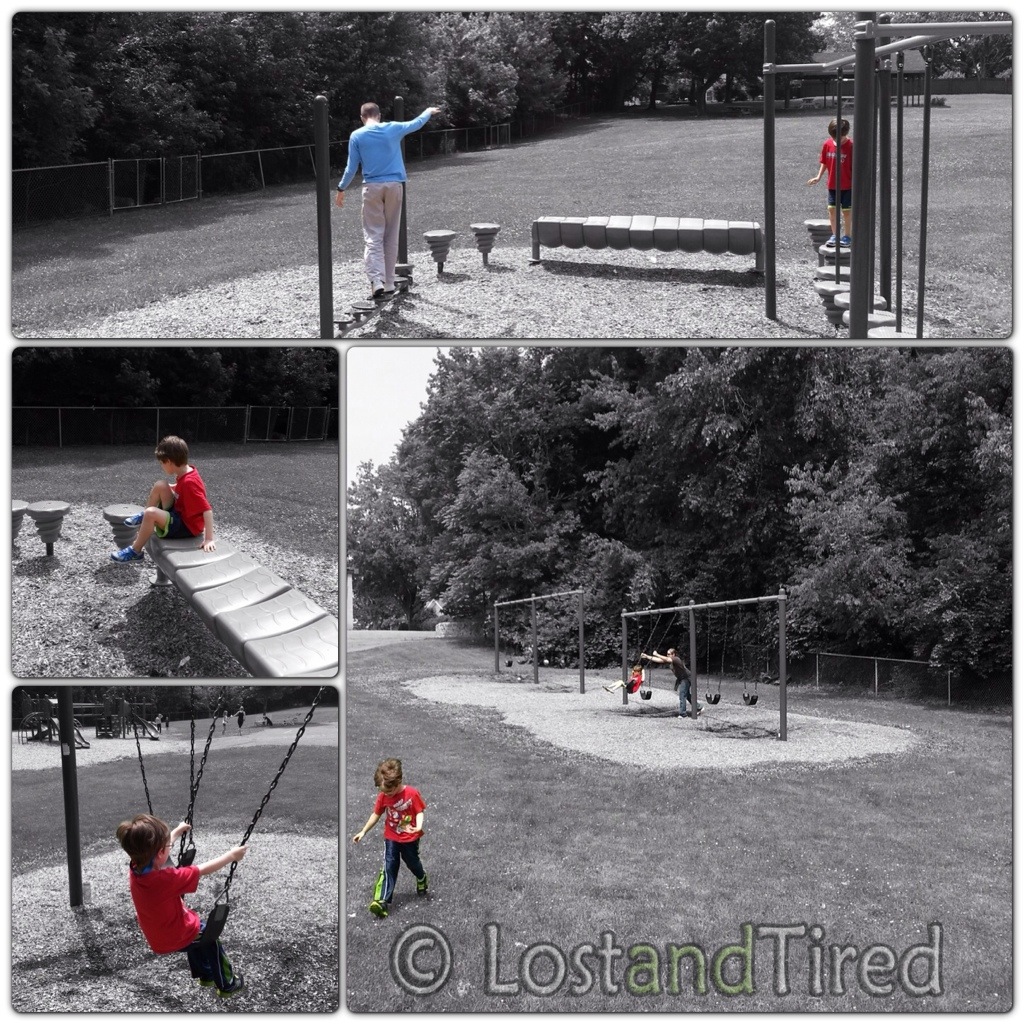 Mean kids like that do prey on the weak and the saw Gavin sadly.

I might have said something too (depending on how safe it felt, of course), maybe even to the father.  Parents may or may not know what their kids are really doing; the kids may not really know themselves what they are doing.  I know I would thank another parent who brought a behavioral problem in one of my children to my attention.  Some of the hardest work of the village is having socially difficult conversations with other parents.  That said, it might not have been a safe situation, so who knows.

So sorry your family was subjected to this kind of treatment. Makes you wonder why Special Needs parents are accused by some of “bad parenting” and which kids have the real “behavior problems”. Your kids are way better off than the ones who’s “dad” was asleep in the car! (waaay better off)

I would’ve said something, I have absolutely no qualms about telling a nasty little shit to pull their head in. If they’re unintentionally rude out of curiosity or ignorance, that’s different. If they’re purposefully being mean, all bets are off and I’ll give them a piece of my mind.

Other kids treated me like garbage when I was a kid. I also had a sarcastic and verbally abusive father (among many other things, he literally stole my girlfriend from me when I was fourteen) along with a neurotic, super-overprotective mother. It’s an absolute miracle that I made it to my adult years without killing myself, one of my parents, or a bunch of my classmates and also not getting involved in drugs and alcohol. I did, however, almost ended in either jail or a psych ward when I viciously attacked my father and my ex-girlfiend after I caught them fooling around together.  I see a lot of myself in Gavin–especially when I get frustrated and upset; that’s why I came down so hard on you about banning him from the Legos.

Dwayne Murphy you may be ale to see a lot of yourself in how Gavin behaves, however my guess would be that the ‘why’ is completely different. In just this comment, you’ve demonstrated that you have more insight into yourself and others than Gavin will ever likely develop. Gavin is almost one of a kind in terms of the multifaceted, complex nature of his personality and behaviour. When Rob and Lizze do something for a behavioural management reason, trust that they have weighed up every option and this is the best one for the safety of Gavin and the whole family. The love Gavin and have moved mountains to have him part of the family and to minimise the damage to his mental health, he isn’t being hard done by.

julh Dwayne Murphy I do scream, make threats, and punch and bang my head like Gavin does.

Dwayne Murphy julh like I said, you exhibit similar (or the same) behaviours but the difference is in your motivation behind those behaviours, how you feel about it, your insight into how it affects others and whether you care if it affects other people. The fact that you felt enough for your ex girlfriend to attack her and your dad is another thing that sets you apart from Gavin.

julh Dwayne Murphy I smashed my father over the head with a huge, antique lamp and I would’ve strangled my ex-girlfriend to death with my bare-hands if my mom hadn’t intervened. The crazy thing about this is that my mom got mad at me even though she knew what they were doing!

julh I was attacked on two fronts. I would get bullied at school for 180 days a year–and I got no respite at home because my father was a bully instead of a real dad.

Dwayne Murphy julh you’ve obviously had a rough time of it and it’s a testament to your own determination and character that you’ve made it this far. All I’m say is that you’re different from Gavin

julh Dwayne Murphy thank you.  All too often people make assumptions about our parenting because they erroneously think that they have experienced a child like Gavin. Thank you.