Life is better when sipped through a twisty straw

The silver lining to my son being psychotic

Life is better when sipped through a twisty straw


Emmett woke up really, really early this morning.  He was in lots of pain wanted to go downstairs and have a popsicle.

Exhausted, I dragged myself out of bed and downstairs to sit with my ailing Emmett John, as he ate a popsicle, in a bid to numb his mouth up.

Apparently, the popsicle was making his mouth burn and so we moved to his chocolate milk.

He insisted that Lizze had bought him a crazy straw but I knew nothing about that.  However, I was actually able to find one for him.  As soon as he saw the twisty straw, his demeanor improved.

He began sipping his chocolate milk through the twisty straw.

It’s barely 8am but I’ve already learned that life tastes better through a twisty straw. 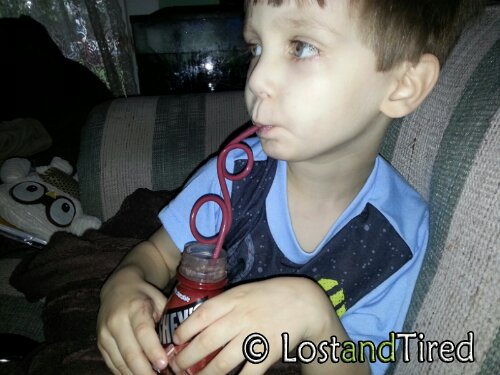 ‘Life tastes better through a twisty straw’ would make a great advertising slogan!

‘Life tastes better through a twisty straw’ would make a great advertising slogan!