My thoughts on Jenny McCarthy, #Autism and #Vaccines

Sick and tired on your Birthday

My thoughts on Jenny McCarthy, #Autism and #Vaccines


I want my readers to know how I feel about this whole Jenny McCarthy and The View debacle. First of all, I don’t watch The View and have no intention of changing that.

Here’s the problem, as I understand it.

Jenny McCarthy has been an outspoken opponent of vaccines for a very long time.  Her crusade began after her son showed what were consider signs of Autism, after his vaccinations. 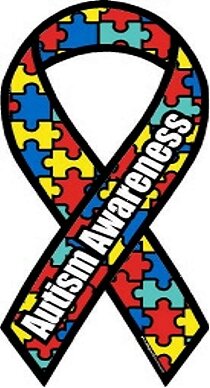 As it turns out, he didn’t have Autism but some other genetic disorder that she was able to address with the GFCF Diet.

Did vaccines have anything to do with this at all? I have no idea.

I think that she has the right to share her personal experience as well as her own opinion. However, where I have a problem is when she began telling people what to do. She’s a person of great influence and the general public can be easily influenced, especially by someone as beautiful and charismatic as she is.

When you are in a position like she is, there is a tremendous level of responsibility on your shoulders. This is where she faltered and in my opinion became very dangerous.

Instead of sharing her experience with others and saying something like, hey this is what worked for my son, talk to your doctor and see if it could help yours, she basically assumed that her understanding of what happened to her child, applied to everyone else.

Vaccines are bad and GFCF is good.  While I don’t have an issue with the GFCF Diet, I would never suggest to anyone that it was appropriate for their child, as I’m not a doctor.

Her claims about vaccines are not based on scientific fact, which is the world standard for proving something beyond a doubt. Instead, they are based on opinion, misinformation and fear.

In my opinion, this is extremely, extremely irresponsible and dangerous.

When anyone tells another person not to vaccinate they’re child, especially when you are not a doctor, should be considered highly suspect. Jenny McCarthy lives in a fantasy world, that exists outside of what is widely accepted and proven medical and scientific fact.

She absolutely has a right to her opinion. However, when you are presenting your opinion as fact and influencing others to follow in your footsteps, that crosses a line.

How many children have become sick or worse as a result of Jenny McCarthy’s propaganda? How many kids were diagnosed with Autism, even though they never received a vaccine?

These are all serious questions.

She had a responsibility to her fans and anyone that listened to her and she let them all down.

Here’s the thing and I do my very best to live by this as well.

When you are in a position of influence, you have to be very, very careful what you say.  Because of your influence, popularity or celebrity status (as is the case with Jenny McCarthy) people will take what you say very seriously.  They trust you and assume that what you are saying is true, even if that’s not the case.

Speaking for myself and Lost and Tired, I would never tell anyone what to do for their child.  I’ve shared my experience and opinions but they are based on my family.  What works for mine, may not work for yours.

I’m asked all the time by parents, if they should vaccinate their child.

My advice to them is simple.  I tell them that I can’t advise them on what to do for their child.  I explain that my kids are vaccinated and I personally believe in vaccines. However, they need to speak with their child’s doctor about what’s best for their child.  Any doctor worth a dime, would be more than happy to discuss the pros and cons of vaccines.  If they aren’t willing to discuss your concerns, perhaps you should consider looking for a new doctor.

Vaccine injury is very, very rare but it does happen.
People always point out to me that thousands of people are injured by vaccines, so they must be dangerous.

While each and every one of those injuries are heartbreaking and tragic, they are few and far between.  You have to remember that millions of people are vaccinated each year. If 10,000 people are injured, that a whopping 1%.

You have to keep these number in context.

When someone provides evidence that 10,000 people are injured by vaccines, people panic.  However, if those same people were provided with the full set of data, their reaction would likely be different.

This isn’t meant to belittle anyone’s experience, in regards to vaccine injury.  You just have to look at the whole picture.

When it comes to Jenny McCarthy cohosting The View, I’m concerned that it sorta legitimizes her views and opinions.  That could be very, very dangerous, for all of us.

However, I will say this.

Neither I, Jenny McCarthy or any other non-medical person, should have any influence over your decision to vaccinate or not vaccinate your children.  Only you and your child’s doctor can decide what’s right for your child.  Educate yourself before making any decisions one way or the other.

In closing, I want to say that while I believe in vaccines, there are always risks.  There is no way to know how anyone’s child will react because we are all genetically different. I believe in safely vaccinating.  If you are concerned, talk to your doctor.

I also want to add that my heart goes out to all those that have been injured by a vaccine.  I believe you and I can’t imagine what you have been through. I believe that we need a better screening process, so that we can avoid as many of these vaccines related tragedies as possible.

I guess it was just the one question about her son and the proof he did not have autism.

I hate to be contrary but, I have a couple of questions for clarification.
First, I saw an old article claiming that her son did not have aitism but, some other disorder. Ad far as I could tell, it did not come from anyone who examined him, it was just speculation by a person who thinks that because autism is not curable, that it couldn’t have been that. Is there proof somewhere from a doctor who examined him that he never had autism.
Second, I have never heard her say that she is anti vaccine. She does believe they cause damage because of some of the toxins in them and that those toxins should be removed. She doesnt believe they damage all kids but that we shouldn’t just give so many so early and that we should be checking to see which kids might be damaged prior to administering them. She wants the vaccines to be safer. I get pretty annoyed when people paint her as anti vaccine because it isnt true and makes it easy to dismiss her. There is actually a video of her in interviews that cuts from one to the next in which she states that she is not anti vaccine. There is a simple genetic test that could eliminate some kids and johns Hopkins is working on a study that does do a blood test to see how the body of children with autism react to vaccines.
3- she doesnt think everyone should be GFCF. She does think that everyone should try it on their kids who have autism to see if it helps them. It doesn’t help the, all but does help some.