Sometimes #SpecialNeeds parenting can break me -

I think today will be better

Sometimes #SpecialNeeds parenting can break me


I’m really struggling with Gavin lately. He’s a great kid, and while there’s some debate over his motives, I personally don’t feel like he’s doing anything on purpose.

Yes, he’s making choices that drive me fucking crazy, but I don’t think he’s trying to do so.

Frankly, Lizze and I agree that there is an element of choice involved in at least some of the things he does, we just don’t really know for sure where that line is.

I’m supposed to call the Cleveland Clinic later this week and find out the results of his neuropsych testing from a few weeks ago. That’s going to provide more insight into how his brain is operating and more importantly, at what level he’s functioning on. 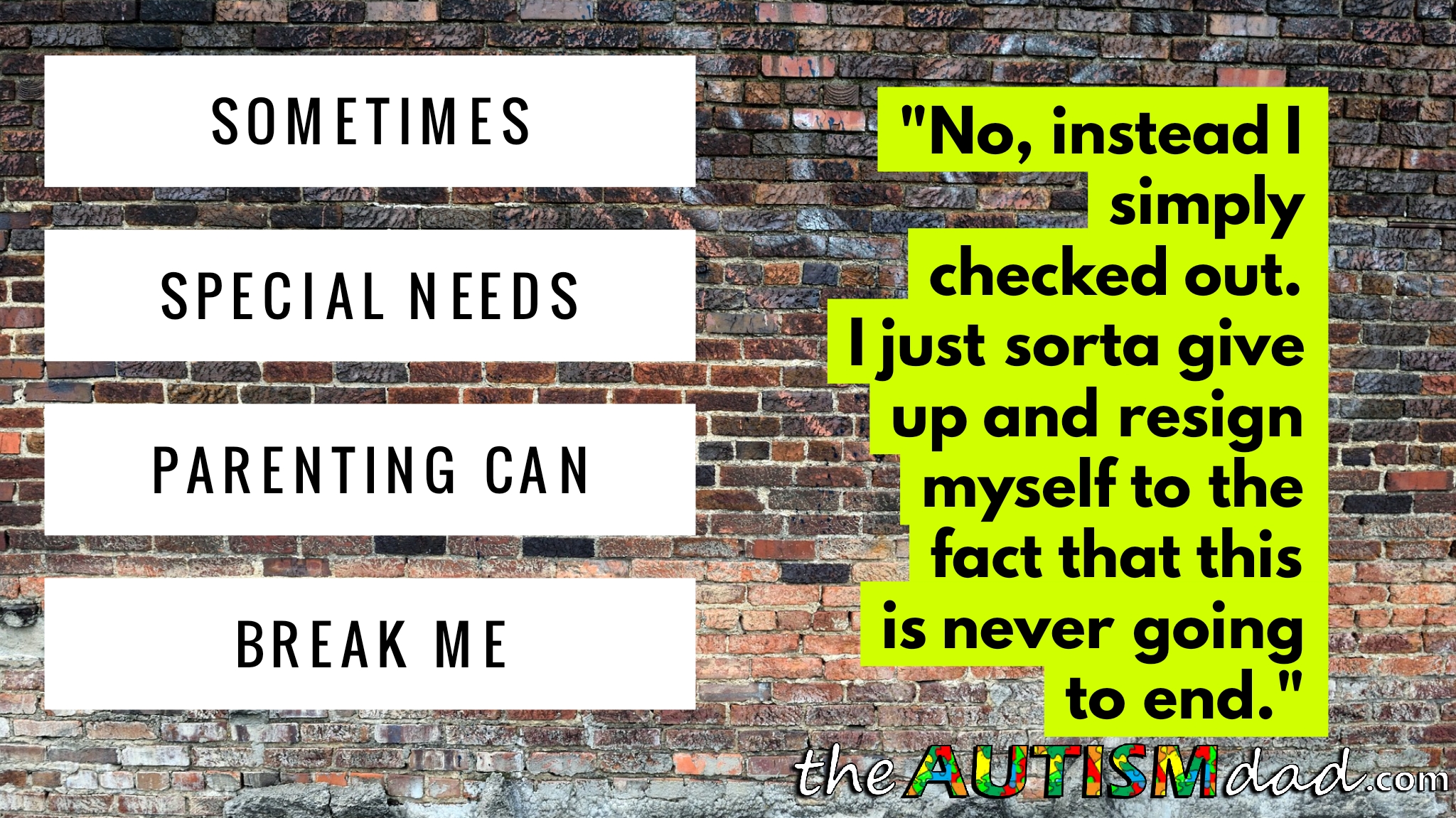 Lizze, Dr. Pattie and I all agree that he’s continued to regress in the years since his last neuropsych battery. It’s unclear how far that regression has progressed.

He’s struggling in most areas of his life, but it’s not always consistent. Sometimes he surprises us with his ability to problem solve, and other times, he can’t figure out how to open the front door.