Walked out of the doctors office today after waiting 2 hours

Operation Hope: Meet Gavin and learn about his challenges

We haven’t really had any serious behavioral issues with Gavin lately.  He’s been doing really well making better choices and we have been letting him know that.

The problems we have been having seem to be a result of continued neurological degradation.

Gavin’s  been having a lot of pain today and we aren’t really sure what’s going on.  It almost sounds like reflux but reflux hasn’t been an issue for a very long time.  It’s frustrating because God live him, he isn’t capable of giving us accurate, reliable information about anything really. This is especially true when it comes to his health.

Tonight, we gave him a small glass of milk to try and figure out if it was reflux related. 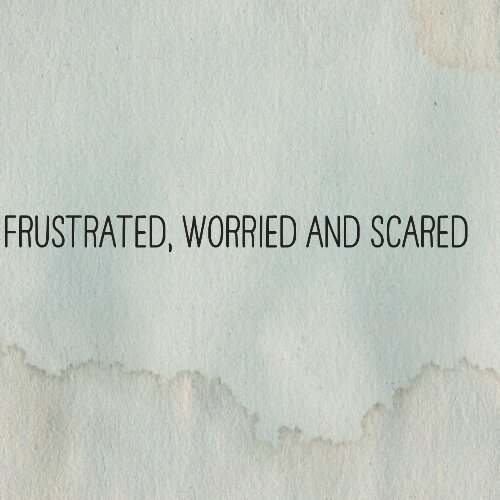 We were very, very clear with him and we said sip slowly. What does he do? He gulps half the glass down.  Once again, we said Gavin,  sip this slowly DO NOT gulp this down.

What does he do again? He gulps the rest of it down.

I don’t know whether to be frustrated, worried or some combination of both.

Is he even capable of following directions anymore or is he messing with us (think RAD type situation)? I honestly don’t know anymore.  Gavin’s always been extremely intelligent. In fact, we used to say he was scary smart.

That’s no longer the case. There quite clearly is something going on and it seems to be sapping away his cognitive abilities, as well as his physical abilities.

I swear to God that Gavin has the short term memory of a goldfish anymore.  Every time a goldfish swims to the other side of the tank, it’s experiencing it for the first time because it doesn’t remember. When we told Gavin to sip the milk, did he forget already…both times?

This is frustrating regardless because I’m so tired of repeating myself, over and over again.

At the same time I’m worried because if this isn’t him just messing with us or being difficult, we’ve got big problems. At this point, my gut says that this isn’t a RAD thing.  I believe that this is the worst case scenario and that scares the hell out of me.

The worst case scenario is that what’s happening to him is what we’ve been told may happen.  He is regressing and is losing abilities that he very likely won’t be able to relearn.

This goes beyond regression because loss of neurological ability and motor function is a physical symptom of whatever he has going on that we have yet to be able to identify.

Two thoughts, Rob. One thing that often worked for my boys when nothing else did was to take one finger and ask them to point at what hurt. You really can’t globalize with one finger; it forced them to focus on a very particular point of the body. Once I had the finger point, then I could direct my questions to different things that could be happening there. The second is that both my sons – the one with ASD and the one with non-ASD issues – looked worse just before and during puberty. But they are both young adults now and doing much better than they did 10 years ago. So whatever you are observing, it may be a stage. That doesn’t necessarily mean that the regression you believe you are seeing will stay that way forever. Hold on to that hope.

The stuff about goldfish having no memory isn’t actually true. Their memory lasts longer than that. There’s even a mini soccer ball and net you can buy, with instructions on training a goldfish to push the ball into the net. They will remember this trick for like two weeks before you have to teach them again.

I only mention this in the chance that it will give you some peace:  he’s on some pretty heavy duty medications that (typically) have some pretty serious memory loss and attention loss side effects.   Some of it could just be the medications (maybe that makes it easier to accept?).   You could track his cognitive abilities by repeating the same type of test once a month or so – it might relieve your mind or it might be evidence of something you’d want his neurologist or psychiatrist to think more about.  A really simple “repeat these three words back to me in 5 minutes” kind of test might be enough.