Operation Hope: As hope is running out we turn to John’s Hopkins

Thank you @AkronChildrens and everyone else

Operation Hope: As hope is running out we turn to John’s Hopkins


I promised that I would share how Gavin’s doing and what our next move is going to be.

Explaining how Gavin’s doing isn’t a simple task because we don’t really know how he’s doing. I know that probably sounds really weird but that’s the truth. I suppose I could say that he says he’s okay, for whatever that’s worth.

The reality is that Gavin’s off. We know that something isn’t right but there isn’t anything that we can do at this junction. He’s as stable as he’s going to be.

His heart rate has been dropping lower than his current baseline, established over the past year. In fact, after we got home, he looked really pale and I had him check his heart rate and it was in the low 70’s. That’s a huge drop and while for most people that would be considered normal, Gavin isn’t most people.

This is concerning but again, his heart is working fine. It’s his brain that’s got the problem.

The order from the Cleveland Clinic and Akron Children’s Hospital is to get him to John’s Hopkins ASAP.

Hopefully this will be something I can begin to plan next week.  Dr. Moodley at the Cleveland Clinic had all Gavin’s records sent to John’s Hopkins yesterday via fax.  I will call my contact at the John’s Hopkins Ataxia Telangiectasia Clinic and make sure they received the records on Monday.

After they have a chance to review them, we will know whether he needs to seen at the AT Clinic or outside of it.

This is a really big step and one that’s going to require a great deal of planning and a whole lot of luck.  We have to decide how to make the trip.  It’s roughly a 6 hour drive but Gavin doesn’t do well in the car anymore.  If we were to fly out there, we risk him crashing on the flight  and that would be really bad.   At least if we’re driving we can pull over until he stabilizes. We can’t exactly stop the plane in mid-flight. 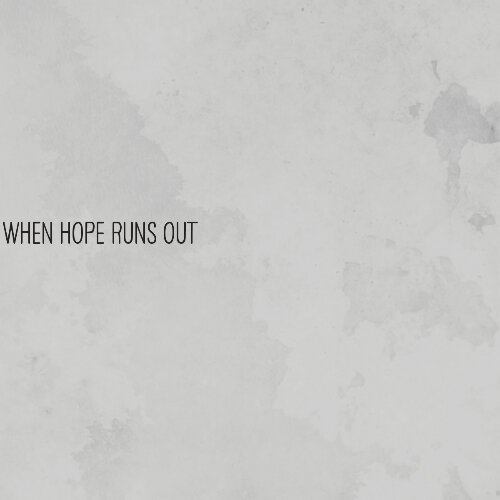 Financing the trip is an obvious concern, as is coordinating scheduling so that we can get this all done in as few trips as possible.
I’m really stressing out over this because our journey has almost run its course and we still can’t help him.

Lizze said something really amazing yesterday and it really helps to put things into perspective.

After a little while, Akron Children’s Hospital sends you to the Cleveland Clinic because they’ve done all they can do to help. When you arrive at the Cleveland Clinic, you learn how incredibly rare your child’s condition is and that treatment is very, very limited, as is the information on the condition itself.

Once again, you reach a point where you have taxed the resources available and find yourself sent to yet another hospital.  This time it’s John’s Hopkins and they may or may not be able to help.

These aren’t just local hospitals.  These are among the absolute best in the United States, if not the very best.

How is one supposed to have hope when you’ve reached the top of the ladder and there’s nowhere else to go? That’s where we are right now. We’re very quickly approaching the top of the medical ladder and have yet to find the answers we’ve been looking for.

We know that something’s wrong and that something, is very serious but we don’t know it’s name and whether or not it can be treated, cured or even slowed down..

Worst of all, we don’t know how much time this something will allow us to have with our son.

Contact Angel Flight. http://www.angelflight.com/ They specialize in using private or corporate planes to fly patients who need medical services…and they do it as a charity, for free. Your type of situation is their specialty. Good luck.

I sent you a PM. Hopefully it went through.

I will be praying for your son, your family & for guidance for the doctors as well. God Bless.

I will keep you all in my prayers. I actually work at Hopkins, I’ve been following your blog a few months now and have a son with tuberous sclerosis and autism. I hope you find help for Gavin here! Please keep us updated and if you need/want to talk or vent while you are here let me know!

Rob, it’s not in the best part of the city, but they do have an RMcD House there.

Hope they can figure this out….

Seriously, call Johns Hopkins and ask to speak to a Patient Liaison.  Tell that person about your financial situation and I have NO DOUBT that they have some accommodations put in place for families like yours. At Boston Children’s Hospital, they even have a program where families can volunteer to take in out-of-town families seeking medical care, at no cost to you.  Is it ideal?  No.  But Johns Hopkins may have deals with local hotels to provide residence at little or no cost for low-income, out-of-town families.  YOU NEVER KNOW UNLESS YOU ASK!  I know the Ronald McDonald House is an organization set up to provide this kind of assistance.  Look into that and see what they have to offer.  There are options out there that could drastically reduce the cost your family has to pay to provide Gavin with the care he needs at Johns Hopkins.  Best wishes!!!

Lost_and_Tired my daughter is dealing w v similar prob. Except docs just shrug and say we don’t know what it is and watch her get worse

autumnjibben KyahJ Thank you both.  I really appreciate it and if we go down this road and need to fly, I will look into both. 🙂

contact “miracle flights” or angelmedflights both. com they do emergency and non emergency medical flights for kids. .. maybe the flight would be quicker and actually less of a problem because they are equipt for such things. …

Rob, I can’t imagine how you & Lizze are feeling & dealing regarding Gavin’s medical issues. You have so much to deal with d it’s got to be so hard not knowing what’s wrong. My parents went through similar things with me in my teens, but not as life threatening. All I I can do is keep praying for all of you. I hope you find answers soon. You’ll all be in my thoughts as you search for those answers.

cwolfpack3 Thanks.  Unfortunately, they’ve ruled that all out already, at least I believe they have.  I’m going to bring this up to make sure but I know testosterone isn’t an issue.  Thanks for sharing.

I hope you’ll get in at Kennedy Krieger Institute and see Dr. Richard Kelley. I think he could help you get to the bottom of this. Also, have they done any testing for endocrine issues? My son used to crash like this and we thought it was just autonomic dysfunction, but later found out that his hypothalamus wasn’t signaling his body to make testosterone around the age that puberty should have started. He was in endocrine crisis with a testosterone level of almost zero. Once we got that properly treated, the episodes of low temps, low heart rate, low blood pressure, paleness, etc, simply stopped. Never had them again.

A couple of things. One you are doing the absolute best for you kids. Take a moment and acknowledge that fact.
Second, call Tuesday. Monday is a holiday and a lot of doctors offices will be closed. All our specialists’ offices are closed.
Third, don’t be afraid to ask for help. We applied some time ago with the United Healthcare Foundation when we had a huge eating problem that required daily OT that wasn’t covered under the “autism” diagnosis. Here is there link:
Also, I know you aren’t the biggest fan but there are more grants out there. The best list is off this site: http://www.autismspeaks.org/family-services/resource-guide Some even offer emergency/ immediate need aid.
It takes a lot. Don’t be afraid to ask for help when you need it. I will continue to pray for your family.