Could today get any worse? Wait.. I take that back, our water was just shut off

Today is going to be exceptionally challenging

I wanted to take a few minutes and say thank you to everyone for all the love and support you have shown my family today.  It’s been one of the worst days in Lost and Tired family, recent history.

Gavin had a life threatening Autonomic Crisis this morning while trying to get his IVIG Infusion.

We were at Akron Children’s Hospital all day.  We got there around 8:30am and finally got home around 5pm….. It was such a long day, full of anxiety, fear, stress and pure emotional drain.

With everything that Gavin experienced today, I was a walking anxiety attack.  I was sick to my stomach, I had chest pain and it hurt to breath.  I was sitting in the room with Gavin and I was shaking uncontrollably.  I remember thinking that I had to do everything I could to keep Gavin from seeing me upset. 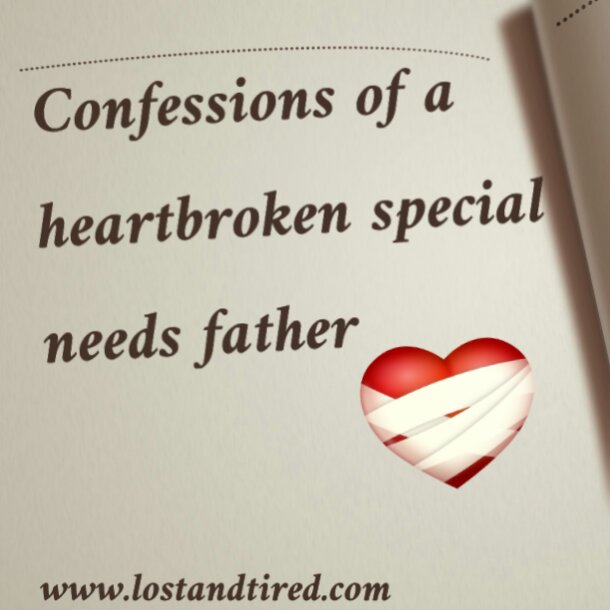 If there was ever a time that Gavin’s cognitive issues were a positive thing, it was today.  I think he was clueless as to my state of mind and that was a sort of silver lining.

His IVIG Infusion went well, once he was finally stable enough to receive it.

Our Immunologist came in to see Gavin and we had a long discussion about the future of Gavin’s IVIG Infusions.  The reality is that Gavin is crashing after the trip to the infusion lab, more and more often.  Sometimes he stabilizes quickly, other times he needs to be transferred to the ER and on occasion he’s actually admitted.

I’m not sure it’s understood just how serious these Autonomic Crises are.  Every single time this happens, it could be fatal.

We never know if he will pull out of a crisis, once it starts.  We never know what will trigger the next crisis either.  There are things we can do to minimize the risk but it’s still a crap shoot.

One of the things that consistently causes these Autonomic Crises to occur are car trips, including the trips to Akron Children’s Hospital for his monthly IVIG Infusion.

We have decided that the risk is just too great anymore and so we have begun preparations to do the IVIG Infusions at home.  His doctor says it’s actually better for Gavin because he doesn’t have to travel and also the dose is spread out over 4 weeks.  This means that is far less stressful on his body and it will reduce the side effects of the infusions.

The downside is that he’s going to miss a lot more school as a result of having to be infused every week.

He will likely miss a day a week of school, unless we can do these on the weekend but it’s a timing issue, so I’m not sure.  At this point, we have to prioritize his health, even if it’s over top of his education.

The other major concern is his weight loss.  He’s down to under 110 lbs and he’s eating more than enough for someone his age.  Something that we haven’t taken into account before, is the fact that because his heart rate is elevated as a result of the Autonomic Dysfunction, his metabolism could be so high that his caloric intake may need to be significantly increased, in order for him to even maintain his body weight.

Gavin’s favorite thing to eat right now is two peanut butter and jelly sandwiches, a bowel of Ramon Noodles, a banana and an orange.  That’s a pretty good size lunch.  Dinner is very similar as well, so he should be eating enough.

We are concerned that this may also be a new symptom of whatever is going on with him.

Gavin’s Immunologist is running a ton of tests to try and figure out what’s going on.  We also have an appointment with his pediatrician next week.  I spoke with the Cleveland Clinic as well and brought them up to speed.  They will be calling me back next week as well.

I guess that about sums it up.  At least as far as what we went through with Gavin today.

He made it home and is sleeping peacefully in his own bed tonight.  That’s something I’m incredibly grateful for.  Sometimes that all you can focus on.

I do realize how a crisis is potentially fatal every time and i feel so bad for you. those feelings of anxiety that you described, i have felt so many times it throws me back. I didnt do a good job at being able to control my feelings outwardly and my NT kids had the joy of experiencing how terrified I was. I am glad that years down the road (I am so better now, but back in the day I “knew” i was ruining both my sick kid and not sick kid because I couldnt seem to control my emotions. good news I dont think the are ruined. the non sick, older one, remembers i cried a lot and the younger sick one was/is so grateful that i was fighting for him that he didn’t care what it looked like to anybody else and actually as young as he was understood I was acting so crazy because i was trying to save his life and make sure no one accidently killed him at the hospital for real. They both say I am the good kind of “crazy”, whatever that means it is a compliment. Your kids know and will know that you are going to do everything possible. not that i know anything but I think even Gavin knows this too. I am so grateful (like you were saying about Gavins cognitive abilities being off was helpful that he may not have felt and seen how bad off you were) that my NT kids have seemed to fogotten a whole lot of the bad part so that is good. It is great they they would do those infusions at home. everytime a good change like that happended to us i always couldnt feel good about it cause i was so mad they didnt think of it sooner. i hope you can be differnet from me and just feel good about it. About school, i think it is worth it to miss a day than travel for sure. it will be less stress on everyone.

So sorry. You’re definitely on the right path though. Gavin’s health is far more important that his education. Maybe with a little planning he could do some of his lessons at home. Either way, praying for you and hoping things go well.

try adding in duocal into the peanut butter.  it shouldn’t affect the texture as long as you’re careful, state insurance will cover it, and the hospital should be able to give you a sample.

I really hope the infusions at home have a stabilizing impact on Gavin’s autonomic issues.