The boy who cried "collapse" -

Please say a prayer for Gavin

My meeting with Gavin’s teacher was No Bueno

The boy who cried “collapse”

Lizze just brought Gavin home and headed back to her appointment.  She’s pretty fired up right now and so am I.

While at the school, Lizze was talking to Gavin about what happened.  Apparently there are a few discrepancies in Gavin’s version of what has been happening.

Gavin told Lizze that he went to go fill his sippy with water and he collapsed on the floor.  He said his legs gave out and he was on the floor. 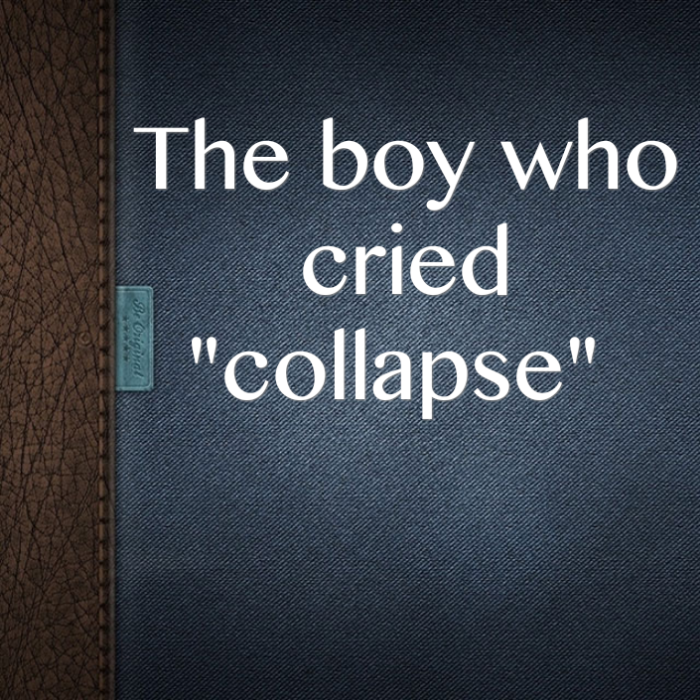 Gavin’s teacher was like no oooooooohhhhh. She said that Gavin told her that he felt like he was going to collapse. She explained that if he has said otherwise, they would have taken more appropriate actions.

Another teacher explained that he’s done the very same thing to her.

Apparently, the other day, Gavin had fallen behind as the kids were going back to their classrooms after breakfast.  The teacher peeked around the corner to make sure Gavin was okay.  She saw him lean up against the wall.

Everyone at the school is greatly concerned about Gavin’s well-being.  However, it appears that we all may be getting played here.

One of his teachers told Lizze that she’s also seeing him be less cooperative in the classroom as well.

At this point, I don’t even know what else to say.

This is literally an impossible situation because we know for absolutely certainty that Gavin has very, very serious health problems. His health is considered to be fragile.

Am I a heartless asshole because I am suggesting that Gavin is playing us all? Not at all and here’s why.

Gavin has a very long and sorted history of being extremely manipulative, lying to us, lying to his teachers and trying to pit us and the school against each other.  He does this at home and has been caught many times trying to set Elliott and Emmett up to fight.  Lizze and I have been victims of this behavior as well, before we caught on.

Gavin is a Reactive Attachment kid as well and that’s the driving force behind all of this crap.

The other likely possibility is that Gavin simply has a different understanding of what collapse means. That said, when asked to explain what it meant, he explained that it meant he falls to his knees because he can’t hold himself up.

Maybe he’s just panicking in the moment and because of all he’s been through with his health, he’s overwhelmed by the situation and relays what happened as best he can?

The real struggle here is that each one of these are quite possible and if all we have to go on is Gavin’s word or discription of the events, we’re going nowhere fast.

I sent Gavin straight to bed, just in case he’s actually having problems.  Lizze and I will speak when she gets home and we’ll figure out what to do.

Is Gavin seriously getting worse of is he the boy that cried collapse?

you are not an ass. that is good news. he either needs a one on one aid or a video camera on him at school. you are the tech guy, get him a button camera or something. I am sorry but if my kid is sick, fragile and has mental issues, then i will be damned if i let any teacher go against what he says without proof. I am sorry if that sounds harsh, i dont have anything against teachers really (except the part about “oohh I am in charge of a bunch of 14 year olds” or whatever). I posted about the video earlier today. After reading this I think you (and rightly so, but i could be off base) are upset that you have a situation that Gavin may be lying about his health and that he has pulled another one on you, again, and if makes you feel like a fool. What it makes you feel like is a parent that is lost and tired. Again, he is your kid and all respect to you but put a camera on that kid and see for yourself if he is telling the truth it doesnt matter if 10 teachers are saying it. And for the teacher that said “she sees him being less cooperative in the classroom as well”, she needs to use her professional training not only to fix that problem but communicate it. I sure hope she had some specific dates, times ad actions of being less cooperative recorded (written down) so they could be discussed instead of a blanket “he is being less cooperative”. Reading this does seem like I have a problem with teachers lol. but i don’t. I just realize they are people to with feelings, home problems, bills, probably regular get on your nerves unruly children and God only knows what her husband is doing saying etc. I only wish the best for Gavin and your family. He really is handsome and reminds me of my kids and also ausistic nephew.

dobby1986  thanks for not thinking I’m an ass. I think you’re right. With Gavin, the line is so blurred. In many ways, him faking or even appearing to fake medical symptoms is my worst fear because when he tells me somethings wrong, I want to swoop him up and make it better. Discovering that he’s faking this sometimes makes me fear for his life because this is so serious.

We have to take everything seriously and unfortunately, he seems to have discovered how to take advantage of that.

Thanks so much for your thoughts…..

A medical doctor, after an examination, might give you some peace of mind re his current state of health??

I so feel you on this. It just isn’t easy being the parent. I hope you get some conclusive answers!

I thought about if this could be possibility when you posted about the school calling. Working with the kids I have worked with it is a very real possibility. I don’t think you are an ass for thinking he might be crying wolf. Its a very fine line and with kids like gavin that line is very wobbily and is easily blurred. I think with this situation only time will yell you the answers you seek frustrating as that is.