Excuse me, I need to go bang my head into the wall now -

My Heartache: My son shares his hallucinations with all of us

Excuse me, I need to go bang my head into the wall now

Yeah…. I’ve had better says… Sure, they’ve also been worse but sometimes I just can’t seem to weather the storm as well as I would like to.  This is one of those times.

I just got home from picking Elliott and Gavin up from school. Emmett stayed home today and so he obviously didn’t need to be picked up.

The moment Gavin walked in the door, he was on a mission. 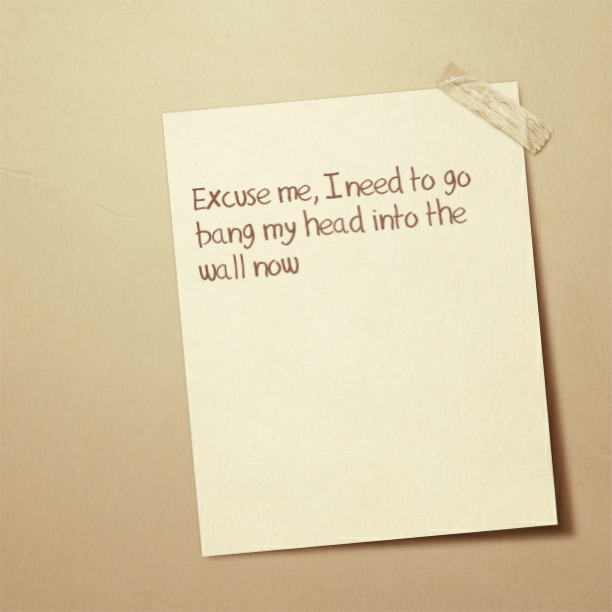 Unfortunately, this mission was the result of him being contacted by Twilight Princess of My Little Pony.  I’m a bit blurry on the details but it has something to do with one of the other ponies making some invention that backfired and turned everyone into little babies.

Gavin has to somehow figure out how to reverse the effects of this invention and restore everyone to their proper age.

He’s quite focused on this problem and apparently it  Egan early this morning while he was going to the bathroom.  He says that his friends like to contact him when he’s in the bathroom BUT they don’t look at his privates…  O_o

Thank God for that right? Excuse me, I’m need to go bang my head into the wall now…….

::hugs:: Well, no pedophiles at least…