Confessions of an #Autism Dad: I don’t think I could be anymore worried than I am right now

Gavin fell down the steps


My parents were watching the kids while I had Lizze at the psychiatrist this afternoon.  They actually had to pick them up from school and so I didn’t get a chance to ask about their day until we were in our way home.

Elliott and Emmett had a great day, as usual.

When I asked Gavin about his day, he said it was great.  I always follow up with what happened today because I never get the full story the first time around. 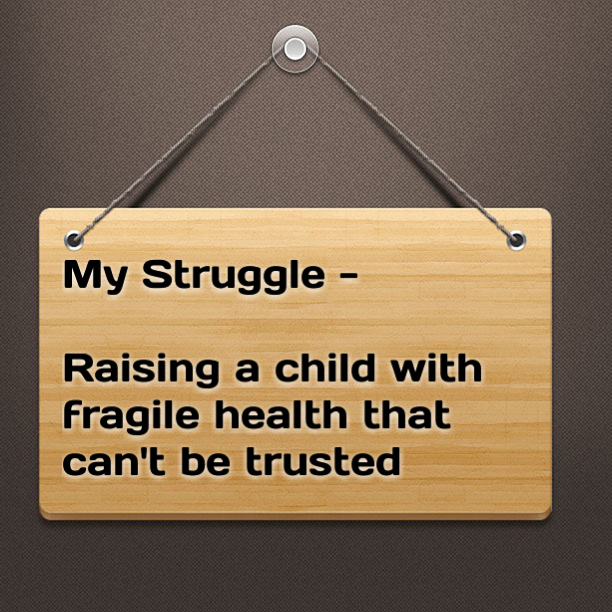 He said he got a little frustrated but that was it.  Next thing I know, Elliott blurts out that Gavin fell down the steps at school today.

Apparently, it didn’t register with Gavin as something important that we should know.  I want to just beat my head into wall sometimes because I just don’t get it………

My first thought was here we go again with more bullshit fake accidents. This time however, it sounds like it actually happened.  In fact, he had to be helped up by two of his classmates because he was unable to get himself up off the floor.

I’m going to be talking to the school in the morning to find out what actually happened.

Gavin said that he fell down at least the last two steps and twisted his ankle.  He doesn’t know how or why he fell but that he just did.

Until I find out for sure this happened, I’m just going to act as though it didn’t.  I realize that makes me sound like an asshole but you have to understand that Gavin is a sociopath and a compulsive liar.  This wouldn’t be the first, second, third, forth or even fifth time he’s lied to us about this type of thing.

Every time this happens, I panic and stress out about whether or not his health issues are getting worse and so far, these have all turned out to be faked occurrences.

While it goes against my nature, I’m going to try my best to verify his story before I get really stressed out about something that may or may not have even happened.

If this did happen and it was witnessed, I want to know why I wasn’t called.

Gavin’s not hurt, so if this did actually happen, I’m grateful for that.

To be completely honest, I don’t know which would be worse, finding out that he’s once again lied to us or that he actually did fall down the steps…….

it could have happened and the classmates helped him up and the teacher never knew for the school to tell you. good idea not to get upset before you find out something. he could have felt like he twisted his ankle and it felt better later. he could have fell down the last two steps with it being a mistep and not a “fall”. if you were to mistep and fall down two stairs you might not say “i fell down the stairs” you may not say something at all. Elliot brought it up about Gavin. Good for him to watch out for his brother since he thought this is something you should no. Good job Elliott watching out for brother. Gavin might not have brought it up because it was two steps and may not have considered it a fall until elliott said it was. once elliot said it was a fall he had to go with the fall senario. I dont know. I know you know that Gavin lies and i believe that, i am not trying to be “gavin’s advocate” my any means. i just wanted to throw a few senarios out there that might help you try to keep on the positive where you can.

Gavin has always been a bit backwards in his perception of things. For example….

If he gets a paper cut or a hang nail, he’ll freak out. However, he can beat the crap out of himself and cause actual injuries but never say anything. Go figure…

i have seen him on video hitting himself (which killed me by the way). he was hitting hard. you have to admit hangnail and papercuts are a bitch! but i also know if i was hit or hitting my self like he was that it would hurt worse for longer. i think the papercuts and hangnails are not only painful but are infuriating because it keeps hurting for nothing. try and have a great day. Seriously, i am on the internet right now looking for wearable video cameras. i am sure i was traumatized somehow when i was a kid that i wasnt believed and the teacher or adult was believed and probably part of my ptsd is that when i think about that feeling it is not good (so I think of something else)

That’s an interesting take. To our knowledge, this is a bit sensory and a bit control. Hurting himself is a choice. Typically a paper cut is not. That’s why he gets upset. The other thing is that pain perception is often sorta backwards in kids on the spectrum. 🙂

If it did actually happen shouldn’t the school have had you come check him out or pick him up or at least called and let you know that it happened.

You would think… However he wasn’t injured so it became a non-issue for them I guess.

Of course, that is if the classmates actually told his teacher that he fell. If he wasn’t hurt, maybe the school just wasn’t as concerned. I hope you figure out the situation and find out the real story.

He sorta slipped downtown steps but never got hurt…