This was the highlight of my day :-)

#Autism and Academic Achievement – I’m so proud of Elliott


Alright… I’ve had a really long day but I wanted to explain what happened at today’s trip to the Cleveland Clinic’s Pediatric Neurology Department.

Gavin did really well on the ride up, especially considering the traffic.

We didn’t have any behavioral issues either and that’s always a check in the positive box.

I mentioned in a previous post that we were actually early and because the office was running behind, we waited about 45 minutes to be seen.  It’s wasn’t a big deal because it’s the Cleveland Clinic.  I wait longer in our regular doctors office, so I can handle waiting 45 minutes of one of the best hospitals in the world.

When Dr. Moodley came out to get us, he noticed how thin Gavin is and took note of it.

He asked us what was going on and we had to explain about what Gavin claims to have been experiencing.  We also explained that he’s been caught fabricating these symptoms.  To be frank, he’s lying about most, if not all of them.

Dr. Moodley explained how dangerous that is but I’m quite sure his words fell on deaf ears.

He wanted us to focus on the things we feel are legitimate concerns or things that he would be hard pressed to fake.

Unfortunately, there are quite a few very real concerns that we listed off.

One of the issues that we’ve been worried about may be total bullshit.  Remember how Gavin lost the ability to move his tongue in the upwards direction? Basically, he can no longer link his top lip because his tongue wouldn’t move up.

Dr. Moodley asked Gavin to tough his tongue to the roof of his mouth.  I assumed that he wouldn’t be able to do that.. Turns out I was wrong.

Gavin was able to touch the roof of his mouth without any problems.  That means that he’s neurologically intact.  Dr. Moodley says that he should be able to touch his top lip with his tongue and isn’t quite sure if this is Gavin choosing not to do it or something else.

He’s very concerned about the significant regression in his speech and this isn’t something that he can fake.

Dr. Moodley hasn’t seen Gavin in a few months and he’s had a significant loss in his ability to speak since then.  It was very obvious to Dr. Moodley that this was a real problem.

There is also concern about the loss in muscle mass and tone as well.

Lizze and I spoke about how he’s doing academically at school.  We explained how he’s not doing well and we aren’t sure whether or not he’s able to perform academically or if he’s just blowing off the work.

With all this being said, here’s where we stand.

Dr. Moodley said that Gavin is basically tying our hands by making things up and lying about symptoms.

He went over all the tests that have been done to date and we have literally exhausted every possible direction we can go in.  However, because Gavin’s lost so much speech ability in a short amount of time, Gavin is scheduled for an MRI on June 20th, to make sure we aren’t dealing with a tumor or structural issue that may be causing this.

About 10 days after that on July 1st, Gavin will return to the Cleveland Clinic once again to undergo 6+ hours of neuro psych testing.

This will help us establish a baseline and also tell us what his actual intellectual abilities are vs what’s bullshit behavioral problems.  This will establish his IQ and where he is developmentally. 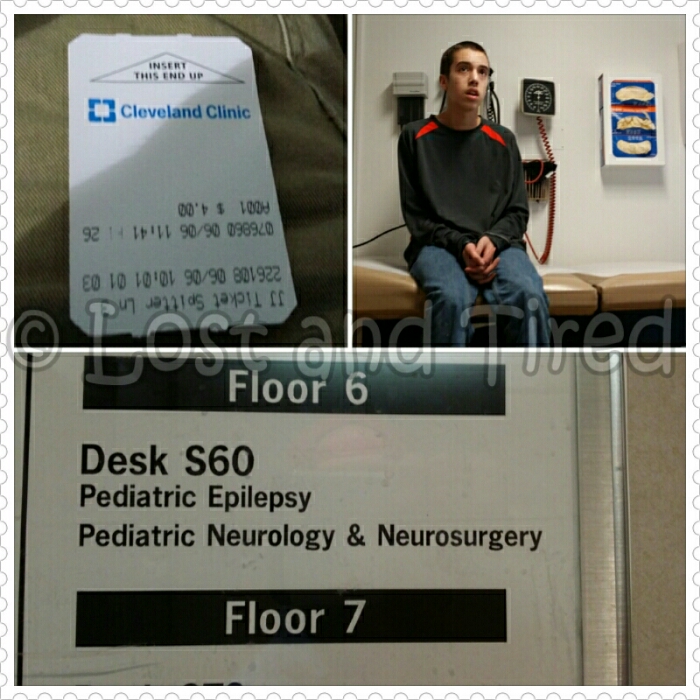 I can’t stress enough how important this test is to identifying Gavin’s actual abilities and preserving out sanity as his parents.  It should provide a wealth a information that just don’t currently have.

We also have to get him back to the Cole Eye Center at the Cleveland Clinic as well.  That appointment is yet to be scheduled.

Unfortunately, we are at the end of the road as far as trying to figure out what’s wrong with him.  When I asked Dr. Moodley what we do in the event that we can never uncover what’s behind his health issues, he simply said all we can do is treat the symptoms and provide supportive care.

That about sums everything up.

Oh… When I asked Dr.Moodley if he would sign off on Gavin being medically stable enough to go into residential treatment, he said no. That’s something g we can revisit after the battery of testing in the next 3 weeks.

I hope that they are able to give Gavin the help that he needs. At least they are looking into some of his issues and are addressing some of your concerns. I continually keep your family in my thoughts and prayers.

i hate that he has to get all these test but so glad he is. i hope you get some answers and help on what to do next. what are you suposed to do about residential care since the dr wont sign off?