(WARNING NOT FOR KIDS) Is this where the adults that abuse and mistreat kids with #Autism come from?

Has your child with #Autism been mistreated or abused while at school?


I’m so angry, frustrated and overwhelmed right now, I doubt I’ll be sleeping for awhile.

I’ve had a very challenging day with Gavin and I’m so far over the edge right now, I can’t even see the line anymore.

Let just jump into it because I need to vent and then put this all behind me. If I don’t, I’m pretty sure I’m going to go crazy…….

After Gavin’s IVIG Infusion this morning, I sent him to his room to take a nap. He usually sleeps the rest of the day as his body tries to cope with the donor immune system he’s just received.

Lizze was sleeping and I screwed up by taking the Elliott and Emmett into the yard to play for a little while. Next thing I know, Gavin’s standing on the porch, wanting to know if he can play outside as well. 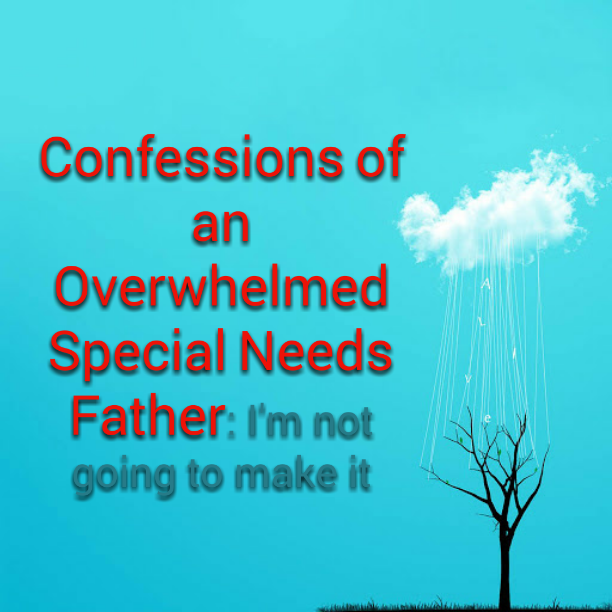 This is a tough situation because I’m not sure how to handle this.

The house rule is that when he’s sent to his room, he stays there until called down.  If he let’s himself out of his room without permission, there are consequences.  I know it sounds mean but you have to remember that this is an absolute necessity, in order to ensure everyone’s safety.

It’s a huge pain in the ass and I personally hate doing this but Gavin’s behaviors give us very little choice in the matter.

Anyway,  I wasn’t sure what to do with this because he did let himself out of his room and it wasn’t an emergency. At the same time, aside from waiting until we came back inside to ask if he could come down, he had no way to ask other than by letting himself out.

Right before bed tonight, Gavin broke the toilet again.  I say broke because it plunged and plunged and still can’t unclog it.  Our only toilet is completely out of commission.

Then he has the fricking nerve to complain that he can’t use the bathroom….

We’ve had to institute a rule in our house that Gavin, never, ever, ever, ever touches food related items, unless they are on his plate and they are for him to consume.  He can’t touch anything that someone else is going to eventually ingest. The overall reason is that we never know where his hands have been an personal hygiene is high on his list of priorities..

The newest reason for us doing this has to do with Gavin clogging the toilet and what he’s been caught doing, in order to try and free the clog.  Without making anything grosser than it has to be, I’ll just say that he’s been squishing up his poop in the toilet with his bare hands.

This doesn’t occur to him to be something completely unsanitary.  He just washes his hands when he’s done and goes about his day.

If he wants some fruit out of the fridge, someone had to get it for him.  He can’t reach his hand into the bag of chips to help himself.  Someone will put the chips on his plate.

Lastly, we learned that he’s been having accidents, every single night.

The only reason we found out this was still a problem was because he was acting as though he wasn’t talking us everything tonight when the toilet issues arose this evening.

After pressing him a bit, he told us that he’s having accidents every single night and has for months. While that’s concerning to us, how he handles it made my head what to explode.

He just keeps recycling all the urine covered clothes, never thinking it was necessary to get them washed.

We’ve had to talk to him about this before and so he knows that he would never be in trouble for having an accident.  He also knows that his dirty clothes go directly into the washer.  He knows that. ..

That explains the unexplained smell in his room.

I’m so frustrated right now and so overwhelmed by everything Gavin related.

We have to get him back to the Cleveland Clinic to find out what’s going on.  I mean, we were just there and had he told us before this evening, he could already be receiving help….

I’m telling you right now, I don’t know if I’ll survive the summer with Gavin living here.  It’s just way, way too much stress and anxiety.  It’s gonna kill me….

This doesn’t even include all the meltdowns and screaming fits that Emmett’s been having all day.

I have been following your blog for a while (as well as your wife’s). I honestly feel at this point you need to place Gavin else where (therapeutic foster home). I think that your ability to be objective (as anyone’s would probably be) is compromised. The fact that you continually refer to his behaviors as sociopathic (which honestly is not a clinical term, it is not in the DSM or the ICD) and say that he will be diagnosed the second he turns eighteen (even though that is four years away) and made a point of posting another RAD child’s story and state that she is NOT a sociopath (despite the fact that she tried to drown someone) I think kind of highlights the amount of stress and lack of objectivity you might be evidencing. I know no one walks in your shows. I can’t imagine the amount of cognitive dissonance it would require simply to manage your family (let alone your marriage and your parental responsibilities). You also point out how fragile his health his (which completely complicates the situation, psychoneuroimmunology as a field is still in its early stages at best). From reading your wife’s webpage, I know she also struggles with multiple co-morbid complications including borderline personality disorder (again not to even get into the neurobiology of trauma) and how that affects cognitive perceptions (black and white thinking) is complicated.
You have stated Gavin is on several psychotropic medications (actually one of the first two things that popped into my head when I read about his autonomic crisis was either neuroleptic malignant syndrome or dysautonamia, but I am sure they checked for those and have done a genetic work up on him!), and has been for many years (during formative brain development years). People’s metabolic responses can different and you have stated Gavin has a primary immune disease which predisposes him to medication complications.
I sense your growing frustration in your blog. I was saddened by your wife’s description of Gavin’s past RAD behaviors (and what seemed to be her anger at people’s suggestion that these behaviors would be fixed by “love”). I understand that you say safety is a priority, and at this point I think you also need to maybe consider temporary therapeutic foster placement. Gavin is living in a place where he can’t, well live. I know you all love him very much, but (not to quote a horrible cliche), sometimes love just isn’t enough.

ok out of curiosity. What is exactly is stopping up the toilet? Is it the actual “poop” or using way too much toilet paper, or a combination of both? If it is poop well there is not much you can do about it. If it is a paper issue there a few things that you can try and even if its a combination there might be a few solutions.

I do realize that it is incredibly frustrating. I have ‘been there; done that’. (Mine is now age 26.) It doesn’t really matter if he ‘knows that’…his brain doesn’t always use all of its reasoning ability. My son’s behaviors were very much the same when he was having psychotic breaks. Even when he was not psychotic, when he was mentally unstable, knowing something and actually accessing and using that information were two entirely different things. My suggestions: (1) “House rules” need to have exceptions – for example, he would not have to wait to be called in the event of a fire! Sounds like in this particular case, you are correct – he had a rule to follow, but no way to do the ask, so he took the logical step of coming out to ask. As to the toilet, at a minimum, there needs to be a plunger in the bathroom and he needs to learn how to use it. Many boys with these challenges have poop problems; my son stopped up a toilet at age 2! (how could 2 year olds have that much poop????) I would recommend a list of positive rules (that is, instead of “don’t stop up the toilet”, a list of suggestions for what he could do to not get into that situation in the first place, or, if it is stopped up, how to unstop it”. As to putting the urine-soaked underwear in the drawers…likely he really doesn’t smell the difference! “Knowing” that dirty clothes go directly into the washer isn’t working for him in his current thinking state. So perhaps try a Plan B – such as a bucket in the bathroom where he puts the dirties and brings the bucket to the washer once per day. When his brain is more stable, he may be able to follow the usual rule, but he can’t right now. (I use to judge how unstable my son was by the amount of poopy underwear I found in his closet, drawers, etc.) It is tough – awfully tough – but I’m living proof that it can get better. My son is far, far more stable at 26 than he was ages 8 – 21.

Well Gavin did one great thing- rather than bother and possibly upset his Mom when he came out of his roon he came down where you were. I totally see why you have the food rules, but am kind of surprised his teachers havent noticed a urine smell if he has been doing that for months. It would have been really noticable to them although maybe not to you if youre around him alot.
Is there any type of respite care or any program to get Gavin out of the house for even a few hours a day? Anything at all you can utilize? It’s going to be a long summer for sure.