Never Underestimate the Power of a Chicken -

Will you accept my #Autism Awareness month challenge?

Never Underestimate the Power of a Chicken

Never Underestimate the Power of a Chicken

(Based on an article originally published in the Washington Post)

When my son was in the third grade, he brought home a baby chick. That day Andrew, who has autism, had his first real conversation. But it wasn’t with me. It was with the little-mottled chick he named Frightful.

For the first time, he was able to string words together that revealed his hopes and dreams, and all the scary feelings that had no name. Stuffed into his jacket and zippered up to her beak, the scrappy little hen went everywhere.  It was clear that I was no longer the most important chick in town. 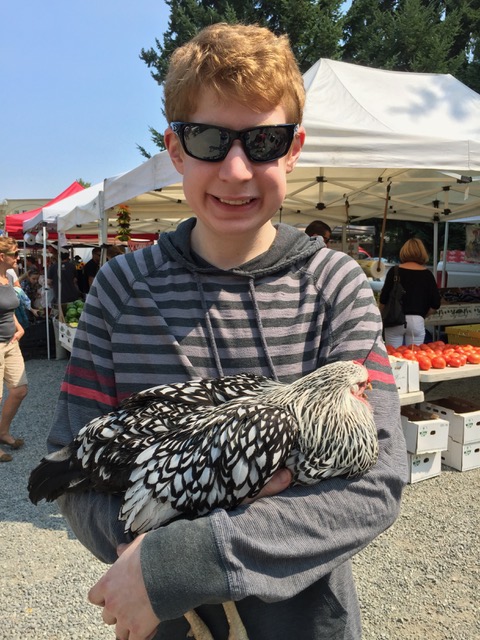 When I asked Andrew why he would only to talk to the little bird, he said, “Frightful makes me feel safe.” I was heartbroken. Didn’t I make him feel safe? Why couldn’t he communicate with the people in his life: his peers, his teachers, his own family?

Andrew told me I wasn’t as interesting as poultry. Worse, I didn’t play by his rules. I made him wear shoes, eat vegetables, and go to school – all the things he didn’t like to do. I asked him to look me in the eye, but he said it was too painful. When I asked him why he told me I wouldn’t understand.

But the tiny bird did. When he spoke, she would turn her head, blinking at him with a single yellow eye. She would perch on his shoulder, leaving his hands free to roam. She crooned a melody in his ear, telling him he was enough — he was perfect just the way he was. That chirping ball of feathers with yellow raptor-eyes had performed a mind-meld on my autistic son and captured his heart.

One afternoon I decided to make friends with the chicken.

“Is Frightful hungry?” I asked when the two were sitting on a kitchen stool. 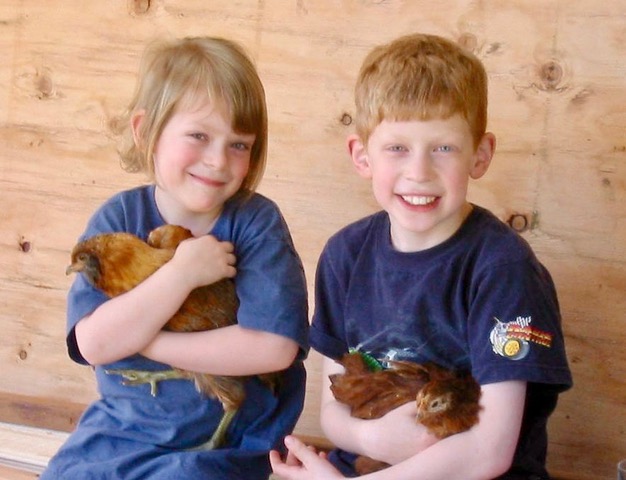 “Yes, she wants a peanut butter sandwich and one of those cookies,” Andrew said, pointing the little hen’s beak in the direction of the oven.

This was my moment to be Andrew’s necessary human, so I made lunch for the two of us and joined Andrew and Frightful on the front porch. We ate in silence mostly, stopping only to comment on Frightful’s new feathers and the fact that she had just begun to lay eggs.

“Frightful is happy,” Andrew mused as she pecked at the crumbs on his plate. 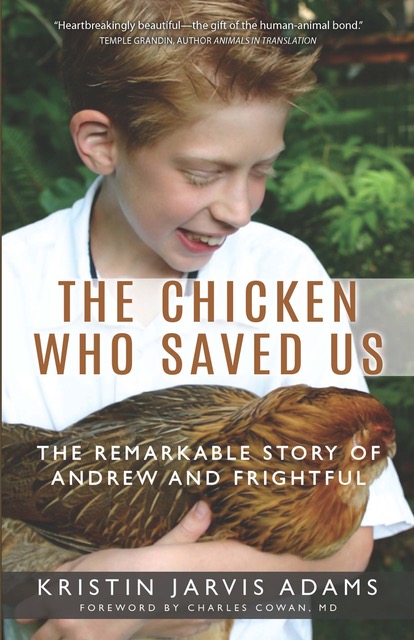 That afternoon I chose to join Andrew’s world — even if it was by communing with poultry. His little bird had given him a voice, and all she required in return was his company. I could do that, too. When we finished lunch, Andrew reached for my hand and squeezed, a wordless statement of love.

I squeezed back: Me, too.