I slept through the night

We all know that getting a good night’s sleep makes us feel great but few of us realize exactly how important it actually is for our long-term health.

You may have heard people talk about the importance of getting ‘eight hours a night’, well, to be honest, that figure is just a guide. Just like we’re all different heights we all require different amounts of sleep. For some seven hours is sufficient for others nine is the right amount. What the research is clear on however is If you’re getting less than seven hours a night then your health will suffer as a result. 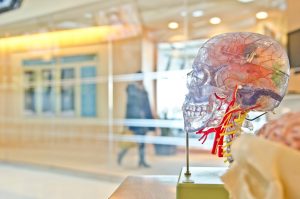 Individuals who constantly get less than seven hours a night are referred to medically as being chronically sleep deprived. If this is you, there is a chance you might not feel too bad at the moment but believe me, you’re doing the future you no favors at all in the health department.

Below are just three ways in which your poor sleep patterns may come back to haunt you like a bad dream.

Remember the 1980s? It was all big hair, shoulder pads and bands like Queen and Duran Duran dominated the charts. This was the era of deregulation when money never slept and neither did our political leaders.

Politicians such as Margaret Thatcher and Ronald Reagan boasted about being able to run the free world and face down the Red Threat on just four hours sleep a night. As well as their staunch conservatism another thing unites these two political titans, they both unfortunately suffered from Alzheimer’s in later life.

To researchers the fact two individuals who lived most of their lives in a chronically sleep-deprived state both happened to develop Alzheimer’s is absolutely no coincidence. The correlation between a lack of sleep and the debilitating disease is very strong.

When we sleep the brain uses this downtime to flush away the by-products of the day’s activity. When we’re sleep deprived this process is interrupted and works less efficiently and deposits of these waste products remain in place. One such deposit amyloid-beta has been strongly linked to the risk of Alzheimer’s disease.

So, if you want to continue remembering the 1980s it might be a good time to stop reading this and head to bed.

Increased risk of obesity and diabetes

I’m about to blow your mind with my next sentence. Staying in bed longer can help you lose weight! Yep, I know it sounds counterintuitive but lying around getting more sleep is unbelievably good for your waistline.

There are numerous reasons for this most of which relate to neurotransmitter and hormone regulation, something the body does very well when we get enough sleep but not so great when we’re sleep deprived.

One hormone impacted by a lack of sleep is leptin, known colloquially as the ‘obesity hormone’ as it controls our cravings. The less we sleep the less leptin we have in our bloodstream and the more calorie-heavy foods we crave.

Unlike leptin, we’d like less of the ‘fat hormone’ ghrelin swirling around. More ghrelin makes us hungrier. If we sleep well our ghrelin levels fall; so our desire for food falls.

And the impact of sleep on our weight doesn’t end there. Researchers at the University of Chicago have discovered that sleep-deprived fat cells suffer from something called ‘metabolic grogginess’. In plain English, that’s the body’s ability to use insulin properly.

Insulin tells fat cells when to remove fatty acids and lipids from the bloodstream. When sleep deprived these fat cells become up to 30% less responsive to the messages insulin sends out. As a result, the fat that should be burnt as energy is instead stashed in places it shouldn’t be, like our body tissue. This is how we become fat. And what’s worse is if too much of the fat is stored in the tissue of our liver we run the risk of developing diabetes. Yikes!

For more surprising facts about sleep, why not pay a visit to the Sleep Advisor for up to date science-backed information on all things slumber-related.

It’s not just our physical health that suffers as a result of chronic sleep-deprivation, there is also a strong and well-studied link between poor sleep and poor mental health.

Those who sleep poorly are far more likely to also suffer from issues such as anxiety, stress, and depression, and individuals who are anxious, stressed or depressed are much less likely to sleep. An unfortunate cycle indeed.

Alarmingly but not surprising considering the link between sleep and mental health, is the fact that chronic poor sleep has even been connected to a higher rate of death by suicide.

So, what exactly is going on? Well, medical science doesn’t have all the answers just yet. What we do know is that a whole host of vitally important processes take place while we’re at rest. Again, many of these involve the regulation of neurotransmitters and stress hormones levels in our system. If we’re chronically sleep deprived this regulation is constantly disrupted, causing imbalances and impairing our emotional regulation. The impact of these disruptions can then either trigger or amplify the effect of pre-existing psychiatric disorders.

Well, there you have it – three ways in which sleep deprivation could affect your health in later life. If these haven’t alarmed you enough, I’m sorry to say that the list of health conditions that sleep deprivation negatively impacts upon is almost endless. And if that doesn’t make you lose sleep I don’t know what will? Sorry!

I’d like to add that sleep apnea is very bad. It does shorten one’s life. Essentially, one is waking up many, many times during the night but not staying awake long enough for it to stay in your memory. People who have sleep apnea may remember waking up for several times at night. For myself, I found out I was waking briefly nearly (gulp!) 50 times an hour. If you’re older, snore, and overweight, you mostly likely have it. It’s worth checking out. A person with sleep apnea almost never feels refreshed after sleeping, no matter how many hours.