I posted something earlier about “breaking the cycle”.  In order to try and get everyone in a better place,  I decided that we would all go out to dinner.

My goal was to remove everyone from the chaos long enough to hopefully break up the tension and allow everyone to get into a better place.

Well,  we went out to the local Chinese buffet tonight. I would say it went well but that wouldn’t exactly be the case. I think that overall,  they did pretty well considering.

Gavin demonstrated once again that he has no filter. He talked,  in a very loud outside,  about needing to go to the bathroom.  He also used alot of detail,  enough so that it was disturbing to those around us trying to eat.

Emmett got up at one point and tried to run up to the buffet because he saw a cranky crab in with the sushi.  What he saw was fresh crayfish and it reminded him of his blue crayfish that lives in his fish tank.

After we got Emmett sitting down again he did well.  However,  as I was taking the picture of him below, his chair fell back and he toppled over.  He wasn’t hurt but he was crying and saying “I’m sorry,  I’m so sorry”.  I scooped him up and told him it was and he had nothing to apologize for.

After that we were pretty much done and it was time to get going.

It could have been much worse and in the end,  despite the challenge,  everyone was in a better place now. In my book,  that’s a success. 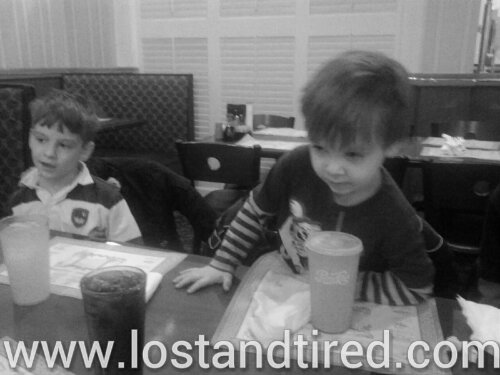 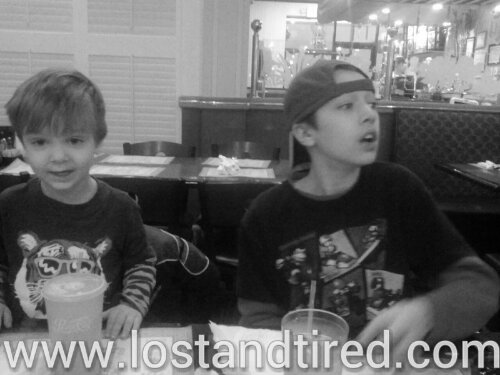