The day the DSi disappeared


I made the mistake of mentioning to Elliott on Thursday night, that he was having a hearing test, Friday after school. I was thinking…..well to be honest, I don’t know what I was thinking.

Elliott is our most typical child. While he has Aspergers, most people wouldn’t notice anything.

Having said that, Elliott is not without his challenges.  The biggest of which is anxiety. Elliott is a walking, talking, compressed balk of anxiety that can meltdown at the slightest disruption.

I said above, that I didn’t know what I was thinking when I mentioned to him about his doctors appointment.  No sooner did the words leave my mouth…..Elliott slipped into full blown panic mode.

There is no rationale to his panic and absolutely no calming him down. He literally cried and cried, all because he was having his hearing checked. He couldn’t sleep that night and had a rough day at school the following day.

God love him, Gavin even offered to go with Elliott so that he wouldn’t be scared.

Elliott was very difficult to work with until the appointment ended and he realized everything was going to be OK. Honestly, hearing tests are as benign as they get. No needles or bloodwork.

Still, Elliott struggled. Oddly enough, he actually had fun at the test and the staff did a great job of working with him.

When they called him back for his turn, you would have thought we walking the green mile on our way to his execution.  He had tears pouring down his little face and he was shaking as he held on to my hand for dear life.

He ended up doing great though and his hearing is perfect.

This is just another example of why you shouldn’t judge a book by its cover. Though Elliott appears to be like most other kids, it doesn’t take much for him to slip into a crippling anxiety attack. 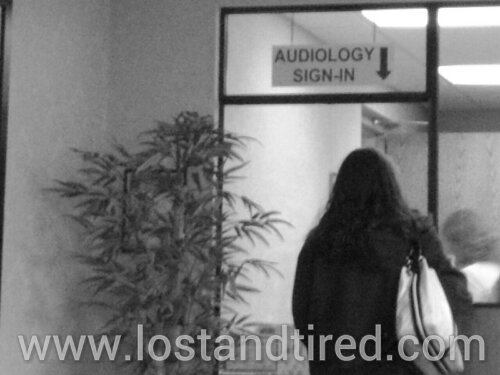 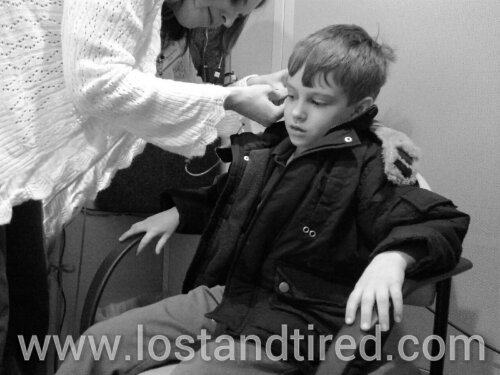 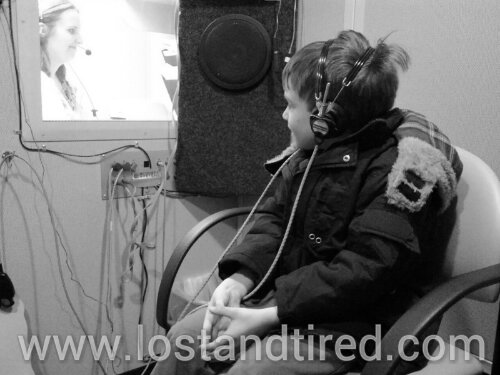 I am an HSP and although I do not have Asperger's – many HSP's do – I have found that one of the most beneficial things for me for calming is reiki. You can learn reiki and he could too in the future. EFT is another one that comes to mind. This link offers some popular tools and references: <a ref:"http://www.hsp-stress-relief.com/awaken-healing-energy.html#axzz1ip4kAPEO&quot; Energy Healing</a ref>

I hope this helps.

People think we are crazy not telling our kids what our plans are until we are heading there for the same reasons. If "plans change" we could have huge panic and upset and not be able to understand why. Or also like your son have anxiety for days in prep. My eldest has been on a low dose (like the tiniest drop) of Prozac for his anxiety for years. We took him off at one point to see if it mattered and it did. It doesnt take everything away, but it curbs it and makes it manageable for him. ((hugs)) to you and yours. I say thats HUGE progress to sit and make it through a test like that successfully

You should have just told him that his future wife goes through the exact same hearing test two times a year! 🙂 <3 LOL

the next hurdle will be that elliot will decide that hearing tests are more fun than school so demand them constantly (do you hear the voice of experience here?) no pun intended. even though my daughter is now 18 we are still riding the bucking broncho when something has to be scheduled in i like your blog and your family experiences it makes me feel less isolated. hugs to you all