Do you ever miss your life before #Autism?


All day today,  Gavin has been constantly telling me what he’s thinking.  I mean that literally.  For example,  he says something like this,  dad,  I’m thinking about going up the stairs to go to the bathroom.  Then I’ll come back down the stairs.

This is just one small example of that he’s currently doing.  He used to don’t his before and it would drive me crazy.

It’s like every two seconds he’s telling me something else that he’s thinking about. I’m always up to hearing what my kids think but this is straight up exhausting.

He also repeats himself as well.  He’ll tell me something,  and then a few minutes later, he tells me the same thing again..

I haven’t seen this from him in quite some time.  It was frustrating then and it’s frustrating now.  It’s very much like the filter that normally catches all these random thoughts before they escape his mouth,  is missing.

However,  for the record,  I know it could be worse but that doesn’t mean that this isn’t completely overwhelming and exhausting anyway. 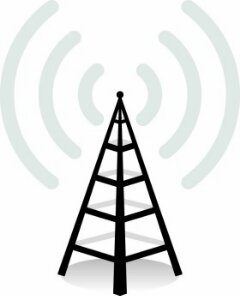 Hearing the same exact thing,  over and over again is enough to drive me crazy.  Add to that the constant onslaught of totally random thoughts being forcefully broadcast at me, no matter where I going the house.

I’ll just say it gets old and then painful.

Anyone have experience with this type of thing? How do you cope? I mean,  it reaches a point where filtering it out become very, very difficult.

I have often gotten to the point where I will tell one of the children to rest their lips because my ears are tired.  Doesn't work for long, but usually give me a 3-4 minute break.

@lostandtired  @KathyKohlBuehler That's a great idea. You never know who might actually be interested by her random musings..

Yes, we get that with both kids because of their PANDAS, mostly during flare ups of their condition. It  causes alot of OCD and repetitive behaviors, inappropriate thoughts and actions, etc. The oldest unfortunatly likes to repeat certain cuss words over and over at times. nothing works to stop it. He picked that up two years ago from another kid at school and still hasn't stopped. The other night my youngest was having a flare up and kept repeating "Your mama's a trash can, trash can, your moma's a trash can" over and over. Then the oldest started up with some equally weird phrase from a TV show he watches, and between both of them it was like a strange nightmare.

My dad with Alzheimer's did that Kindof thing, used to drive my mom batty.Mostly what she did was try and hide in bed as long as possible each day. NOT such a wonderful plan. I wonder if the Alzheimer's support systems have any tips?

Marc does this on occasion.  if he hears a song, he will repeat one line from that song until he goes to bed.

@Carlyoung does he ever talk in rhyme?

@lostandtired  @Carlyoung yes, he thinks that he is a hip hop mogul.

Every blessed day, from when daughter wakes up til she goes to bed.  I find myself giving ridiculous answers back, which causes her to repeat herself, for clarity I guess.It is definitely a form of torture.  She follows me everywhere, knocking on doors etc to tell me her thoughts, which are generally about her anamie characters, or some other random thought. that has nothing to do with anything actually going on..  She is 24, and I have never had a normal conversation with her yet. Earplugs?? Ignore him?? Answer the neutral, ohhhh….?? Lock yourself in the basement??Told her to write everything down for me to read later, not really successful~~ Bless you!

@KathyKohlBuehler what about having her record her thoughts? Perhaps, help her start a blog so she can share whatever random thing that pops into her head. Might help. 🙂