I wouldn't wish this on anyone -

Do you ever feel like you have forgotten something?

Looking for an easier way to de-bone chicken

I wouldn’t wish this on anyone

After meeting with Dr.  Reynolds this afternoon, the general consensus about Elliott is that he is severely depressed.  That probably won’t come as a shock for some of you but it was devastating for me as his father hear that.

Dr.  Reynolds is very concerned at this point and that concerns me.  In our 7 year history with him, he’s been pretty conservative. He’s not one to throw labels around. 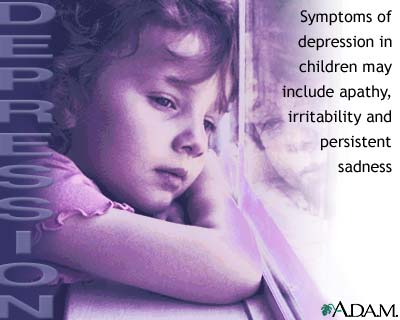 Anyway, the problem is, aside from the obvious, that Elliott can’t take any type of SSRI. You may recall the whole Zoloft incident last year.  If not, just search for in the the search bar on the left.

This doesn’t leave many options.

Wellbutrin is the best option. The problem is that it isn’t typically used on kids and it’s known to cause seizures.

You may recall, last year Elliott was evaluated for seizures.  While his EEG was abnormal and he had all the markers for someone with seizure activity, nothing ever showed up. His shaking was something else and not seizures.

However, Elliott is right on the line.  Within his brain, the right conditions exist for him to begin having seizures at anytime.  This makes the risk of Wellbutrin even higher.

I don’t know what to do.

We see Elliott’s pediatrician this week for a full work up.  We also need to speak with his neurologist about the risks of Wellbutrin or any other anti-depression medication.

After seeking everyone’s opinion, Lizze and I will have some soul searching to do.

There is too much to deal with right now.  There’s so much that I can’t focus on any one thing.  Everything is absolutely urgent and extremely important.  I wouldn’t wish this on anyone.

@rob:  Everything about Wellbutrin is good, so don’t worry. If Elliott is having anxiety most of the time, he will likely have depression–they are commom comorbidities. Wellbutrin will help alleviate ADHD symptoms if he has them already. Sometimes the psychiatrist needs to isolate one problem and prescribe from there. Keep in mind, anxiety can be helped with Cognitive Behavioral Therapy, or just “parent to child talk” on thoughts and fears and what to do about them. This is more crucial than medicine because it is important to cognitively work things out with peers, siblings, and authority figures (such a parents/grandparents/teacher) through positive communication. Though Gavin is the older brother, make sure Elliott can rely on himself–because it is so conflicting for him to want to look up to his older brother even when there is a lack of communication or when there are strained relationships between them. It would make me feel depressed if I can’t have a good relationship with Gavin. I feel the pain of the little brothers–they want him to be okay but want to know how to help him. This is natural. Have them focus on helping themselves before thinking or worrying about Gavin. Kids look up to us parents to understand the world around them so always keep a positive mindset and allow Elliott to solve problems with you and Lizze. Elliott has it in him to find the answer–he just needs reassurance and praise when he feels fear or self-doubt.

Looked into the option of an SNRI instead of SSRI? http://www.wdxcyber.com/ssri-or-snri.html

It’s not all bad.  You now know what is going on with him, I understand the risk any meds have on our kids.  You may see a whole new kid soon if started on the antidepressions and possably a child that could have seizures.  Sometimes we parents have to roll the dice, way the options and pray to God we’re making the right decisions.  I have mentiomed before I have gone through cancer, kidney removal and other various health issues, 21 y/o on the serious end of the spectrum, an older child causing major issues in our live and I was hit with severe depression out of the blue.  I was able to deal/handle with all my other life issues, but the depression was the worst.  I was put on Welbutrin and had immediate results, when it usually takes several weeks to feel a change.   I know everyone handles meds different, but I would treat the obvious now, help him enjoy being a kid again.  Sorry for your complications is your family right now, hang on and hang tight.

@lyndavisyak very said. You’re right in many ways. Hopefully we’ll be able to figure out what’s right and do it. Thank you for your support. 🙂