Is it Celiac Disease?


Let me start this post by saying this. Real men don’t abuse kids with Autism or any kid for that matter.

Typically I tend to be a voice of reason. I try not to judge others and I attempt to discourage others from issuing judgements as well. While I’m far from perfect, I do try to lead by example. However, every once in awhile something comes along that has me so outraged that I simply react as a father and human being.

Instead of trying to keep my emotions in check, I’m just going to let them out. Think what you will but I would guess many others will feel the same way after watching this video. This is very difficult to watch and if you’re prone to swearing, watch this out of earshot of the kids.

David Baier is a teacher at Alternative Education Foundation in Miami, Florida and stands accused of abusing a 12 year old with Autism. I’m not sure that accused is the right word to use as you can plainly see that he’s guilty. Apparently this occurred last August and the prosecution just released the video of the incident.

The whole thing started because this child was being fidgety and not staying still in his seat. David Baier yells at the child to  “Get up.” When the child stands up, Baier says, “You lost the chair. Get up, you gotta stand.”

As if that wasn’t bad enough, he goes on to say. “If you can stand for 5 minutes without annoying me I’ll give you back the chair.”

When the boy crouches down on the floor, Baier shouts “Stand up now.” 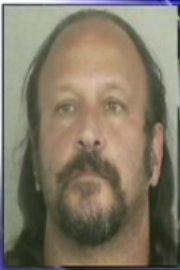 The child says “I don’t wanna,”

This is when Baier really loses control. He responds the child crouching on the floor by saying  “Good. I was hoping you’d say that. Now, stand up and face me or I’m gonna have to do something worse. Do you understand?”

You can see in the video that this is when Baier pulls the child up off the floor by his hair. Instead of stopping there, he escalates and says  “I was gonna say if you do that again, I’m going to slam you but…”. At this point the child is screaming “No, no, no, no,”. The poor child is terrified and cowering in fear.

Baier doesn’t stop there. At this point he throws the child to the ground and the child is left crying on the floor.

Apparently this boy had misbehaved on a field trip. However, considering that this child is not allowed to fidget in his chair, it makes me wonder what actually happened on the field trip. To be completely honest, I would believe a word that came out of David Baier’s mouth.

What kind of person would do this to a special needs child? Taken a step further, why in the hell is this guy working in a special needs school? Sadly I would expect something like this from a public school system not a school that is supposed to specialize in Autism. I don’t even know what to say about this.

I know that I’m not supposed to say things like this but if that happened to any of my kids, I’m pretty sure that I’d be going to jail. That wouldn’t do anyone any good but sitting here watching this guy bully, mock and physically abuse this little boy fills me with rage. How many of you out there are thinking the same exact thing? At least this boy was able to tell his parents what happened.

What if he was nonverbal?

Can you imagine the fear that child would feel every single day? There are also allegations that this same school was using hot sauce to punish the students as well. This is insane…….

I want to know what you all think about this. I can’t imagine a world where anyone would try to justify what this douche bag did but if someone does, let’s remember that we are all entitled to our own opinions.

That man should not abuse special needs individuals.

Slime of the earth …. a bully of disabled children. I know a few people who would like to have just 5 minutes alone with this disgusting slug.

I’m not sorry when I say that, if thats my kid, he’s a marked man, he would need to watch vey carefully over his shoulder because I am coming for him.

so angry to watch this!!!

I read once about a girl with some mental disabilities — I don’t remember if she was autistic or what — who was in special ed, and her teachers were bullying her. Just verbally, calling her fat and stuff, and also forcing her to run on the treadmill as punishment for things. She complained several times and her mom went to the administration, but they didn’t believe the girl. So Mom wired the kid and got a recording of the teacher saying horrible things to the girl. The school’s response, if I recall right, was to whine about how Mom shouldn’t have planted a hidden recording device and it was a privacy violation. *headdesk* I don’t remember what happened to the teacher in that case, but she was publicly shamed on the internet and I hope she never works with children again.

Whats with that Mom in the car that’s not worried about her child after finding out the things that have been going on?

lostandtired That’s exactly what I was thinking. She didn’t seem at all concerned or even outraged by what was purported to be going on at the school. That teacher obviously has some anger management issues and seems to feed off intimidating vulnerable children. A person like that has probably done stuff like that before to other children.