I’m so proud of my boys


A few things have changed since my last post. (See here) We’ve found Elliott’s pants, which is a good thing regardless, but it means he has something to wear to run in. Elliott has lots of pants but only one pair of wind pants cause he doesn’t like wearing them.

Anyway, the weather is still crappy but the boys are really motivated to push through this and frankly, I don’t want to stand in their way.

At this point in time, we look to arrive for the race at 1PM and meet everyone who’s coming to cheer them on. One of the concerns we had when this race first came up was letting the boys run without one of us being there with them. There are a million things that could become problematic and Emmett is especially susceptible. 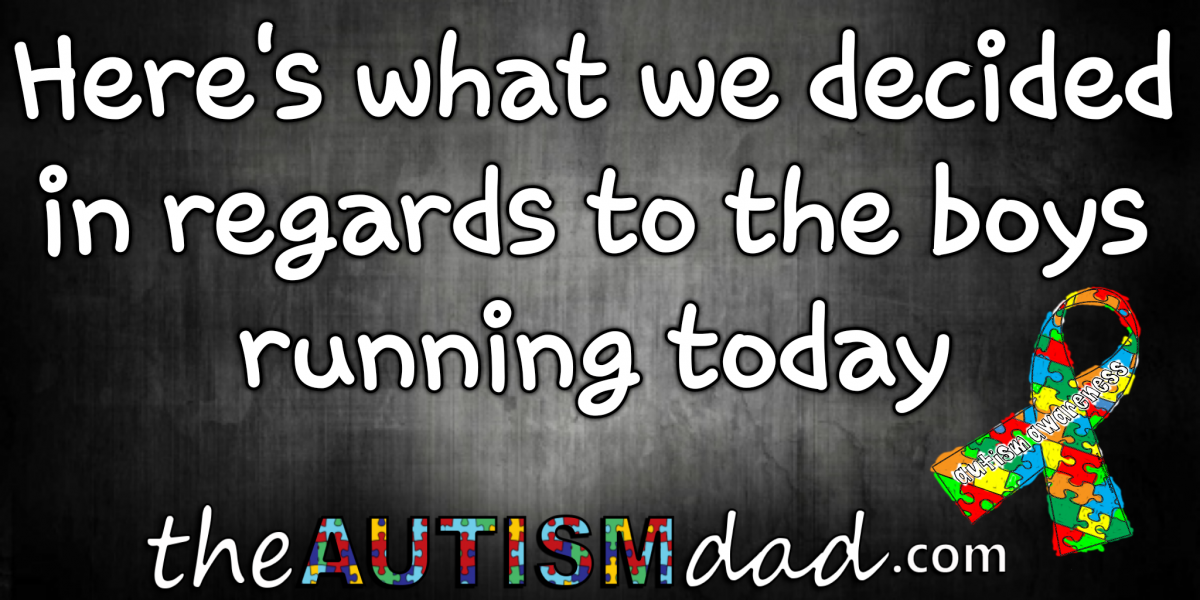 We addressed that because my sister, a pretty hardcore marathon runner got permission from the people setting up the race, to run with the boys. I guess they don’t typically let adults run with the kids. I’m not sure why that is or perhaps I misunderstood the rules.

My sister will be there if anything happens and it gives the boys a little more breathing room because it won’t be mommy and daddy standing over them. Does that make sense?

In fact, my sister is picking the boys up and taking them early because there’s a race expo where she’s picking up her stuff for the actual marathon tomorrow. The boys are super excited at this point and frankly, we’re pretty excited as well. ☺