I admit it. I’m judging the crap out of these two monsters (Viewer Discretion Advised)


This morning is already taxing what’s left of my sanity. Gavin will not stop talking and I’m pretty sure my head is going to explode, so you might want to take a step back.

He’s manic and this isn’t his fault but holy crap, his random thoughts are endless.

Dr.  Patti said that this is a manic thing with a smidgen of wanting to be the center of attention. From my perspective, that actually makes a great deal of sense.

This morning, we are watch cartoons on Netflix and Gavin is giving us a play by play of what’s happening.

It’s a lot like going to the movie theater and sitting next to someone who just won’t stop talking the entire movie.  You get to the point that you (or at least I) want to dump your popcorn over their head and tell them to shut up.

Obviously we don’t do that to Gavin but that doesn’t mean that his talking is any less annoying.

I make it a point to sit and actively listen to him every single day.  I do the same thing for the other boys as well.  It’s important for them to feel they can talk to both Lizze and myself.  However, Gavin isn’t satisfied with that. 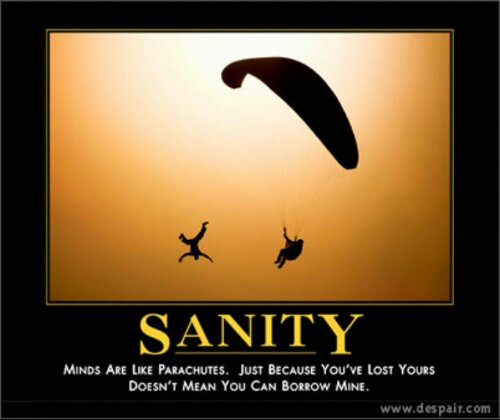 He’ll get up and follow you around the house and continue talking.  It becomes like nails on a chalkboard after a short while and I have to once again sit him down and nicely tell him that he’s talking to much.  I explain that I want to know what he has to say but my ears need a break.

I also explain that when he talks like this, he can make people uncomfortable and so sometimes, less is more.

He’ll say, “okay, sorry Dad”, as he stares at me with a and expression that tells me that he has no idea what I’m talking about.

It’s confirmed that he doesn’t understand when he immediately picks up where he left off.  Either that or the impulse to talk is much stronger than he can control, which is likely especially when he’s manic.

Either way, I’ve gone ahead and added my sanity to the endangered species list as I foresee a very near future, in which my sanity is all but extinct.

My son is 15, and we have the same problem. It feels really mean to say he drives us nuts, but he does. The constant and relentless questions and chattering just never stop. It would be one thing if whatever he’s obsessing about at the moment interests us, but it never is. It is SO mentally exhausting, and it’s a very real problem in our family. I’ve been trying to teach him that in life, he’s going to need to try to tone it down, and to try to include the interests of other people. He tries, but it’s like trying to stop a bursting  dam by plugging it with a finger, it’s going to blow no matter what. Latest barrage of information: anything and everything to do with what they’re selling on Home Shopping Network. If anyone wants to know the latest deal on an indoor rotisserie, he’s your guy.

spachili I can son totally relate.  Gavin’s the same way with the prices of the toys that he wants.  I always joke with my wife that he could break even the hardest of terrorists and get them talking, without having to lay a single finger on them…..
I get it. …..

How about setting an alarm clock or egg timer – something very tangible.  “I’d love to listen to you talk, but I need 10 minutes to clear my head.  When the ringer goes off, come and find me and I can listen better.”
He might be bored, too.  Do you have a computer web cam that he could use to create videos of himself?  He could narrate TV shows or do his own newscast or tell stories.   Might be a creative outlet for his natural inclinations….

dotdash that’s an interesting idea.  He can actually do that on his tablet.  Thanks for the idea……  🙂

AMEN.  my older son is not manic, however, you just described his continuous speech regarding his areas of interest to a tee.  my husband and I are ready to scream by the end of the day most of the time

jjean3940 my friend, you are not alone.  It wears you down and drives you crazy.  I live there. In fact, I live downtown there.